Although the terms blanching and parboiling are frequently used interchangeably, there is a difference between them. Blanching refers to the method of rapidly dipping a food item into boiling water and then rapidly chilling it by then dropping it into ice water. Parboiling refers to a rapid boiling process, but not to a rapid chilling process. Parboiling is frequently used to pre-cook a food item which will then be cooked in a different way such as boiling, stewing, grilling or stir-frying. Parboiled rice is the best example of parboiling products. Blanched food is an uncooked/mild cooked product whereas parboiled food is a pre-cooked product. This is the main difference between blanching and parboiling and both cooking methods are utilized in home cooking as well as the food industry, yet are closely interconnected. The purpose of this article is to identify the difference between blanching and parboiling.

Blanching is a method where food is boiled in 100°C water for a short time (1-2 minutes) and then put immediately in ice cold water to halt any further nutritional losses. Some blanched vegetables may need to be squeezed to get out the excess water before consumption. It’s often used for fruits and vegetables that are going to be eaten raw or use for salad preparation. It’s a technique used to deactivate colour changing enzymes such as polyphenol oxidase enzyme. Blanching can also be used for removing off-colour and off-flavours (bitterness) from foods, and to soften vegetables before roasting them. 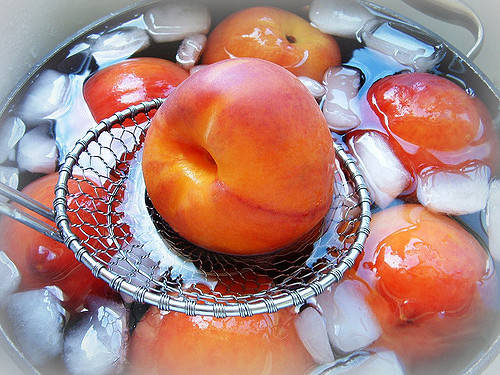 The word is frequently used when mentioning to parboiled rice. Typically, the purpose of parboiling is to cook an item to speed up the cooking time for the subsequent cooking method. The food items are put into boiling water and cooked until they begin to soften, then removed before they are fully cooked. Parboiling is frequently used to partially cook or pre-cook a food item which will then be cooked a different way. Parboiling differs from blanching since it does not rapid cool the food items using ice water after removing them from the boiling water. Raw rice or paddy is parboiled, and this process usually changes the colour of rice from white to light reddish. Approximately, half of the world’s paddy production is parboiled, and the treatment is practiced in many parts of the Asian and African countries such as India, Bangladesh, Pakistan, Malaysia, Nepal, Myanmar, Guinea, South Africa, Sri Lanka, Nigeria and Thailand. 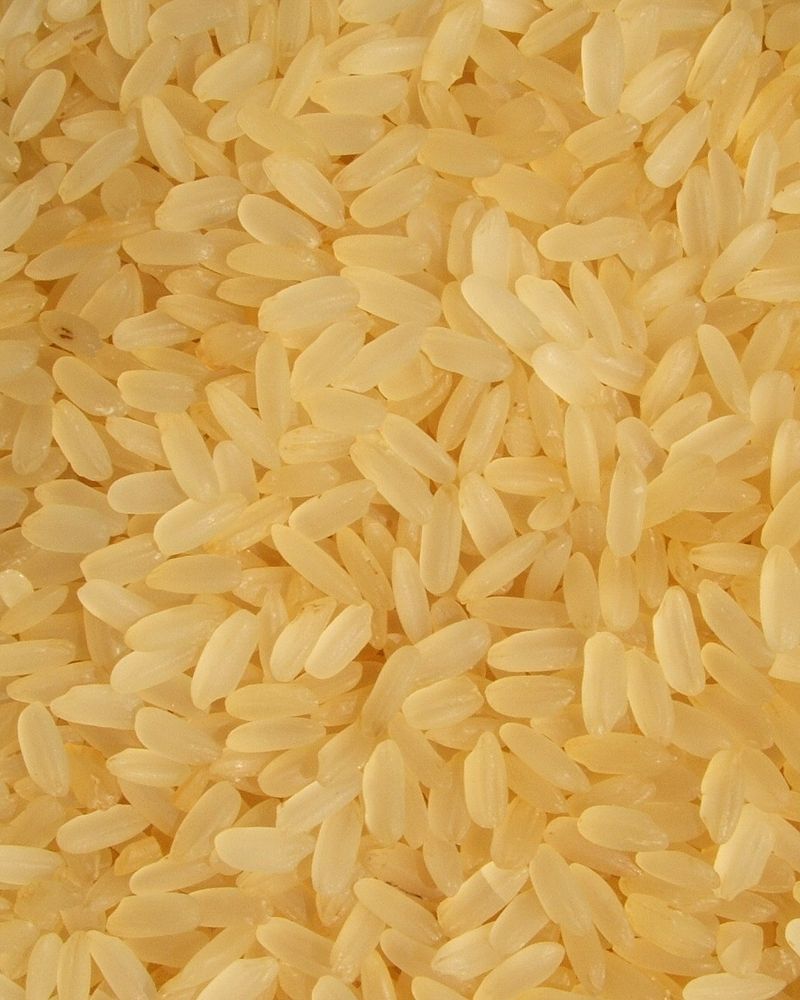 Difference Between Blanching and Parboiling

Blanching and parboiling process may have substantially different cooking conditions and some organoleptic properties of finished products. These differences may include,

Blanching: Blanching refers to removing the peel by scalding or immersing temporarily in boiling water.

Parboiling: Parboiling refers to boiling until partially cooking or boiling in a half of time of cooking.

Parboiling: Three basic steps of parboiling are soaking, steaming or boiling and drying.

Use of Food Additives

Blanching: Sometimes, calcium is added to reduce the softening of vegetables and magnesium salt is added to prevent degradation of chlorophyll or retention of green colour.

Parboiling: Additives are not commonly used.

Blanching: The food is boiled for 30 seconds to 1 minute and immersed in 0-4°C water. Hot water is at temperatures ranging typically from 70°C to 100°C is used for boiling.

Parboiling: The food is boiled for 3-20 hours depending on the method of parboiling such as traditional method or modified high pressure or steam generation method. Therefore, parboiling process takes more time and use high-temperature hot water or steam compare to blanching.

Cooking Stage of the Final Product

Blanching: Only the outermost layer of the food is cooked.

Parboiling: The entire food is cooked and known as a pre-cooked product.

Blanching: Some water soluble and heat sensitive nutrients can be destroyed. (Eg: Vitamin C, Vitamin B)

Parboiling: Minimum nutritional losses can be observed. Nutritional value of parboiled rice is enhanced because vitamins in the husk are transferred into the center of the rice grain during the process of parboiling.

Blanching: Deactivation of enzymes is the major chemical changes occur during blanching.

Parboiling: The starch content in parboiled rice become gelatinized, and then retrograded during storage. As a result of gelatinization, alpha-amylose molecules leak out of the starch grain complex. Cooling during the parboiled rice storage brings retro-gradation where amylase molecules re-associate with each other and form a closely packed arrangement. This growth and the development of type 3-resistant starch can perform as a prebiotic and benefit gut health in humans.

Blanching: Mainly fruits and vegetables are cooked in this method.

Parboiling: Mainly rice and nuts are cooked in this method.

In conclusion, either blanching or parboiling, food undergoes the boiling process, and the difference is that blanched food is given an ice bath after the boiling to prevent the overcooking, a step not required when parboiling. Thus after the process of parboiling, the food is fully or partially cooked.

“Photo of Blanching” by Foodista (CC BY 2.0) via Commons Wikimedia