Some elements can exist in different forms known as isotopes. Isotopes of an element contain the same number of electrons and protons, but a different number of neutrons. Hence, even if it has the same element, their mass is different. The mass number of an element is the sum of neutrons and protons in its nucleus. Thus, isotopes are denoted by their mass number. For example, carbon is an element that exists in three forms; in other words, carbon has three isotopes: carbon-12, carbon-13 and carbon-14. The mass number of carbon-12 is twelve as it contains 6 neutrons and 6 protons. Likewise, carbon-13 isotope contains 7 neutrons and 6 protons, while carbon-14 isotope contains 8 neutrons and 6 protons. Most elements with isotopes have one major isotope present abundantly in nature while the rest of the isotopes present in very small proportions. Hence, when considering the relative atomic mass of an element, it is usually assumed that the relative mass number is equal to the mass number of the major or abundantly existing isotope. The main difference between carbon 12 and carbon 14 isotopes is their stability;  carbon 12 isotope is more stable than carbon 14. 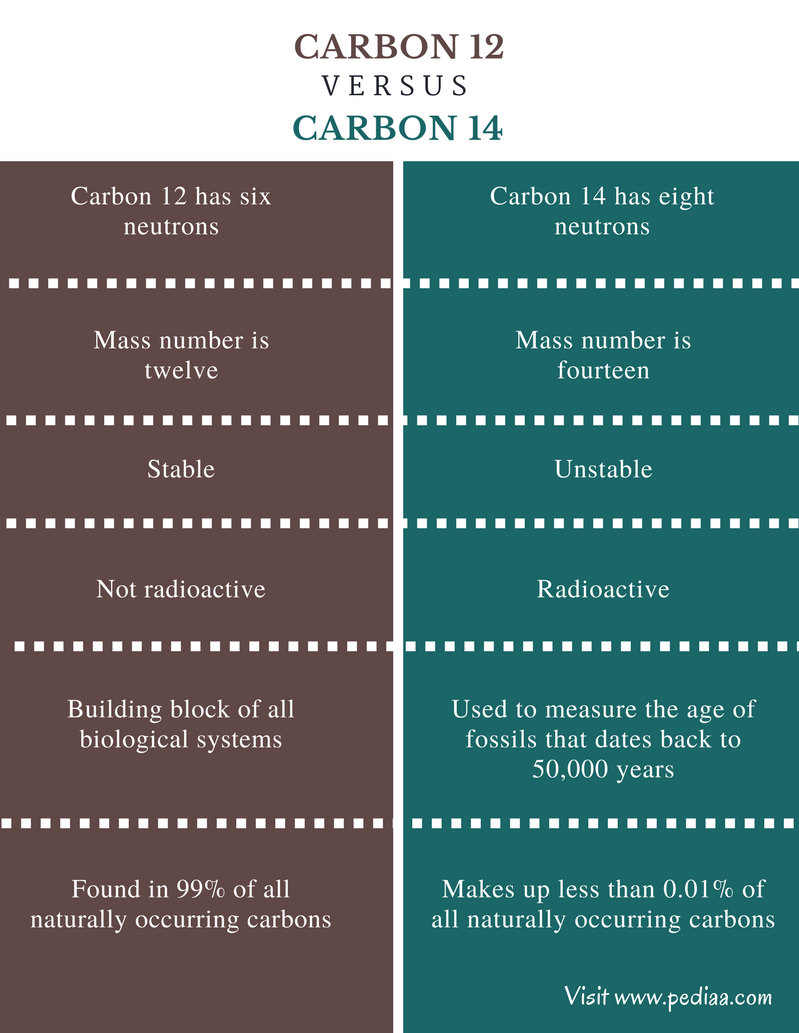 Carbon-12 isotope is the most abundant carbon isotope that makes up of about 98.89% of all naturally occurring carbon. It is found in all biological systems. Carbon-12 atom contains 6 neutrons and 6 protons in its nucleus. Carbon-12 isotope is stable and not radioactive. Therefore, it does not decay, unlike carbon-14. Carbon-12 atom is used to define the relative atomic mass scale, where the masses of other atoms are compared with the mass of an atom of the carbon-12 isotope. Here, carbon-12 is taken as the standard atom. The relative atomic mass (RAM) of elements is shown in the periodic table. Just like the RAM, the mole is based on the carbon-12 isotope. The number of atoms in 12.00 g of carbon-12 is taken as the standard to define the mole. The exact number of atoms in 12 g of carbon-12 is found to be 6.02 x 1023. An Italian Chemist, Amedeo Avogadro discovered this number in the nineteenth century. This number is defined as the Avogadro constant. The unit of Avogadro constant is mol-1.

Carbon-14 is the unstable isotope of carbon and contains 8 neutrons and 6 protons; hence the mass number is 14. Unlike other isotopes of carbon, carbon-14 is radioactive; thus, it decays with time. Carbon-14 isotope makes up of about less than 0.01% of all naturally occurring carbon. The decaying action of carbon-14 is spontaneous. Carbon-14 decays to form nitrogen-14 atom. Organisms gain carbon-14 during photosynthesis or while eating organic matter. When the organism dies, it stops taking carbon-14 sources. With that, carbon-14 starts to decay and becomes half of its initial amount in about 5730 years, which is called the half-life of carbon-14. The remaining amount of carbon-14 can be measured and compared to the amount present in most living specimens. By doing that, scientists can decide the age of fossils using carbon-14. However, carbon-14 is applied to fossils that are older than 50,000 years because the radioactivity of carbon-14 isotope becomes very slow after 50,000 years. 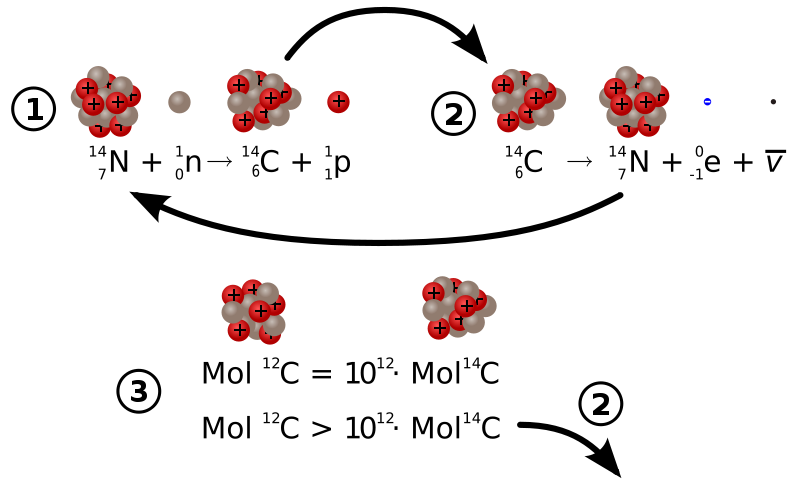 Figure 1: Formation and decay of Carbon-14

Difference Between Carbon 12 and Carbon 14

Number of Neutrons in an Atom

Carbon-12: Carbon-12 is not radioactive.

Carbon-12: Carbon-12 is the building block of all biological systems.