The main difference between carbs and calories is that the carbs are organic compounds, comprising of one H2O molecule per carbon atom whereas calorie is the measurement of the energy content of a particular food or the amount of energy released by a physical activity. Furthermore, the main role of carbs in the body is to serve as an energy source while calories come from carbs, proteins or fat.

Carbs and calories are two important parameters when talking about the energy used by the body during various functions and basal metabolism. 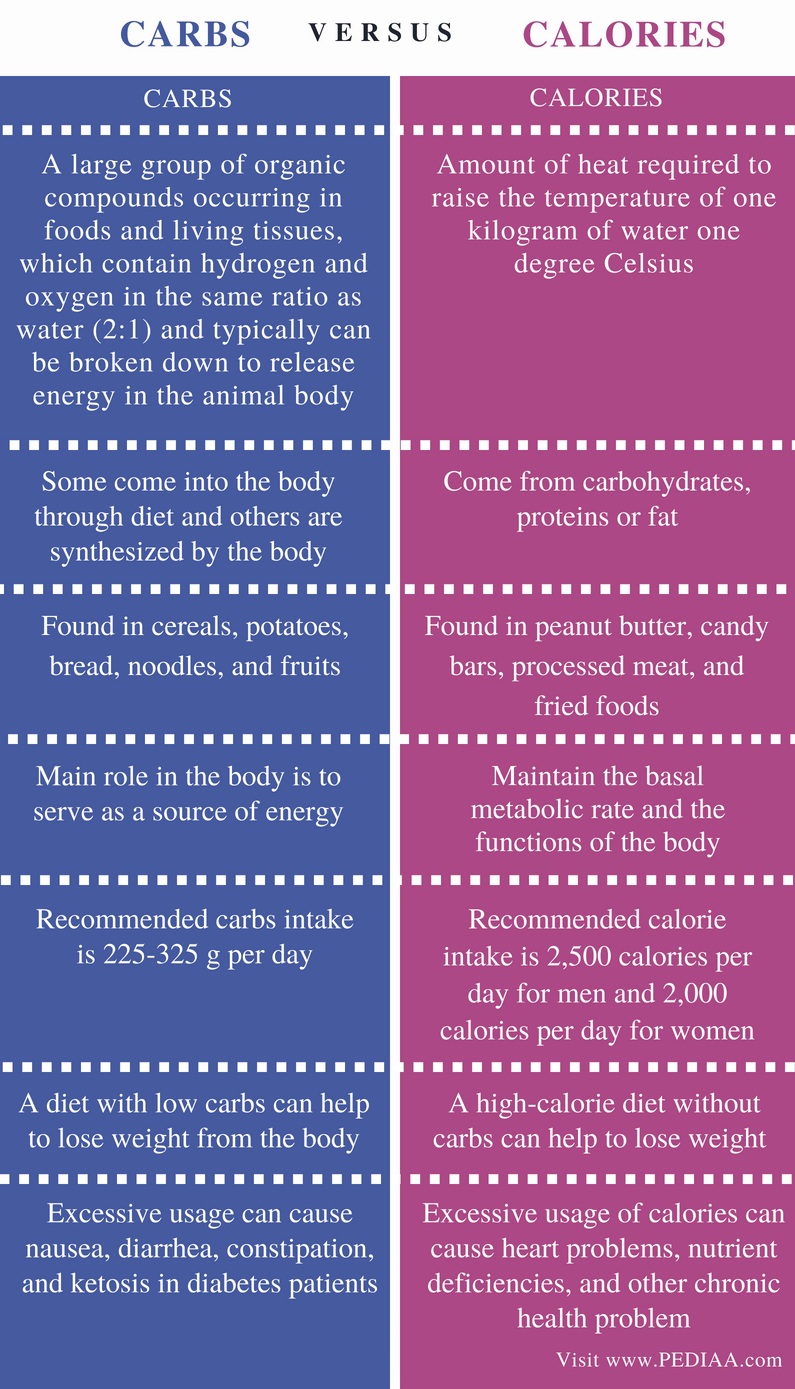 Carbs or carbohydrates are biomolecules made up of carbon (C), hydrogen (H), and oxygen (O), and hydrogen to oxygen ratio is 2:1. The main functions of carbs in the body are as follows.

A calorie is a unit used to measure the amount of energy present in food. It can also be used in measuring the amount of energy lost by the body during a physical activity. Therefore, calories are essential in maintaining the basal metabolic rate and the physical functions of the body. Basal metabolic rate (BMR) refers to the rate of energy expenditure per unit time by endothermic animals at rest. This energy is used to perform the basic functions of the body such as breathing, blood circulation, and cell production. 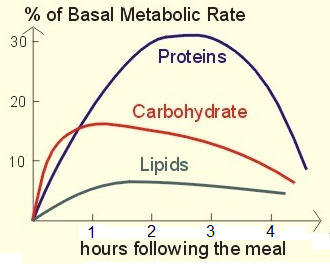 All types of food contain a specific amount of calories. Some foods among them are significant sources of calories such as peanut butter, candy bars, cheese, sausages, processed meat, and fried foods. Animal fats, fish oils, and vegetables are also considered rich sources of calories. This means, apart from carbs, both proteins and fat can also produce calories. Generally, fat is the most calorie-rich source and it produces 9 calories per gram. Both carbs and proteins can produce 4 calories per gram.

Similarities Between Carbs and Calories

Difference Between Carbs and Calories

Carbs refer to any of a large group of organic compounds occurring in foods and living tissues, which contain hydrogen and oxygen in the same ratio as water (2:1) and typically can be broken down to release energy in the animal body whereas calories refer to the amount of heat required to raise the temperature of one kilogram of water one degree Celsius.

The body obtains some carbs through the diet and others are synthesized by the body while calories either come from carbohydrates, proteins or fat.

Role in the Body

The main role of carbs in the body is to serve as a source of energy while calories are used to maintain basal metabolic rate and the functions of the body. This is the main difference between carbs and calories.

Carbs are a form of organic molecules made up of carbon, hydrogen, and oxygen, with a 2:1 hydrogen to oxygen ratio. The main role of carbs is to produce energy. Calories are the measurement of energy included in a particular food or the amount of energy released by the body during physical activity. Both proteins and fat can also produce calories. The main difference between carbs and calories is their role in the body.