Cilia and microvilli are two types of projections in the plasma membrane. They can be found on the apical surface of some of the epithelial cells. Cilia are a component of eukaryotic cells. Microvilli are found on the surface of the intestinal villi and egg cells. Cilia are motile, but microvilli are non-motile.  The main difference between cilia and microvilli is that cilia are involved in the rhythmic movement of the cell or movement of objects over the cell surface whereas microvilli enhance the absorption of nutrients by increasing the surface area of the cell. 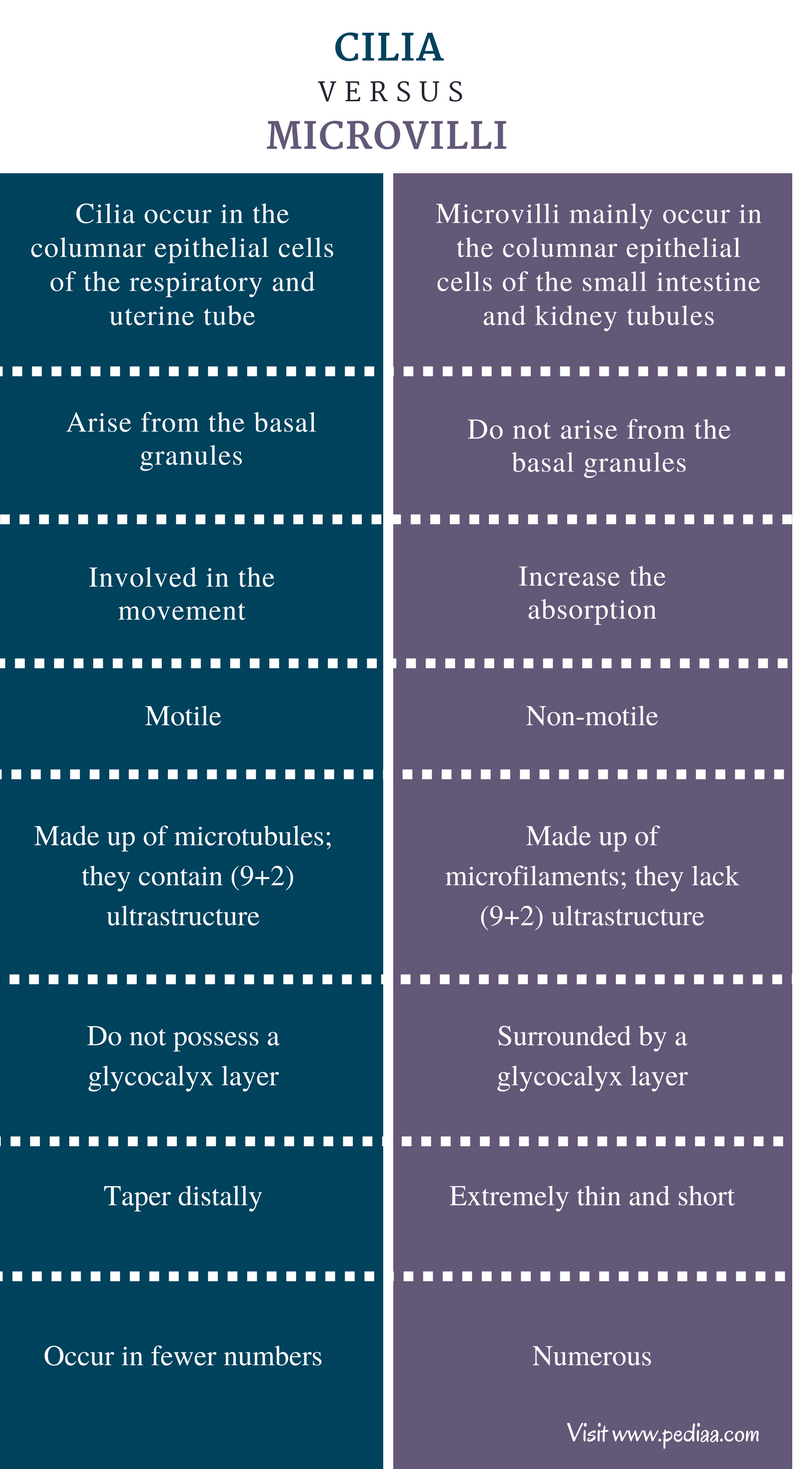 Cilia (singular: cilium) are one of the organelles found in eukaryotic cells. The core of the cilium is formed by microtubules. Cilia are 5 to 10 µm long and 0.2 µm wide. Cilia are made up of microtubules, which are arranged in (9+2) ultrastructure. Each cilium originates from a basal granule. They are motile, generating rhythmic motions towards a specific direction. The cyclical action of the dynein, which is the microtubule motor protein, causes the beating of cilia. The action of dynein requires ATP energy. Columnar epithelial cells of the respiratory and uterine tube contain cilia. Cilia are also found in the vertebrate ear, surrounded by active-based stereocilia, promoting the hearing. Two types of cilia are found: motile cilia and non-motile cilia. Motile cilia are involved in the removal of dirt and microorganisms from passages along with the mucus. Non-motile or primary cilia are found in the olfactory sensors located in the upper part of the nasal cavity. 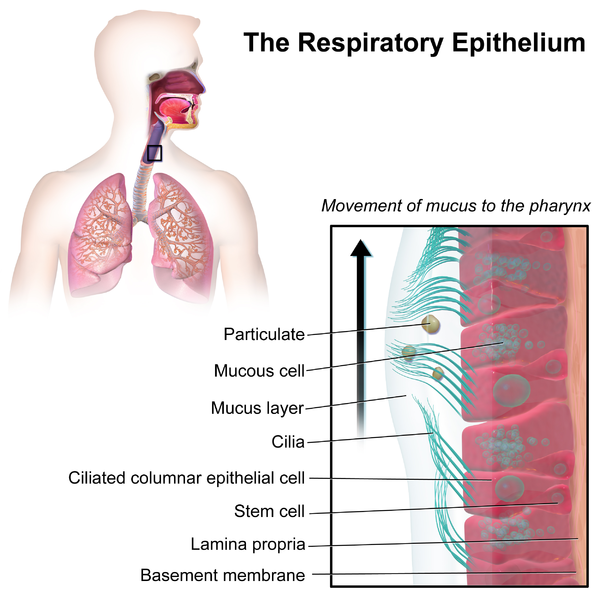 Microvilli (singular: microvillus) are protrusions on the cell surface, which increase the surface area of the cell. They also minimize any increase in the volume of the cell. The core of the microvillus is formed by microfilaments. Microfilaments are held together by cross-linking of proteins. Bundling proteins like fimbrin,villin and epsin are involved in the cross-linking of microfilaments of microvilli. Microvilli are shorter and narrower when compared to cilia. They are the smallest extensional structures found on the cell surface. They are 0.5 to 1.0 µm long and 0.1 µm thick. Microvilli enhance the absorption of nutrients from the small intestine. The glycocalyx layer, which covers microvilli, allows the binding of substances with the microvilli that is to be absorbed. They are involved in the transport of absorbed materials. Carbohydrate digestion is also facilitated by microvilli. Microvilli are found on the surface of egg cells as well, allowing the anchoring of the sperm cells to the egg cell. Microvilli on the surface of white blood cells allow them to migrate. They are also present in sensory organs like nose, mouth, and ears. 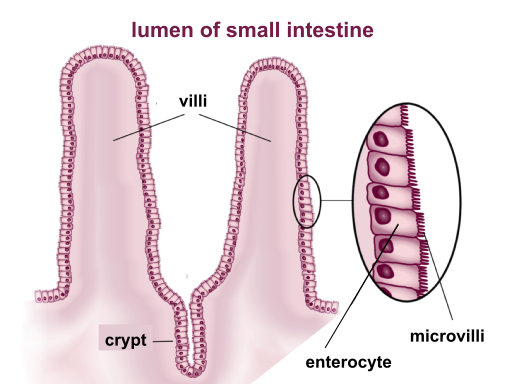 Figure 2: Microvilli in the small intestine

Difference Between Cilia and Microvilli

Cilia: Cilia occur in the columnar epithelial cells of the respiratory and uterine tube.

Microvilli: Microvilli mainly occur in the columnar epithelial cells of the small intestine and kidney tubules.

Microvilli: Microvilli do not arise from the basal granules.

Cilia: Cilia are involved in the movement.

Cilia: Cilia are made up of microtubules. Hence, they contain (9+2) ultrastructure.

Microvilli: Microvilli are made up of microfilaments. Hence, they lack (9+2) ultrastructure.

Cilia: Cilia do not possess a glycocalyx layer.

Microvilli: Microvilli are surrounded by a glycocalyx layer.

Cilia: Cilia occur in fewer numbers when compared to microvilli.

Both cilia and microvilli are projections in the plasma membrane. Cilia are longer and thicker when compared to microvilli. Cilia are motile and involved in the rhythmic movement of either the whole cell or external objects like microorganisms, dirt, and mucus over the cell surface. In contrast, microvilli are not motile. They enhance the absorption of nutrients of the intestine by increasing the surface area of the intestine. Thus, the main difference between cilia and microvilli is their function.