Drama is a literary genre that presents realistic characters who deal with realistic conflicts or struggles. They are serious stories with settings or situations that portray ordinary characters in conflict with themselves, the society, or forces of nature.

Drama is one of the largest literary genres because it includes a broad range of work. Each of these literary works has different subject-matter themes such as crime drama, legal drama, romantic drama, historical drama, horror drama, melodrama, etc.

Drama is a genre that presents the emotional and relational development of realistic characters in a realistic setting. A dramatic film or a novel portrays an intense character development and relates an honest story of human struggle. The main purpose of a drama is to move the audience emotionally. 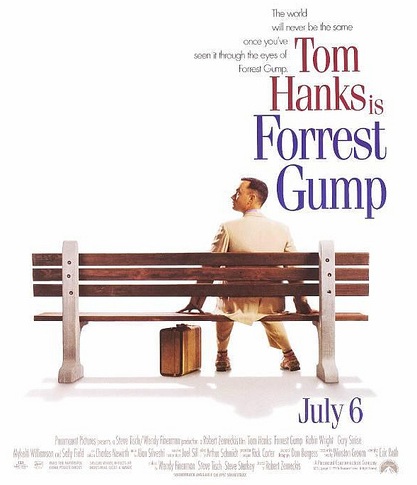 Melodrama is a subgenre of drama, characterized by stereotypical characters, exaggerated emotions, and interpersonal conflicts. A melodrama has an exciting and thrilling plot with many twists and turns and suspense. The characters are overly dramatic and exaggerated and often appear as stereotypes, featuring long-suffering protagonists, especially females attempting in vain to overcome impossible situations.

It is important to notice that the term melodrama is nowadays mostly used in a negative sense. The language or behavior which resembles melodrama is often termed as melodramatic; this usage is nearly always derogatory. 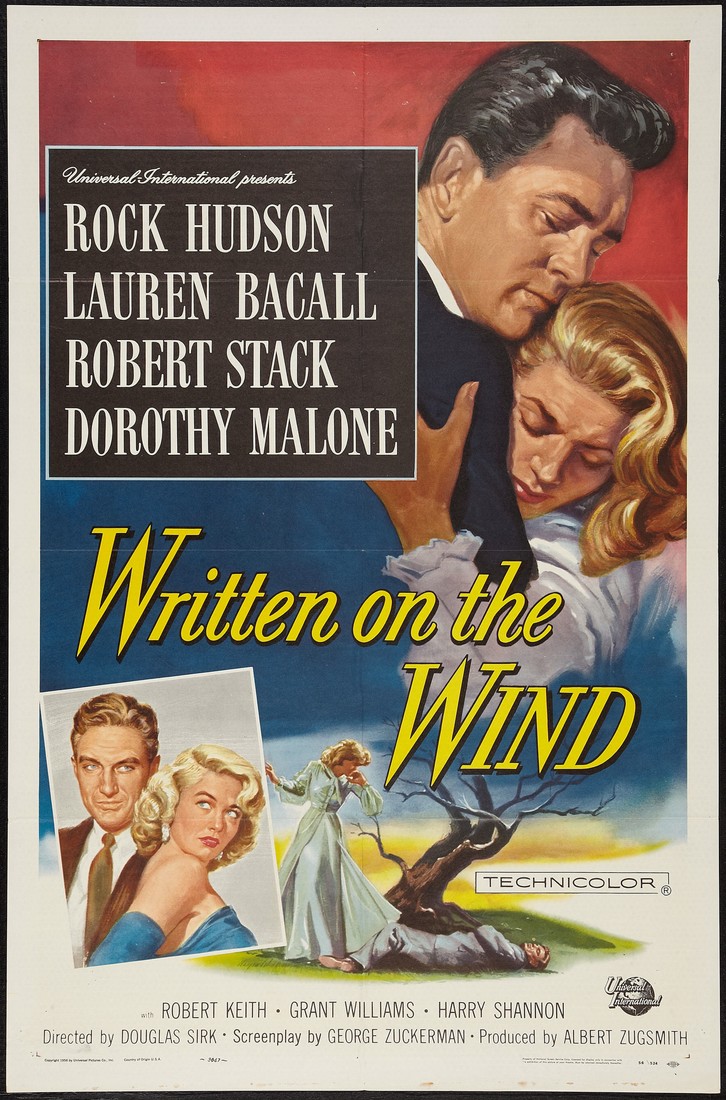 Difference Between Drama and Melodrama

Drama is a literary genre that presents realistic characters who deal with realistic conflicts or struggles.

Melodrama is a subgenre of drama, characterized by stereotypical characters, exaggerated emotions, and interpersonal conflicts.

Drama portrays realistic characters and focuses on the character development.

Melodrama portrays exaggerated characters stemming from stereotypes; Detailed characterization is not considered to be important.

Melodramatic themes revolve around emotional conflict; much of it centered around family and relationships.

Melodramas have sensational and thrilling plots. 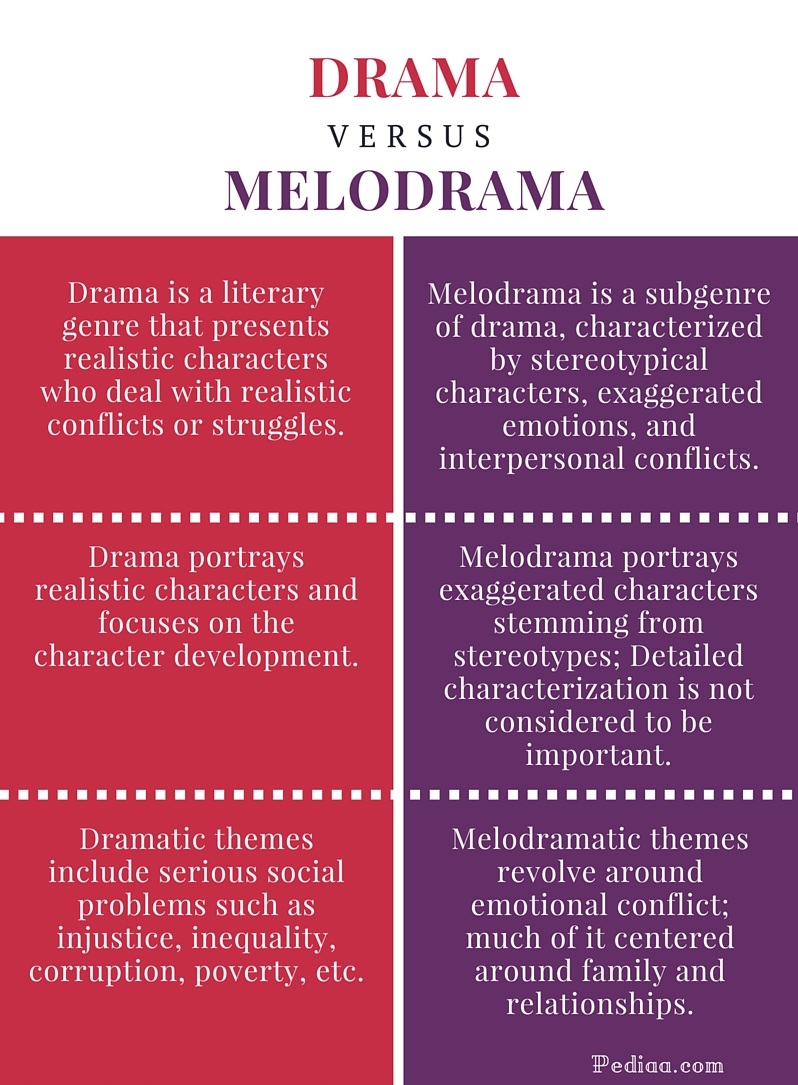 “Poster for the film Written on the Wind” by Reynold Brown – Filmart Gallery, (Public Domain) via Wikimedia Commons