Drama is a form of written literature which is either prose or verse, usually in dialogue-form that is intended for performance. The word drama is originated from the Greek word ‘dran’ meaning “to do,”. Therefore, we can say that drama is usually associated with the idea of action. Drama is generally thought of as a story about events in the lives of characters. When talking about drama, we should also understand some words that are derived from and often associated with drama.

The term play is said to originate from the Middle Dutch word ‘pleien’ meaning ‘leap for joy’,’ dance’. A play is a form of literature written by a playwright; drama usually consists of dialogue between the characters, intended for theatrical performance rather than just reading. However, the term ‘play’ is often used to refer to the written work of the playwright (script) as well as the onstage production. 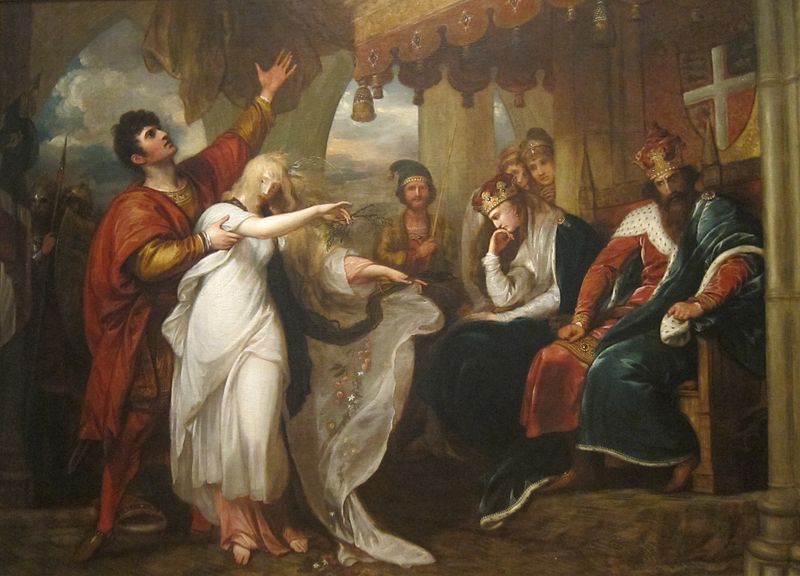 Difference Between Drama and Play

The most significant difference between these two entities is that drama refers to a form of written literature that is intended for performance while play refers to a theatrical performance.  In simple words, a drama is to be read and a play is to be seen. However, different people might give different interpretations to what they read. This is to say, in a drama, we only read the dialogues and stage directions; we often imagine the performance in our minds. But in a play, the audience get to see the story enacted. Here we do not have to imagine the emotions of the characters, sound and light effects or background settings. In addition, the play might present a different interpretation from what we understood from reading the drama. This difference could be even made from a subtlest change of tone, mood or gesture. It can be said that a play gives artists’ interpretation of the drama. 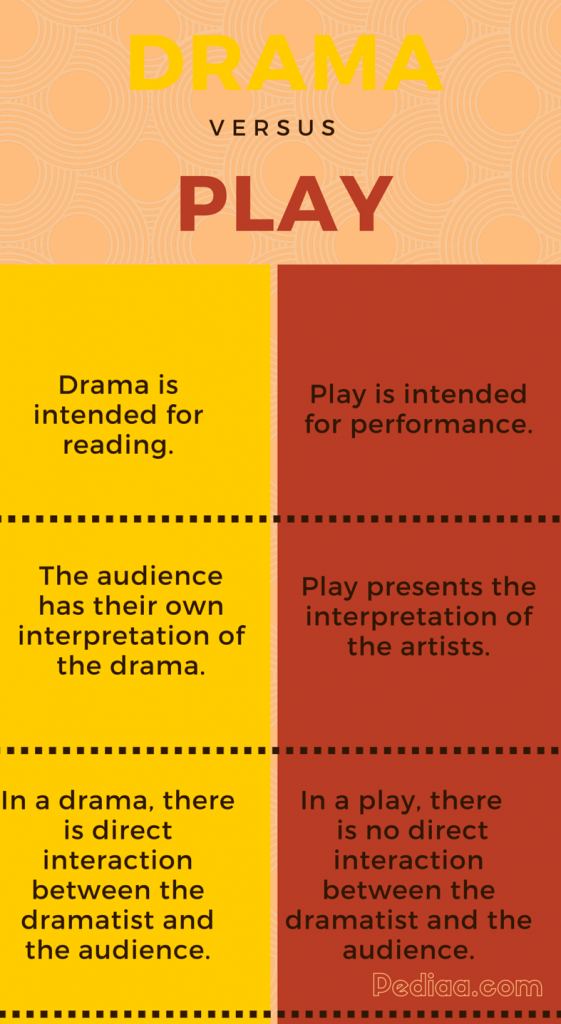