Home » Language » What is the Difference Between Linguist and Polyglot

The main difference between linguist and polyglot is that a linguist studies the structure of languages and all aspects like grammar, vocabulary, and morphology, whereas a polyglot understands and speaks several languages, usually around four languages.

Although both linguists and polyglots are people who study languages,  there is a considerable difference between linguist and polyglot. 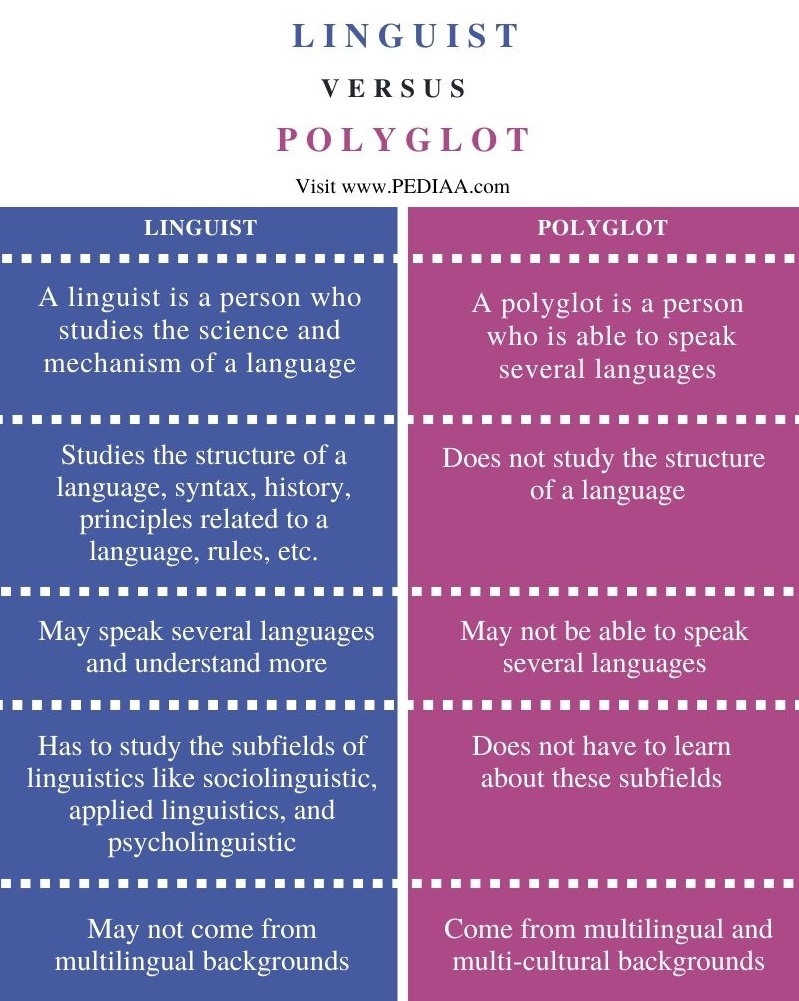 What is a Linguist

A linguist is a person who studies the science of a language. He or she may study all aspects like grammar, vocabulary, sounds, and the formation of words in a language. The study of languages is known as linguistics. A linguist may have to learn about the structures of languages and the principles related to these languages under the subject of linguistics.

Linguistics consists of many subfields such as sociolinguistics, applied linguistics, and psycholinguistics. Under these subfields, a linguist can learn how sounds are produced, conversational interactions, different varieties, and dialects of languages, different uses of languages in different social classes, the evolution of language, as well as the reproduction of language. A person who learns the scientific mechanism of a language has to study all these sides. By learning these facets, a linguist may get the opportunity to learn about the language on a deeper level. Thus, with this knowledge, linguists are able to explain the rules, syntax, and origin of the words in a language. 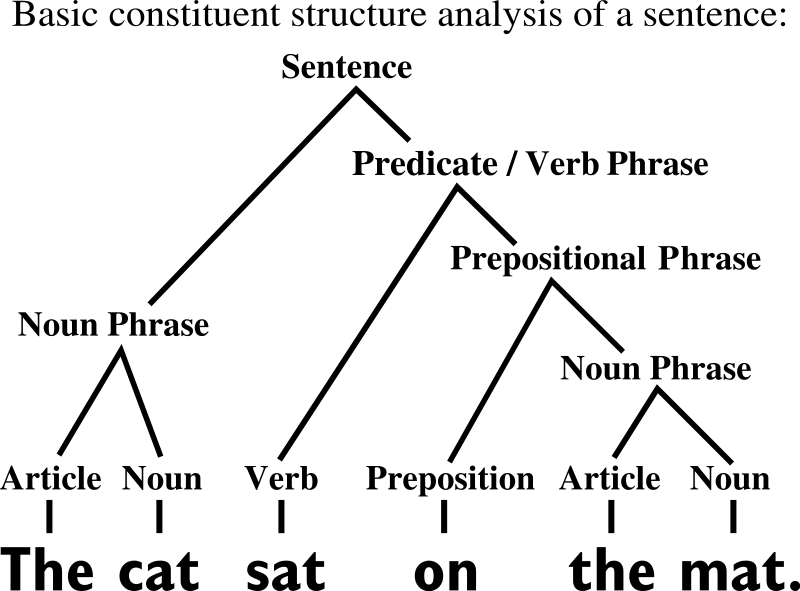 What is a Polyglot 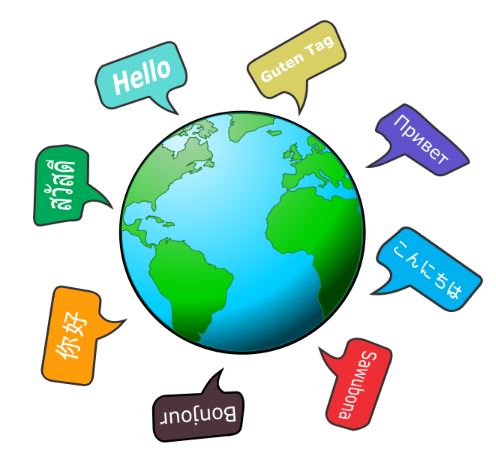 Polyglots often come from multilingual backgrounds. There can be some polyglots who cannot speak all the languages they know with the same fluency. In other words, the level at which a polyglot can speak and understand each language may vary. This can depend on many reasons, like some countries having multiple spoken languages and some countries having similar languages. Naturally, people living in countries like this are able to speak several languages.

As research shows, polyglots have a good IQ knowledge, and if someone is so passionate about languages, he or she will be able to become a polyglot, especially with their dedication to learning.

Difference Between Linguist and Polyglot

The two terms polyglot and linguist refer to people who study languages. The main difference between linguist and polyglot is that linguist studies about the structure of languages and the mechanism of languages, whereas polyglot understands and speaks several languages.