Linguistics is the study of language and its structure. Morphology and syntax are two major subdisciplines in the field of linguistics. Other subdisciplines of linguistics include phonetics, phonology, semantics, and pragmatics. Syntax is the study of the formation of sentences and morphology is the study of the formation of words. The final aim of both these fields is to study how meaning is produced in language. The main difference between morphology and syntax is that morphology studies how words are formed whereas syntax studies how sentences are formed. In this article, we’ll look at these fields in more detail.

3. Difference Between Morphology and Syntax 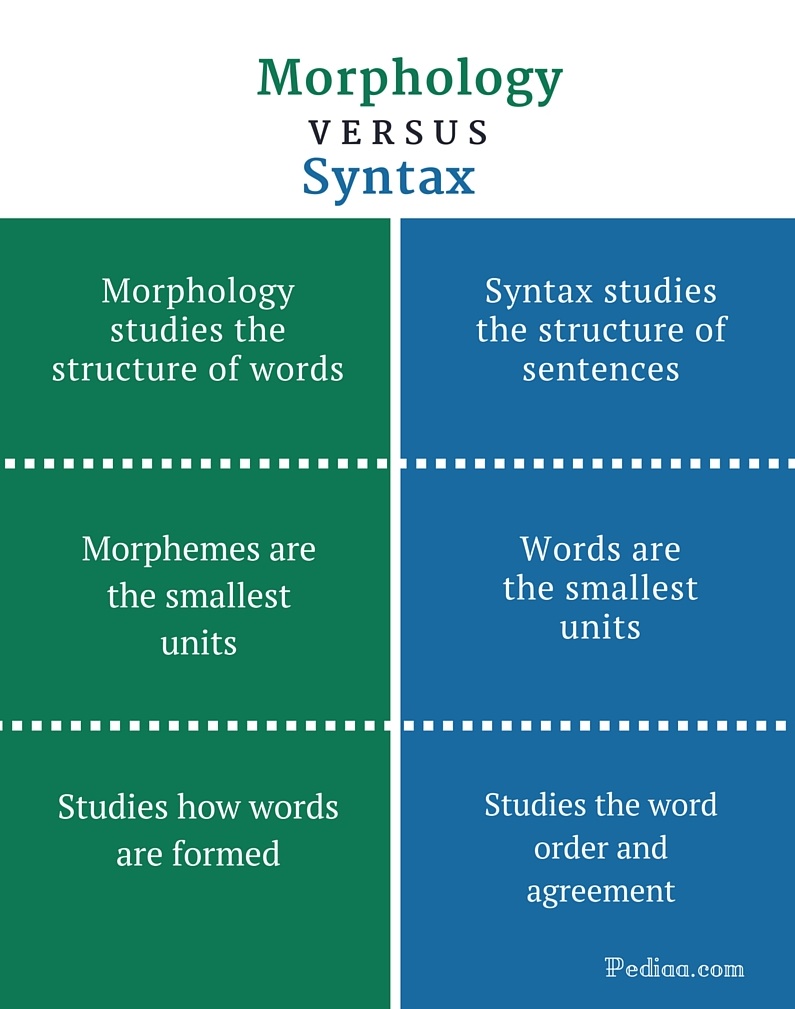 Morphology is another important subdiscipline of linguistics. Morphology studies the structure of words. It specifically examines how words are formed by putting together morphemes. A morpheme is the smallest grammatical and meaningful unit of a language. Different languages have different morphemes and different rules about the formation of words.

Morphemes can be divided into two basic categories called free morphemes and bound morphemes. A free morpheme is a meaningful unit that can stand alone as a word. In other words, it is a word made up of only one morpheme. For example;

A bound morpheme is a morpheme that cannot stand alone; it is always bound to another morpheme.  Thus, a bound morpheme has no meaning on its own. For example;

As seen from these examples, adding a derivational morpheme will change either the meaning or the class of the word.

Inflectional morphemes are a type of bound morphemes that do not cause a change in the meaning or word class: they serve as grammatical markers and indicate some grammatical information about a word. 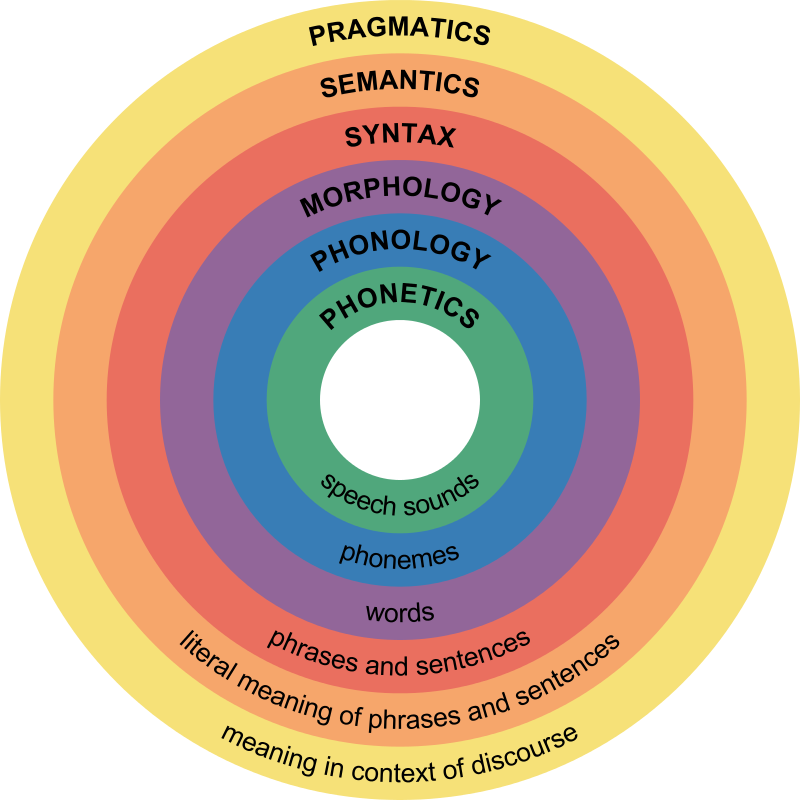 For example, the sentences in the English language often formed by following a subject with a verb and the direct object. It is the positions of these words that convey the subject-object relationship. Look at the following sentences.

The cat ate the mouse.

The mouse ate the cat.

The parts of a language are divided into different syntactic categories. Most sentences can be divided into two sections called subject and predicate. These two parts are also made of different words. Syntactical classes of words are known as parts of speech. 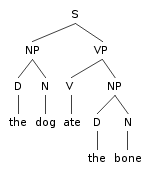 Difference Between Morphology and Syntax

Morphology: Morphemes are the smallest units in morphology.

Syntax: Words are the smallest unit in syntax.