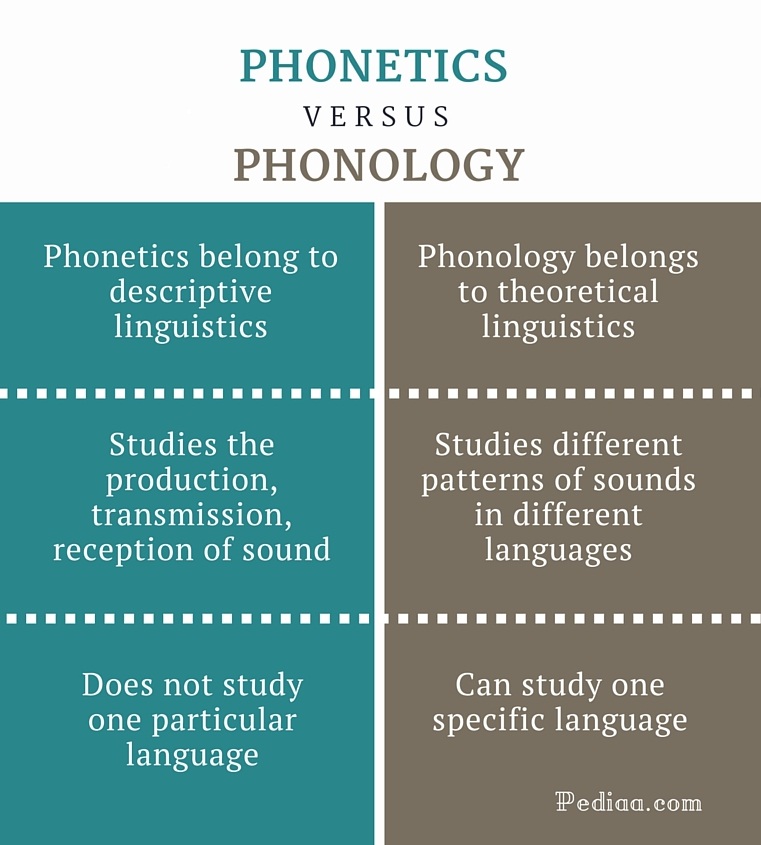 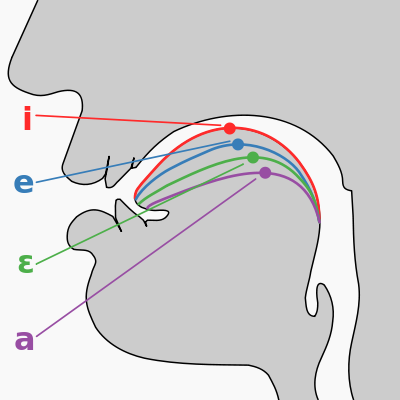 Phonology is the system of contrastive relationships among the speech sounds that constitute the fundamental components of a language. In simple words, phonology is the study of sounds, especially different patterns of sounds in different languages. It studies how sounds are combined together to form words and how sounds alternate in different languages. Phonology also studies the inventory of sounds and their features in a language and the pragmatics rules which specify how sounds interact with each other. Phonology is also involved in the history and theory of sound changes in a language or in two or more related languages 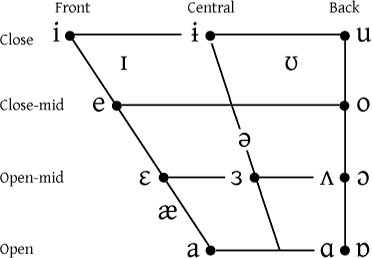 Difference Between Phonetics and Phonology

Phonetics is the study of speech sounds.

Phonology is the study of the speech sounds used in a language.

Phonetics does not study one particular language.

Phonology can study one specific language.

“Cardinal vowel tongue position-front” By Badseed This vector image was created with Inkscape. – Own work, data: see below (GFDL) via Commons Wikimedia