What is a Clause

She didn’t understand the lesson although the teacher explained it well.

He didn’t join them although he wanted to swim.

I didn’t buy that dress since you didn’t like it.

We heard what you told them.

A man who betrayed his friends cannot be trusted.

The dress which you bought last year needs to be shortened.

I believed the lie she told me.

He goes to the office whenever he wants.

I had to continue the charade until I received news from them. 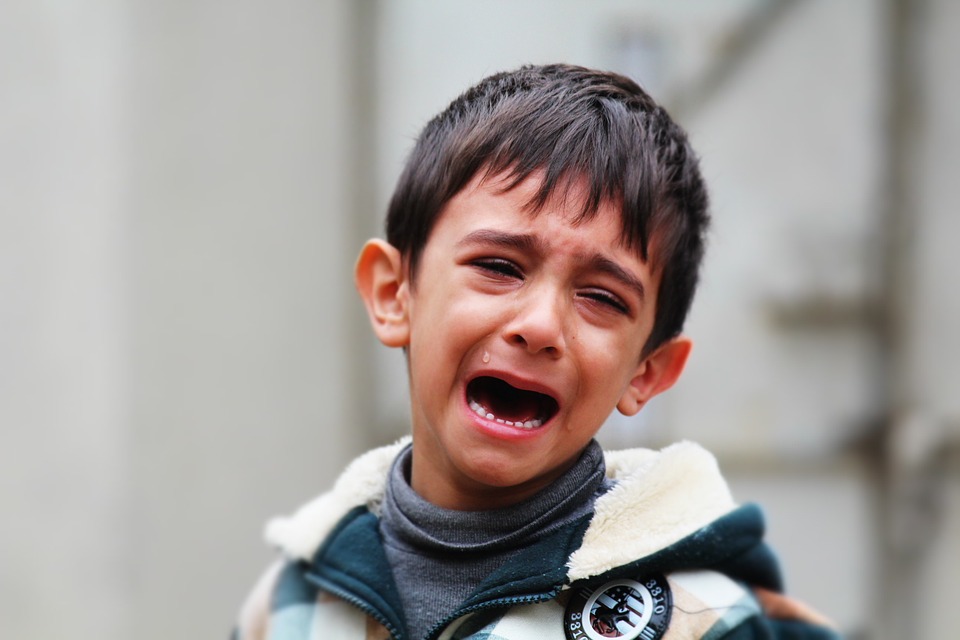 A declarative sentence is a sentence that state information and facts. For example,

The dog barked at the moon.

An imperative sentence issues commands; they can express wishes or desires. These sentences can be even made up of a single word. For example,

Interrogative sentences are the sentences that are used to ask questions. They are easy to distinguish as they contain a question mark at the end. For example,

Did she give you the message?

Exclamatory sentences are used to express emotions or excitement. They usually end with exclamation marks. 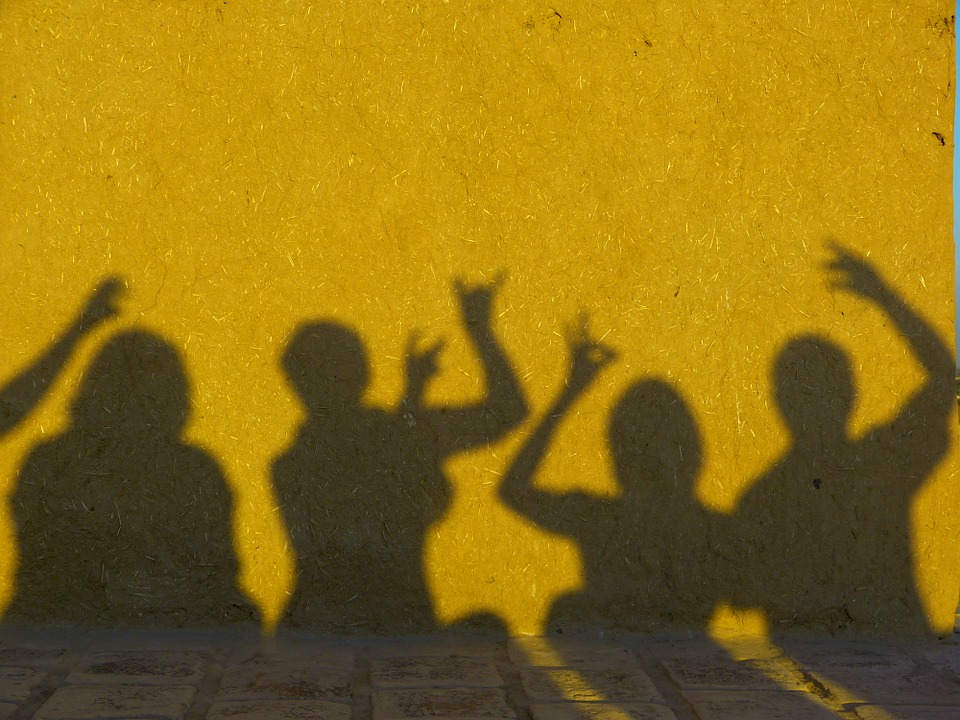 They played with the shadows.

Difference Between Clause and Sentence

Clause is a group of words that contains a subject and a predicate.

Sentence is a group of words that expresses a complete thought.

Clause is a building unit of a sentence.

Sentence is made up of one or more clauses.

Clause can act as a noun, adverb or adjective.

Sentence do not act as a noun, adverb or adjective. 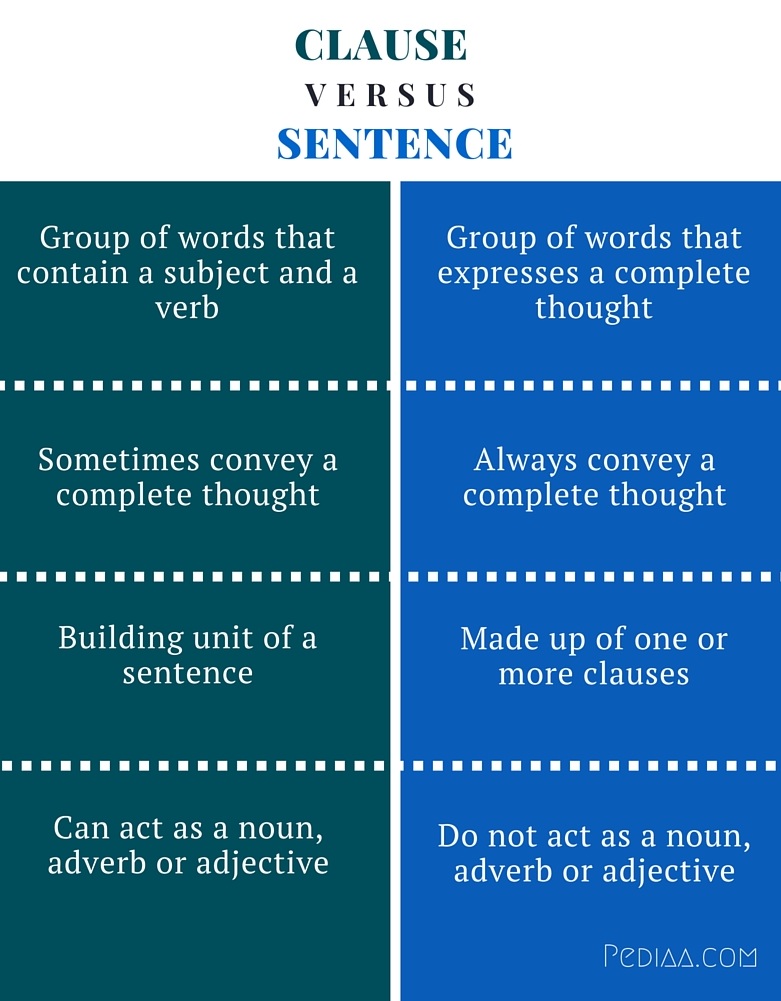