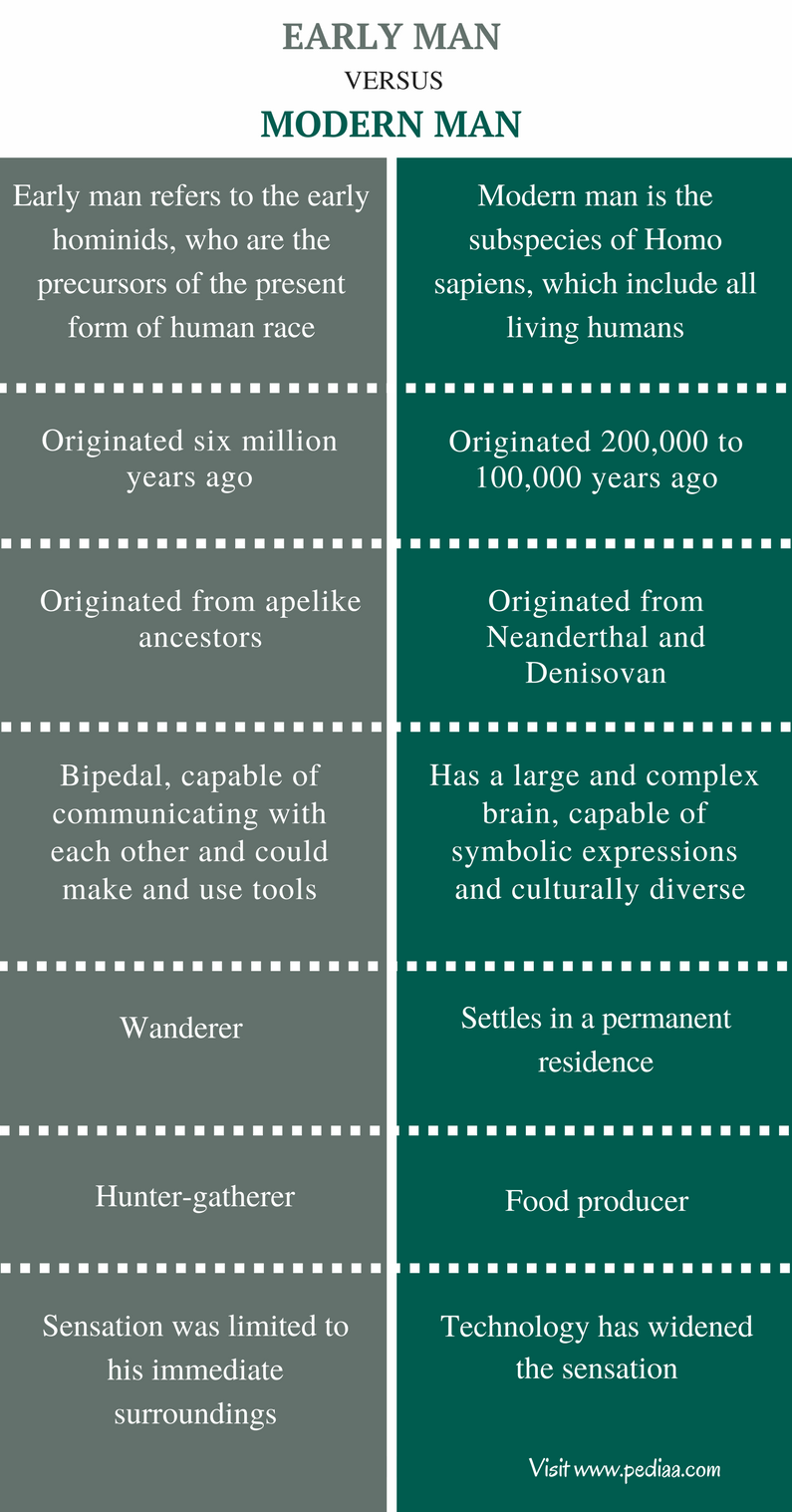 Who is Early Man

Early man is a wanderer, who moved or walked from one place to another aimlessly and leisurely. He was either a hunter or gatherer, who obtained food from foraging rather than farming. The early man covered his body either by tree leaves or animal skin. He hunted animals for food and lived in caves. He discovered tools like sharp stones, spears, and sharpened bones in order to kill large animals for food. Then, the fire was discovered by sparks coming out from rubbing stones. Ultimately, the early man began agriculture, and their first civilization began about 12,000 years ago. 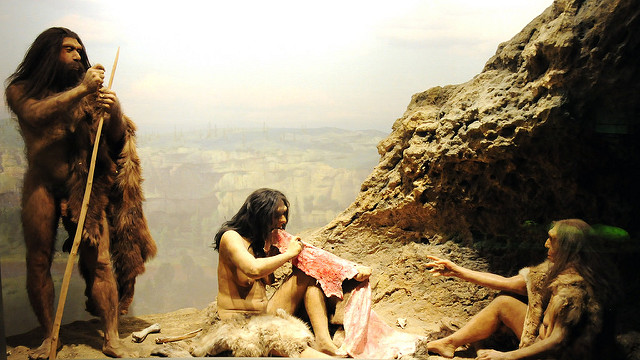 Who is Modern Man

Modern human belongs to the human species, Homo sapiens. The behavioral modernity discriminates modern man from early man. The behavioral modernity of the modern man can be characterized by abstract thinking, planning depth, cultural diversity as well as symbolic expressions such as art and music. Homo sapiens originated 200,000 to 100,000 years ago in Africa and Southern Asia. The archaic ancestors of modern man are Neanderthal and Denisovan. The modern man still carries the archaic DNA of those ancestors. Neanderthal’s genes in the modern human are associated with disease conditions like type 2 diabetes, Crohn’s disease, and lupus. The modern man is a food producer and spends a settled lifestyle. He is aware of domestication. A modern man and a woman are shown in figure 3. 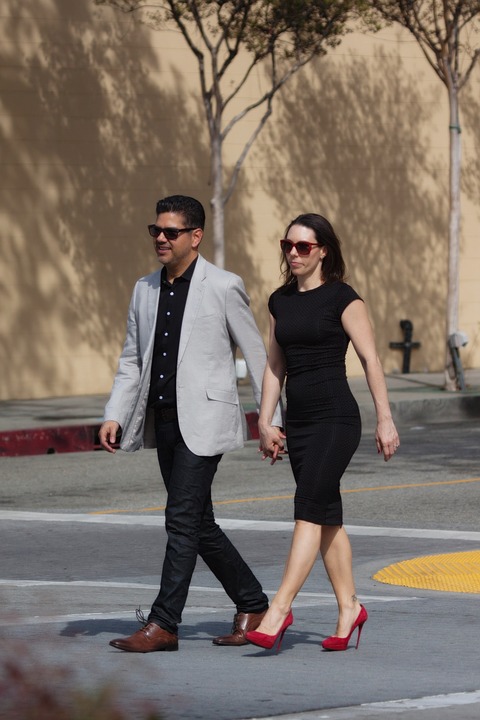 Early Man: Early man refers to the early hominids, who are the precursors of the present form of human race.

Modern Man: Modern man is the subspecies of Homo sapiens, which include all living humans.

Modern Man: The modern man originated from Neanderthal and Denisovan.

Early Man: The early man was bipedal, capable of communicating with each other and could make and use tools.

Modern Man: Modern man has a large and complex brain, is capable of symbolic expressions (ex: art and music) and culturally diverse

Early Man: The early man’s sensation was limited to his immediate surroundings.

Modern Man: Technology has widened the sensation of the modern man.

Early man and modern man are two distinct ends identified in the process of human evolution. Early man originated in Africa six million years ago. Fifteen to twenty different early man species were identified all over the world. Evidence about the early man is gathered from fossils and archaeological remains. The difference between early man and modern man stems from various physical and behavioral characteristics Homo sapiens is considered as the modern man.