EDT and EST are the two time systems in the Eastern Time Zone, which includes some regions of North America, Central America, Canada, and the Caribbean Islands.  EDT is the abbreviation for Eastern Daylight Time and EST is the abbreviation for Eastern Standard Time. The main difference between EDT and EST is their time difference in relation to the Coordinated Universal Time (UCT or Greenwich Mean Time). EDT is 4 hours behind the UCT whereas EST is 5 hours behind the UCT.

3. What are the Areas that Use EDT and EST?
– List of Regions

4. What is the difference between EDT and EST? 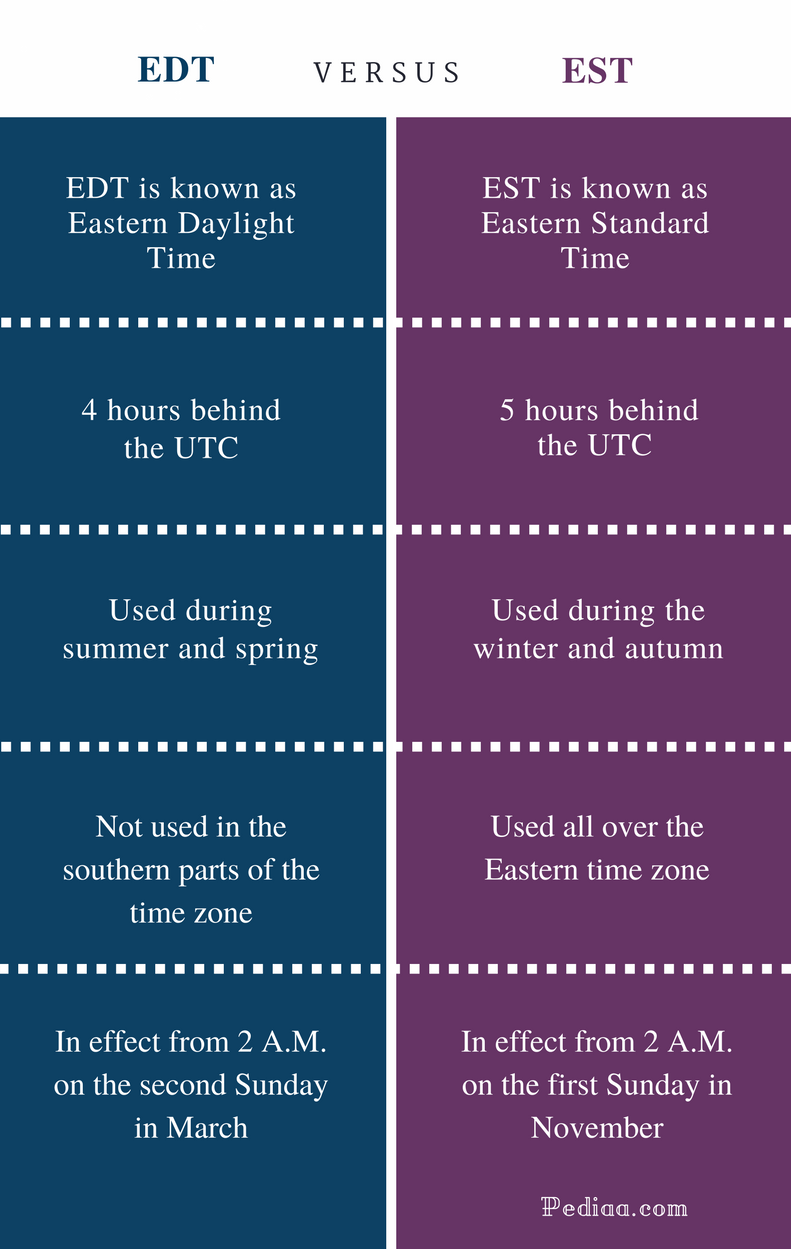 EDT or Eastern Daylight Time is 4 hours behind the Greenwich Mean Time (UTC−04:00). EDT is used during summer and spring. Daylight Saving Time is in effect from 2 A.M. on the second Sunday in March to 2 A.M. on the first Sunday in November. But it is also important to note that some regions in the Eastern Time Zone do not use daylight saving time. It is observed in most states of the USA and Canada.

EST or Eastern Standard Time is 5 hours behind the Greenwich Mean Time (UTC−05:00). This time is typically used during the autumn and winter. Southern parts of the Eastern Time Zone uses EST throughout the year since they don’t use daylight saving.

What are the Areas that Use EDT and EST 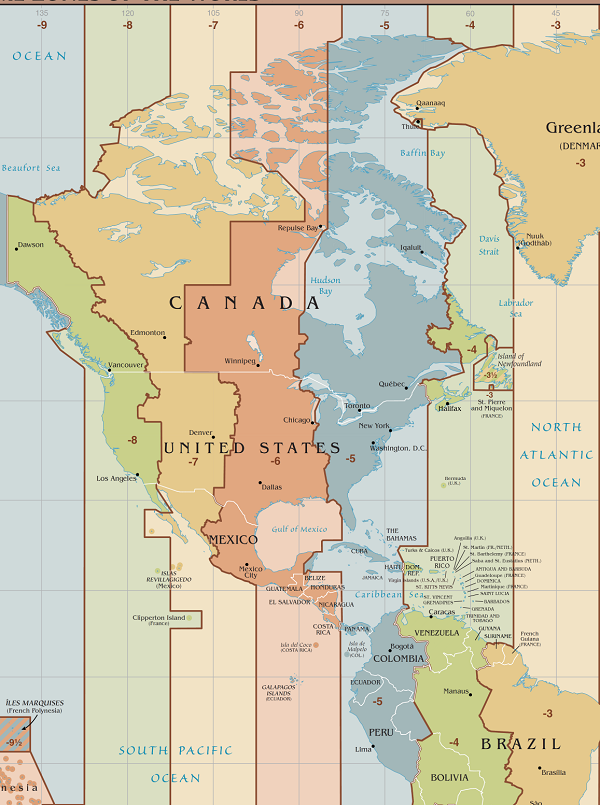 Areas that use both EDT and EST

Some parts of Florida, Indiana, Kentucky, Michigan, and Tennessee.

Most parts of Ontario, Quebec and *Nunavut

Ecuador (except for the Galápagos Islands)

Areas that Use EST throughout the year

Difference Between EDT and EST

Time in Relation to UTC

EDT: EDT is 4 hours behind the UTC.

EST: EST is 5 hours behind the UTC.

EDT: EDT is used during the summer and spring.

EST: EST is used during the winter and autumn.

EDT: EDT is not used in the southern parts of the time zone.

EST: EST is used in all the places, either during winter and autumn or throughout the whole year.

EDT: Daylight Saving Time is in effect from 2 A.M. on the second Sunday in March.

EST: The standard time is in effect from 2 A.M. on the first Sunday in November.