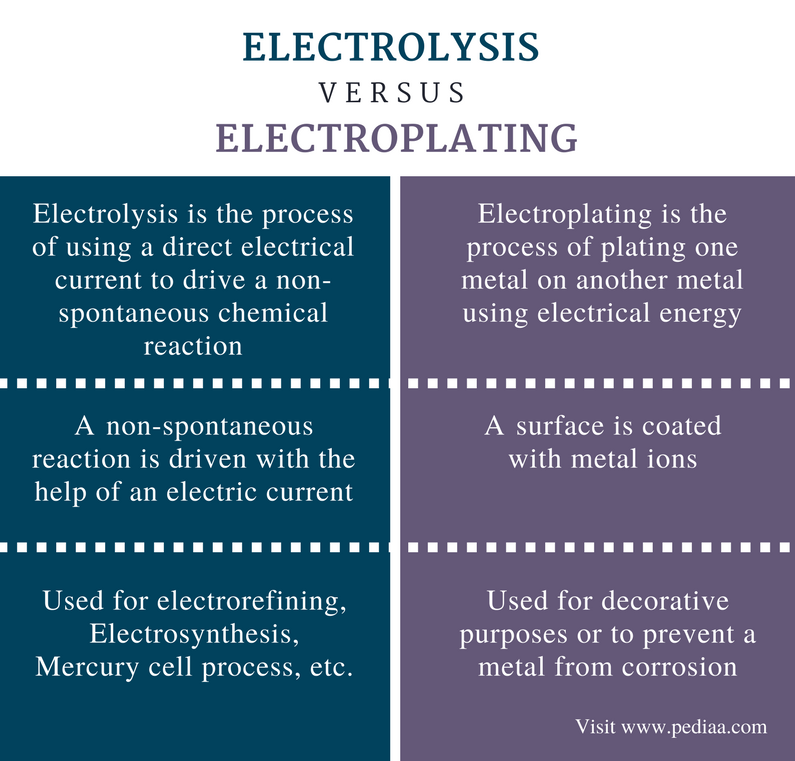 Electrolysis is the process of using a direct electrical current to drive a non-spontaneous chemical reaction. Electrolysis is done using an electrolytic cell. It is a type of electrochemical cell. The technique of electrolysis can be used to separate a compound into its ions or other components.

In electrolysis, an electric current is sent through a solution for the mobility of ions in that solution. An electrolytic cell is composed of two electrodes immersed in the same solution. This solution is called the electrolyte. The reaction that occurs the electrolyte should be induced electrically.

An essential factor in regulating the electrolytic cell is over potential. A higher voltage should be provided in order to proceed a non-spontaneous reaction. An inert electrode can also be used to provide the surface for the reaction that occurs. 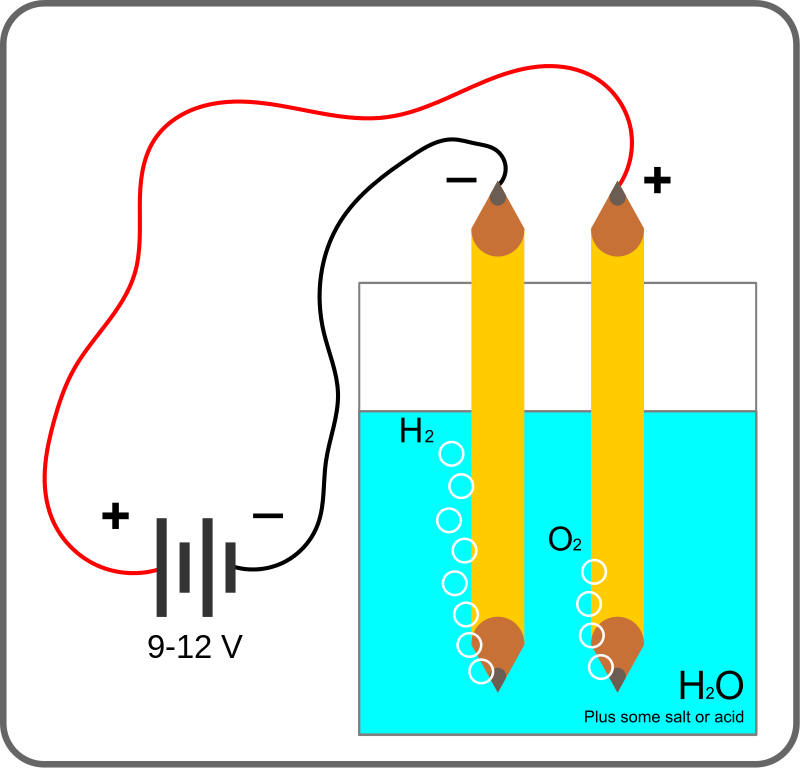 Furthermore, some other applications of electrolysis are electrorefining, electrosynthesis, Mercury cell process, etc. All these processes use electrolysis for the breakdown of a complex compound into simpler compounds.

Electroplating is the process of plating one metal on another metal using electrical energy. Here also, an electrochemical cell, which is composed of two electrodes immersed in the same electrolyte, is used. The cathode should be the electrode that is going to be plated. The anode can be either the metal that has to be plated on the cathode or an inert electrode. 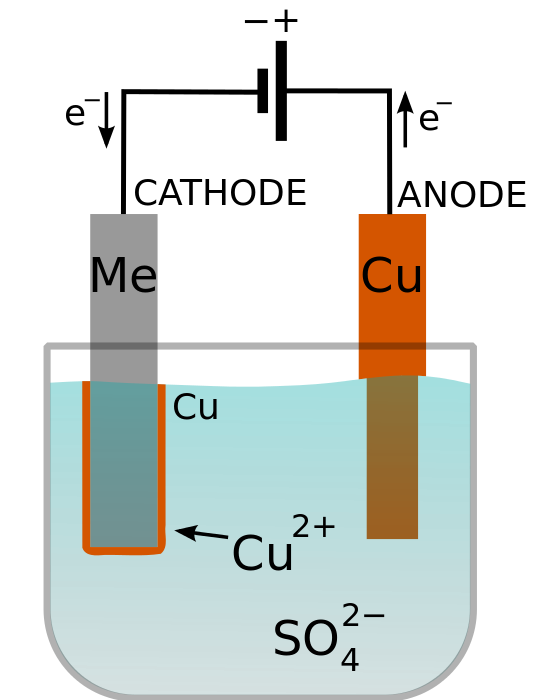 Figure 2: Copper electroplating on a metal (Me). Here, copper sulfate is used as the electrolyte. The anode is a copper electrode. The cathode is the metal that is going to be plated.

We should be careful when choosing the electrolyte. If it contains other metal ions that can be deposited along with the desires metal ion, the plating cannot be done properly. The electrode that the metal is plated on should be clean and free of contaminants. Otherwise, the plating cannot be done evenly. The electroplating is mainly used for decorative purposes or to prevent corrosion.

Similarities Between Electrolysis and Electroplating

Difference Between Electrolysis and Electroplating

Electrolysis: Electrolysis is the process of using a direct electrical current to drive a non-spontaneous chemical reaction.

Electrolysis: In electrolysis, a non-spontaneous reaction is driven with the help of an electric current.