What is Electrostatic Force

between two objects with charges

separated by a distance

between them is given by Coulomb’s law:

The force is attractive if the two objects have opposite charges (positive and negative). If both the objects have the same types of charge, the force would be repulsive.

What is Electromagnetic Force

The relationship between electricity and magnetism is the idea behind electromagnets. These are magnets produced by passing electric currents around coils of wire. We can change the shape of wiring in order to create magnetic fields with different shapes. The idea is used to run maglev trains: electromagnets are created so that they can magnetically attract a train from the front while repelling it from behind. The magnets also repel the body of the train, so that it is effectively levitating above the track. This means they do not experience any friction from the tracks like ordinary trains do. As a result, they can travel much faster. 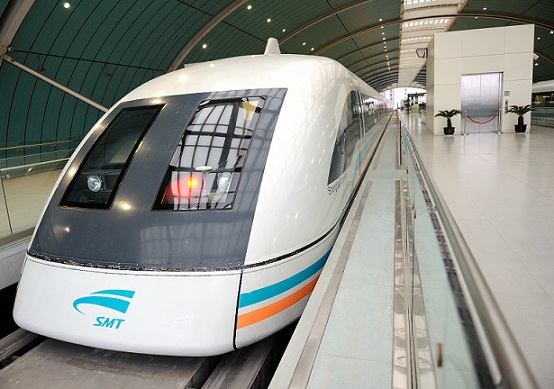 The relationship between electricity and magnetism is what allows us to run maglev trains.

Difference Between Electrostatic and Electromagnetic Force

Electrostatic forces refer to forces between electric charges which are not moving relative to each other.