Hawk and eagle are two types of birds of prey that belong to the family Accipitridae.

Difference Between Hawk and Eagle – Side by Side Comparison

Hawk is a medium-sized bird of prey with a characteristic eyesight and hunting techniques. It can grow up to 8 pounds in weight. However, the red-tailed hawk, the largest hawk species on earth, can exceed the size of the Australian little eagle, the smallest eagle species. Hawk can clearly see an object 20 feet in front. Many hawks hunt during the day. 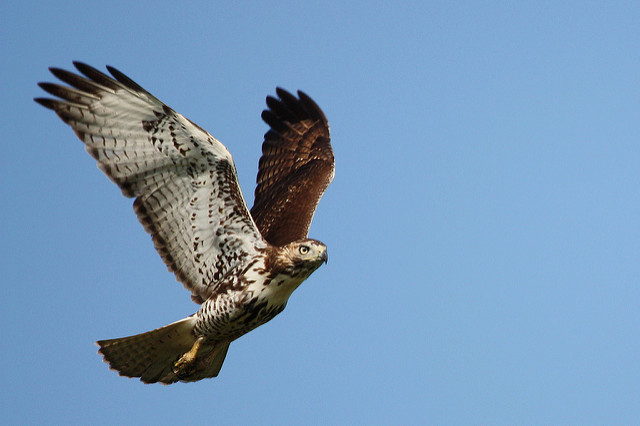 The wingspan of a hawk is around 5 feet. They can soar for long periods of time due to their strong, broad wings and tails. Hawks usually hide in trees and rapidly attack the prey. They have curved and very sharp beaks that are black in color, aiding the capturing and tearing the flesh of prey.

Eagle is a large-sized bird of prey with long and broad wings. A typical eagle weighs about 18 pounds. Some of the world’s largest eagles are the golden eagle, Australian wedge-tailed eagle, martial eagle, white-tailed eagle, harpy eagle, Steller’s sea eagle, and Philippine eagle. 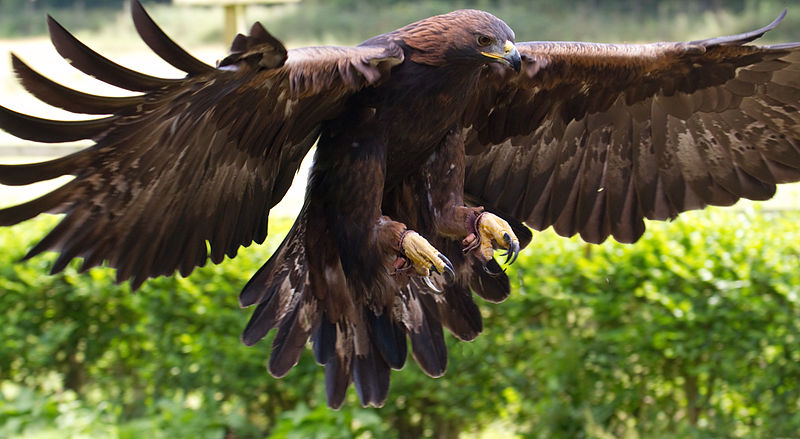 Eagles have a heavier-build, muscular body, and very strong legs. The wingspan of an eagle is around 8 feet. In addition, eagles have hooked beaks and curved talons. Eagles hunt their prey in flight and bring it to the nearest perch by their claws.

Similarities Between Hawk and Eagle

Difference Between Hawk and Eagle

Hawk is a diurnal bird of prey with broad rounded wings and a long tail, typically taking prey by surprise with a short chase while eagle is a large bird of prey with a massive hooked bill and long, broad wings, known for its keen sight and powerful soaring flight.

There are around 250 species of hawk in the world while there are only 74 species of eagles.

Eagles are stronger than hawks.

While hawks are mainly gray or reddish brown from the top with whitish underneath, eagle can be golden, blackish-gray or brown in color. In addition, the beaks of hawks are black in color while the beaks of eagles are yellow or white in color.

There are dark spots or streaks on the neck and legs of hawks and darker bars on the wings and tail while the legs of eagles are feathered down to the toes.

The noise produced by hawks is a high-pitched screeching, but eagles can produce a subtle scream.

Number of Eggs and Color