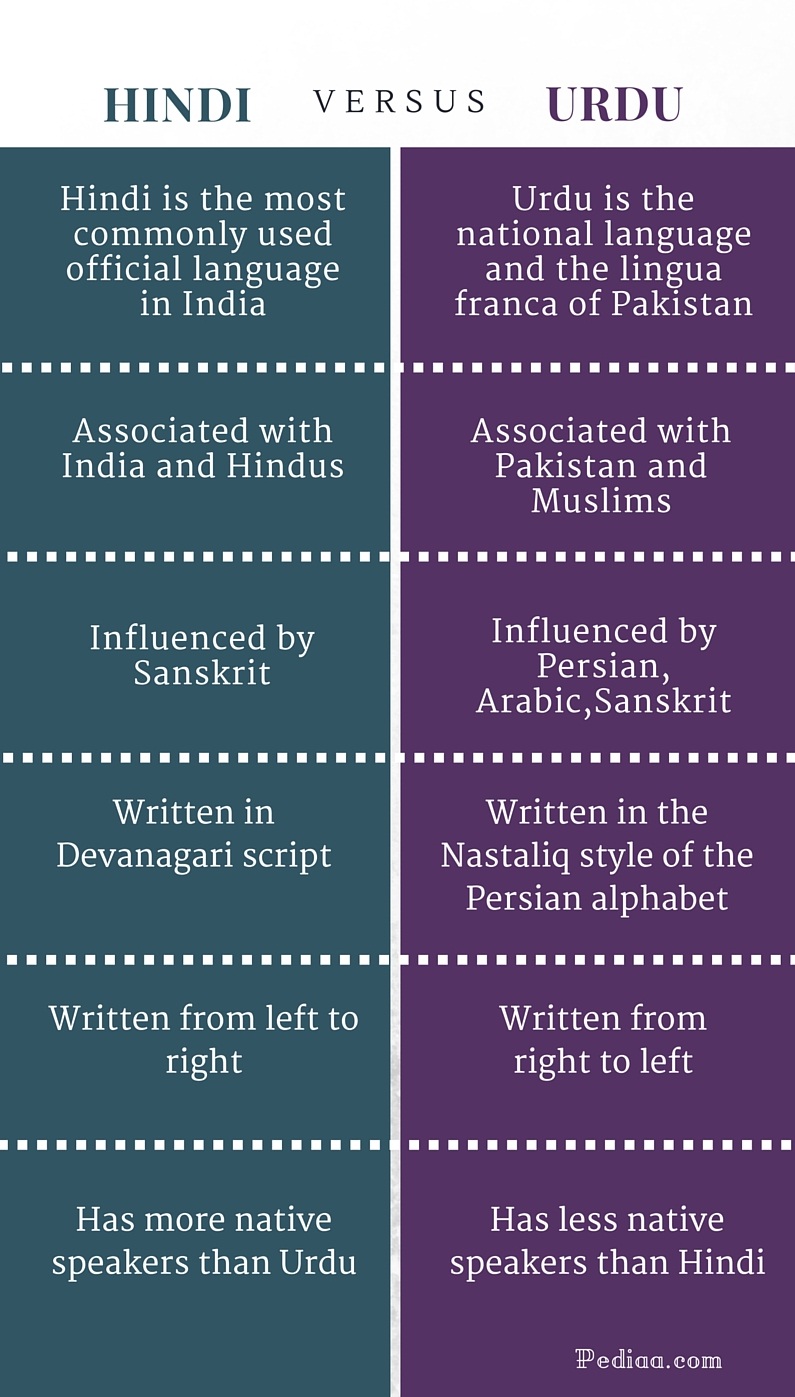 Urdu is a standardized register of the Hindustani language. It is the national language as well as the lingua franca of Pakistan. It is also an official language of six states of India.

Although it is considered as a language belonging to the Indo-European language family; however, it is heavily influenced by the Arabic and Persian languages. It is because of this influence that Urdu is usually associated with Muslims. This influence can be still seen, especially in literary Urdu. However, the Urdu language also has historical roots in Sanskrit. It is accurate to say that Urdu vocabulary is largely made up of Sanskrit, Persian, and Arabic. Urdu is mutually intelligible with standard Hindi. Therefore, many Hindi speakers would also understand Urdu.

Urdu is written in the Nastaliq style of the Persian alphabet. This is written from right to left. The script of the two languages is a major difference between Hindi and Urdu. 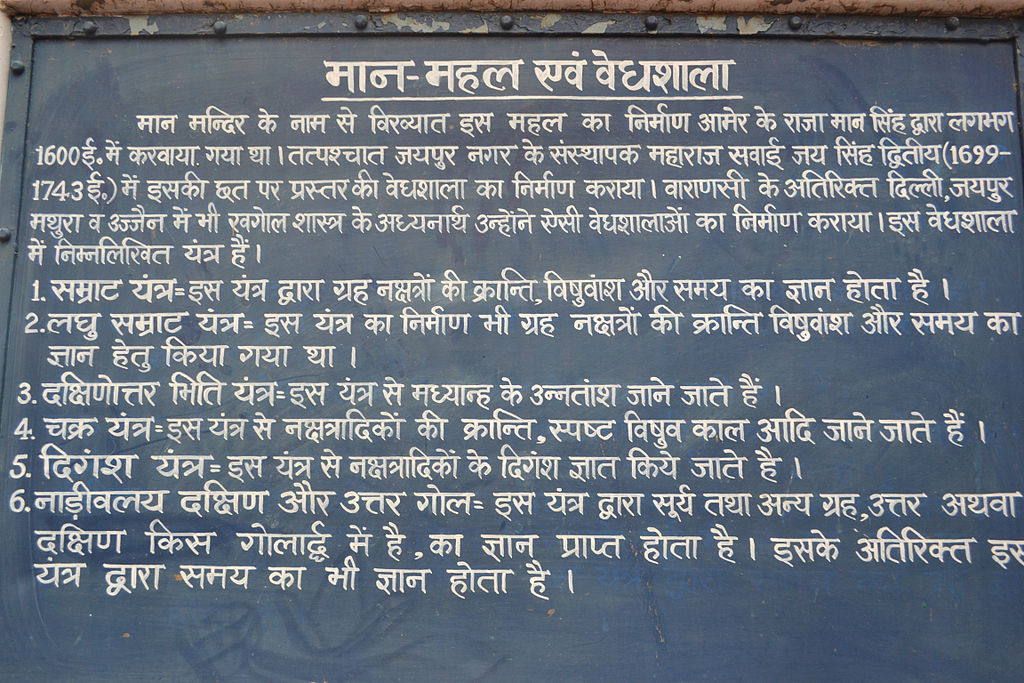 Hindi is also a standardized register of the Hindustani language. It is the most commonly used official language in India. Although it is native to North and North Western India, it is the lingua franca of Hindi belt languages.

Hindi is considered to be a direct descendant of Sanskrit; therefore, Sanskrit influence can be noted extensively in Hindi. It has also been influenced by Dravidian languages, Turkish, Persian, Arabic, etc. Hindi is written in the Devanagari script; this script is written from left to right. Just as Urdu is associated with Muslims, Hindi is associated with Hindu people. Hindi supposed to be the fourth-most natively spoken language in the world. 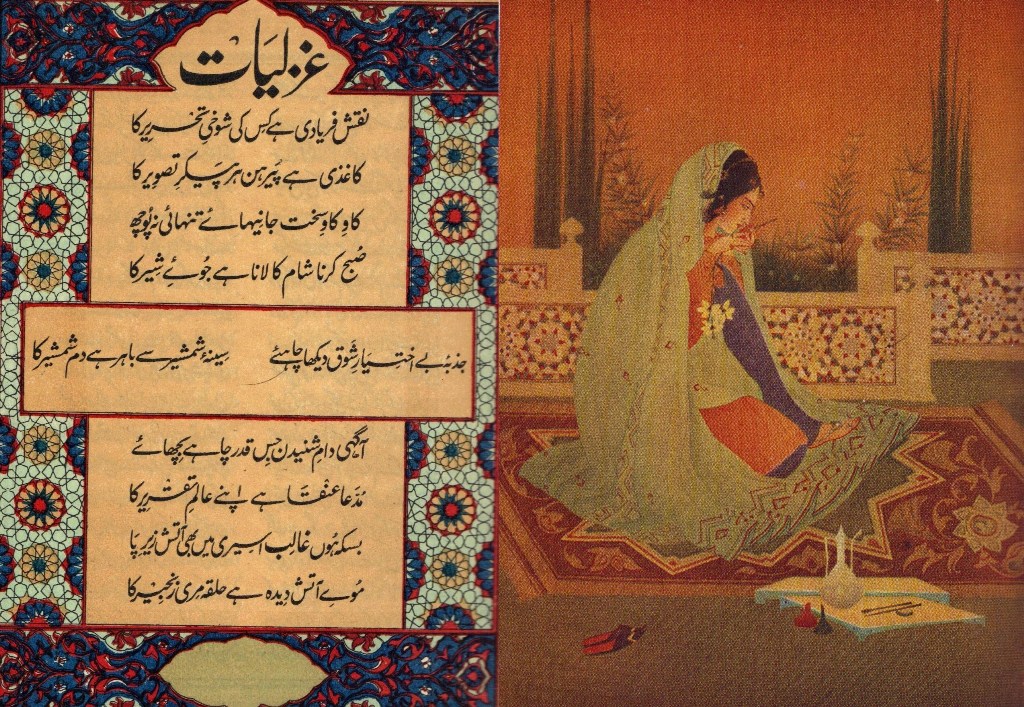 Difference Between Hindi and Urdu

Hindi is the most commonly used official language in India.

Urdu is the national language and the lingua franca of Pakistan.

Hindi is associated with India and Hindus.

Urdu is associated with Pakistan and Muslims.

Influence of other languages

Hindi is heavily influenced by Sanskrit.

Hindi is written in Devanagari script.

Urdu is written in the Nastaliq style of the Persian alphabet.

Hindi is written from left to right.

Urdu is written from right to left.

Urdu vocabulary is heavily influenced by Persian and Arabic.

“Information board in Hindi at Observatory of Man Singh” By Nandanupadhyay – Own work, (CC-BY-SA 3.0) via Commons Wikimedia