IDE and SATA are different types of interfaces to connect storage devices to a computer’s system bus. IDE is an older standard compared to SATA. IDE wires are bulkier and are more expensive. It has a maximum data transferring rate of 133MB/s. On the other hand, SATA wires are smaller, thinner and easier to manage. SATA has a maximum data transferring rate of 6GB/s. Modern hard drives and Solid State Drives use SATA. 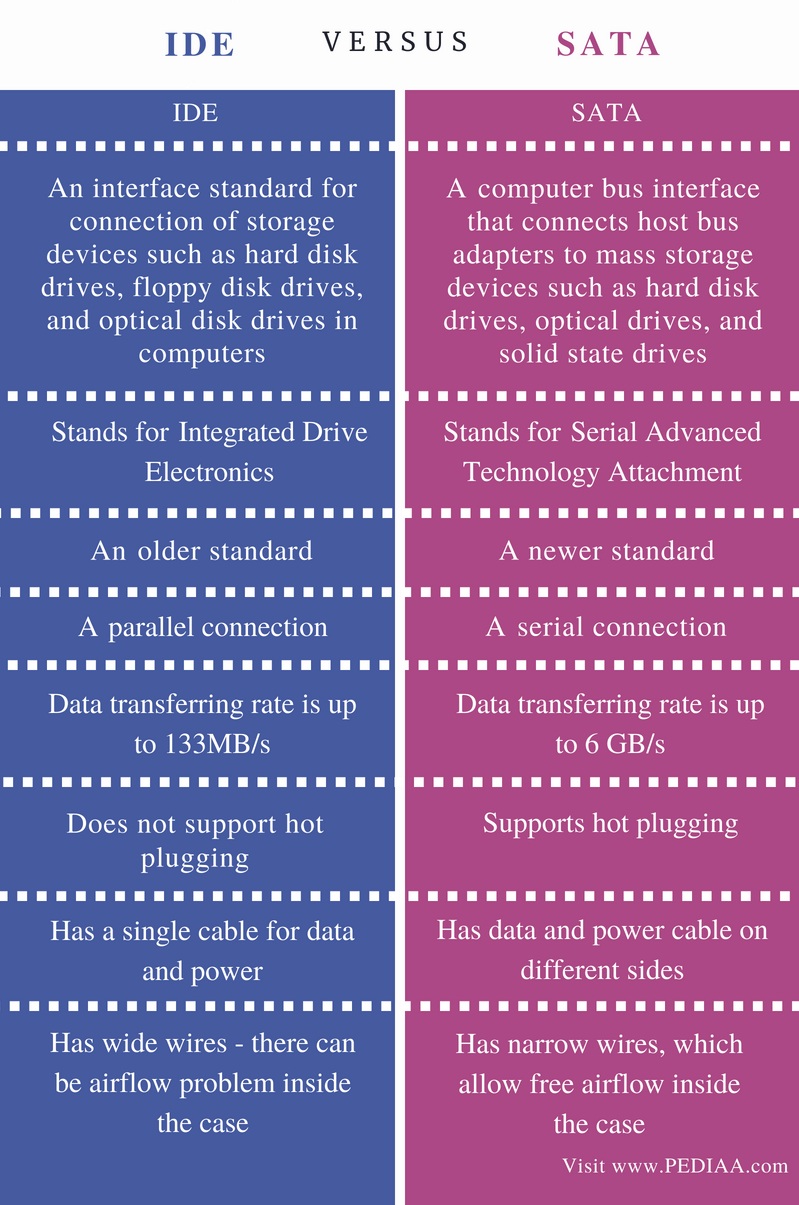 IDE stands for Integrated Drive Electronics. It is also known as Parallel ATA. It is an interface between a computer bus and disk storage drives. This interface is based on the IBM PC Industry Standard Architecture (ISA) 16-bit bus standard. It is used in computers with other bus standards as well. IDE is a parallel connector. Moreover, it requires all the parallel signals to arrive at once. Therefore, IDE does not provide a high speed of data transferring.

SATA stands for Serial Advanced Technology Attachment. It is also referred to as Serial ATA. It is an interface that helps to transfer data between the computer’s bus and storage devices. It was designed to overcome the limitations of IDE. SATA is a serial connector. It provides faster data transferring through higher signaling rates. It also reduces cable size and cost. Most IDEs are now replaced by SATA in desktops and laptops. 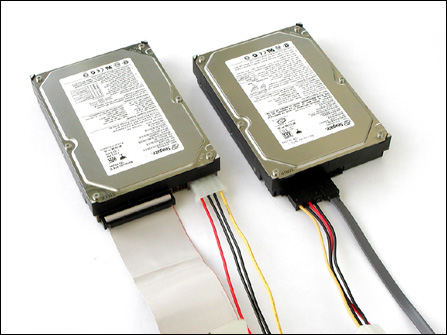 There are two variations of SATA as eSATA and eSATAp. eSATA is for external connectivity. It cannot be used to supply power from the motherboard to the hard drive. eSATAp combines both eSATA (high speed) and USB (compatibility) into a single port.

Difference Between IDE and SATA

IDE is an older standard while SATA is a newer standard.

IDE interface does not support hot plugging, but SATA interface supports hot plugging. Therefore, it is possible to add or remove drives to SATA when the computer is running.