Difference Between Imagery and Symbolism

In literature, imagery refers to an author’s use of vivid and descriptive language to add depth to his writing. Imagery allows the readers to create visual representations of ideas in the readers’ minds. It also helps the readers to understand a literary work better.

As a literary device, imagery should appeal to all our senses. There are five main types of imaginary. They are,

Visual Imagery: appeals to our sense of sight.

“His brown skin hung in strips
Like ancient wallpaper,
And its pattern of darker brown
Was like wallpaper:
Shapes like full-blown roses
Stained and lost through age” – Elizabeth Bishop’s The Fish

Auditory Imagery: appeals to our sense of hearing.

“And full-grown lambs loud bleat from hilly bourn;
Hedge-crickets sing; and now with treble soft
The redbreast whistles from a garden-croft,
And gathering swallows twitter in the skies.” – John Keats’s Ode to Autumn

Olfactory Imagery: appeals to our sense of smell.

“In the period of which we speak, there reigned in the cities a stench barely conceivable to us modern men and women. The streets stank of manure, the courtyards of urine, the stairwells stank of moldering wood and rat droppings, the kitchens of spoiled cabbage and mutton fat; the unaired parlors stank of stale dust…”– Perfume: The Story of a Murderer by Patrick Suskind

Gustatory Imagery: appeals to our sense of taste.

“Those secret tastes, defeated in the past by oranges and rhubarb, broke out into an irrepressible urge when she began to weep. She went back to eating earth.” – One Hundred Years of Solitude by Gabriel García Márquez

Tactile Imagery: appeals to our sense of touch.

“Especially in winter when the bed

Might just as well be ice and the clothes snow.”  – Robert Frost’s The Witch of Coos 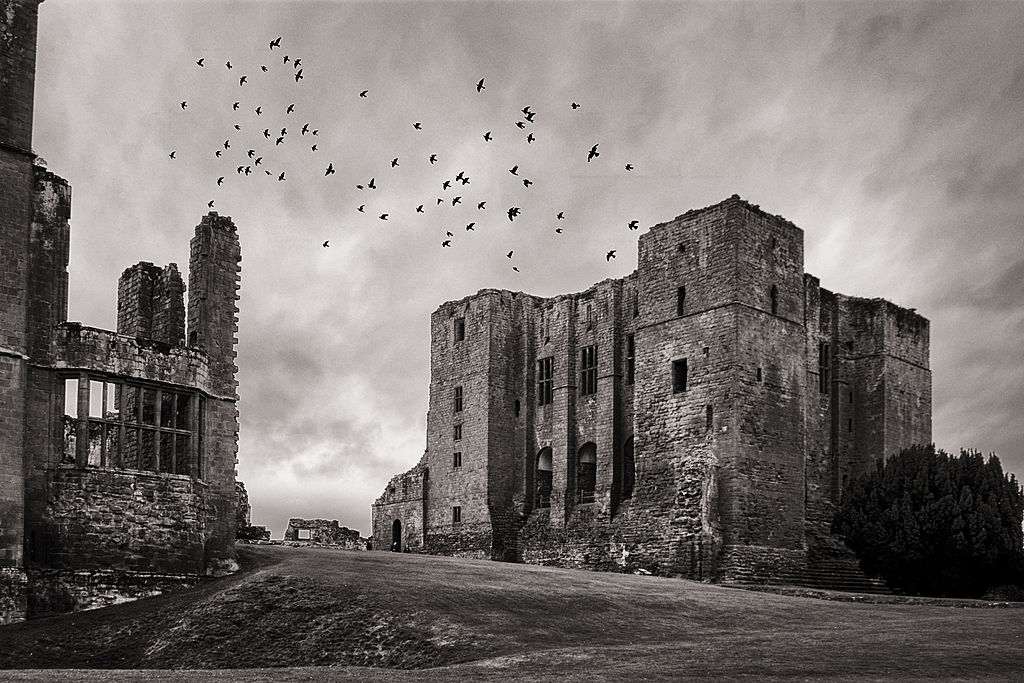 Symbolism refers to the attribution of certain ideas and qualities to objects and concepts. This attributed meaning is always vastly different from the original meaning of the object. Therefore, symbolism gives an object a symbolic meaning that is different from its literal sense.  A symbol is such an object that represents grander qualities and ideas. For example, the red rose is universally accepted as a symbol of love. But this idea of love is not inherent to a red rose. Neither, it is the literal meaning examples. Some more examples of symbols include,

Dove is symbolic of peace

Rain is symbolic of cleansing or sadness

Darkness is symbolic of evil

Symbolism, as a literary device, is used to signify abstract qualities using characters, backgrounds, objects, or setting. Given below are some example of symbolism in literature.

In Nathaniel Hawthorne’s The Scarlet Letter, the scarlet letter itself (the letter A) is a symbol of adultery.

In Shakespear’s Macbeth, the constant reference to blood can be taken as a symbol of violence and guilt.

In Joseph Conrad’s Heart of Darkness, the darkness symbolizes the evil. 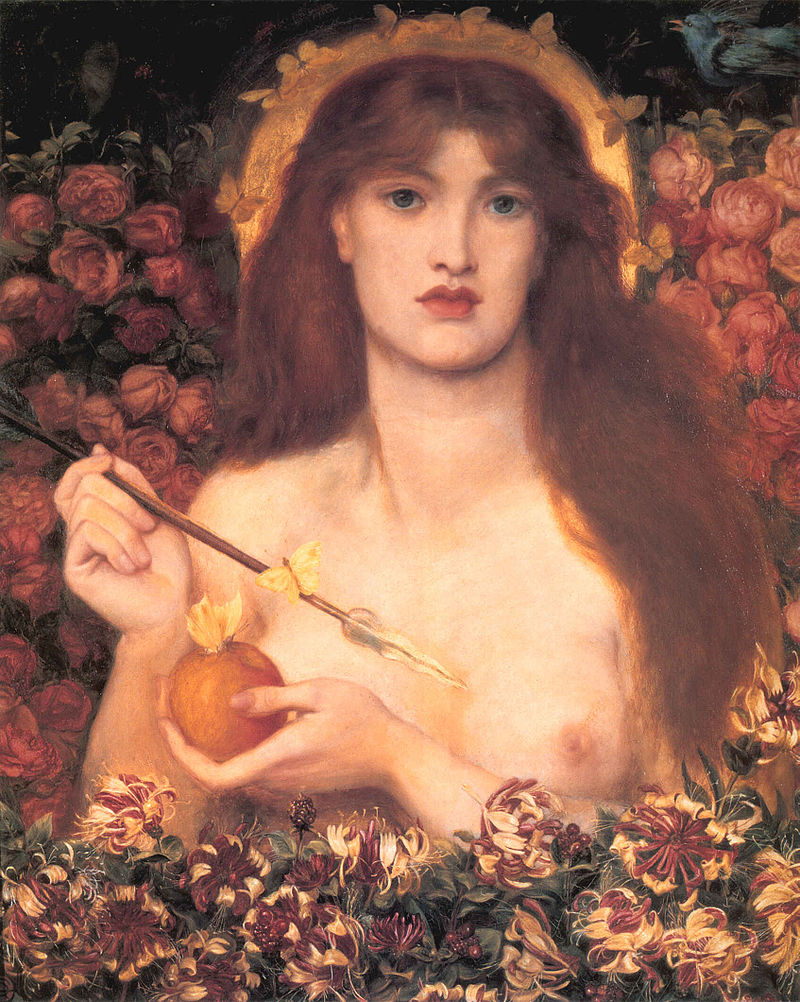 Apple is a symbol of temptation.

Difference Between Imagery and Symbolism

Imagery refers to the use of vivid and descriptive language to add depth to the writing.

Symbolism refers to the imbuement of objects with a certain meaning that is different from their original meaning or function.

Imagery appeals to the five senses.

Symbolism appeals to the intellect. 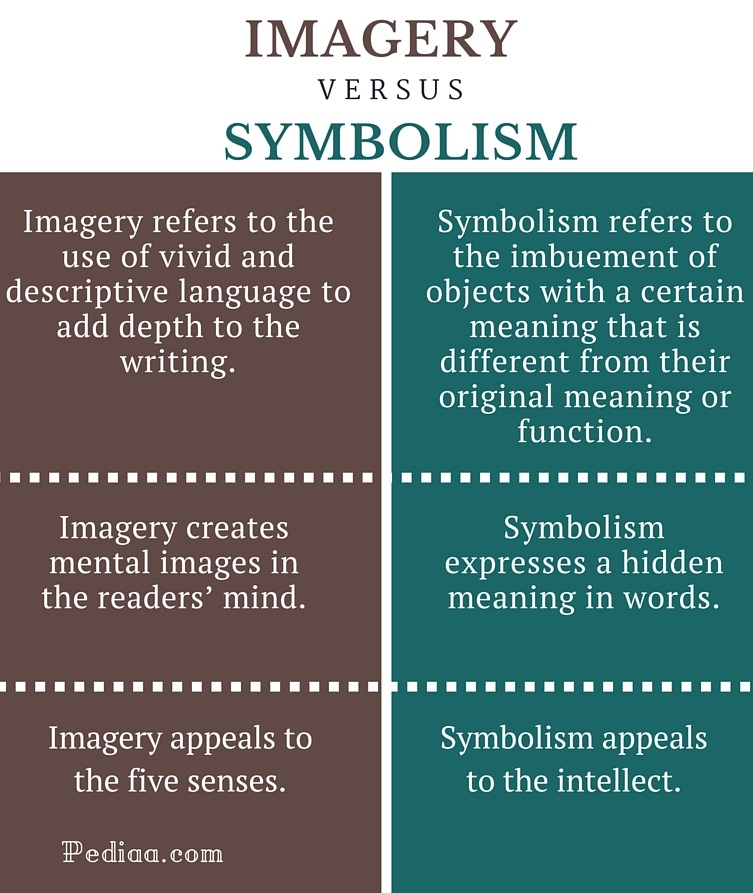 Ruins of Kenilworth Castle by Tilliebean – Own work, (CC BY-SA 3.0) via Commons Wikimedia