Insects are small arthropods possessing six legs and one or two pairs of wings. Typically, insects are small invertebrate animals. Some insects are invisible, and the others can be about 7 inches long. Their body is covered with an exoskeleton made up of chitin. The body of insects is composed of three sections: head, thorax, and abdomen. Six legs are connected to the abdomen of insects. Some insects contain wings connected to the thorax. A pair of antennae can be found in the head. Insects also contain a pair of compound eyes in the head. An insect is shown in figure 1. 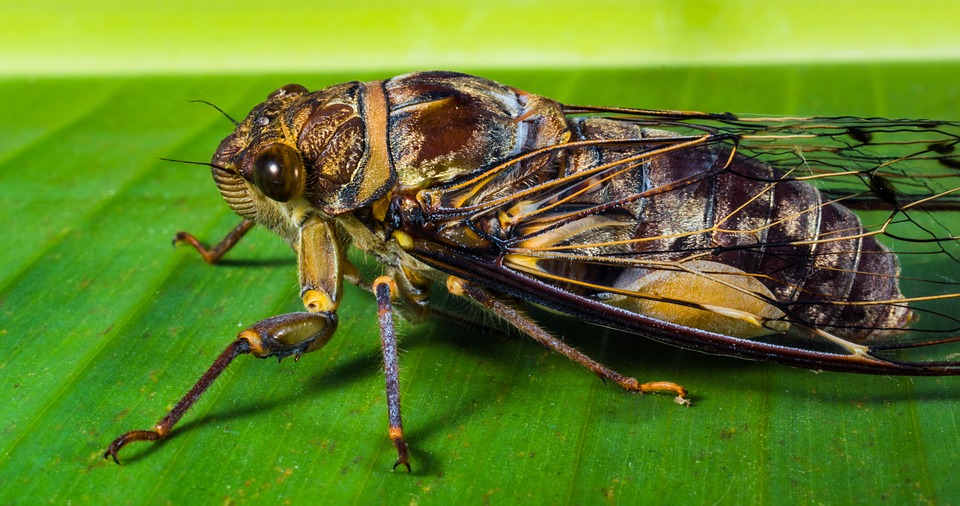 Insects undergo complete metamorphosis. Young insects that are called nymph are born from eggs. As the nymph grows, a new outer covering is formed around the body called the exoskeleton. The nymph shed the old outer covering for its further growth. This process is called molting. Termites, ants, bees, wasps, and butterflies are examples of insects.

Arachnids are wingless arthropods, consisting of a body with two segments: cephalothorax and abdomen. Archanis also have eight appendages and no antennae. Over 100, 000 species of arachnids have been identified all over the world. Arachnids have simple eyes. They hatch eggs but, do not undergo metamorphosis. The typical body structure of an arachnid is shown in figure 2. 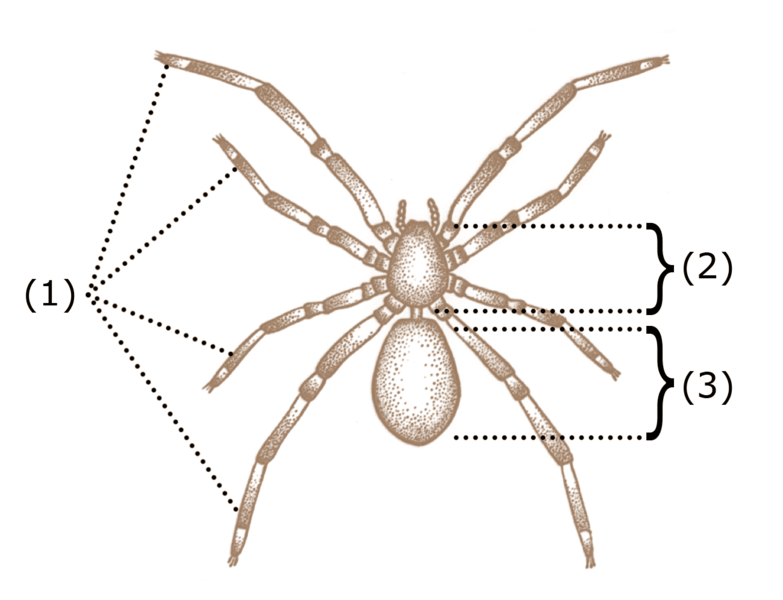 Arachnids are cold-blooded animals whose blood temperature depends on the temperature of the environment. Their blood is blue in color since it contains hemocyanin. They feed on the body fluids of the prey. Therefore, arachnids are carnivorous animals. Some arachnids make nests.

Similarities Between Insects and Arachnids

Difference Between Insects and Arachnids

Insects: Insects are small arthropods who possess six legs and one or two pairs of wings.

Arachnids: Arachnids are wingless arthropods, having a body with cephalothorax, abdomen, eight appendages, and no antennae.

Insects: Insects are mostly terrestrial. Some insects can be aquatic and parasitic.

Arachnids: Arachnids are mainly terrestrial, and some are parasitic.

Insects: Many insects have wings.

Arachnids: Arachnids do not have wings.

Division of the Body

Insects: The body of insects is divided into head, thorax, and abdomen.

Arachnids: The body of the arachnids is divided into cephalothorax and abdomen.

Insects: Insects have one pair of antenna.

Arachnids: Arachnids do not have an antenna.

Arachnids: Arachnids have one to six pairs of simple eyes.

Insects: Respiration of insects occurs through the trachea.

Arachnids: Respiration of arachnids occurs through trachea and book lungs.

Arachnids: Spider, acari, amblypygid, and scorpions are examples of arachnids.