Both jargon and slang are two special types of language varieties. The main difference between Jargon and Slang is, Jargon is terminology that is used in relation to a specific activity, profession, group, or event whereas slang is the use of informal words and expressions that are not considered standard in the speaker’s dialect or language.

Jargon is a special type of language used in a particular context and may not be understood outside of that context. They are special words or expressions that belong to a specific profession or activity. It is the terminology of science, technology, trade, art, etc. The people outside that particular field will not understand the meanings of these words. Given below are some specific fields and jargons used in them.

FTP – The failure of an individual to pay a fine

Bang for the buck – to get the most for your money

Open the kimono – to share information with an outside party

Over time, some jargons can become accepted words and understood by a larger group of people. For example, words like RAM, byte, hexadecimal, which were jargons in the computing science, are known by everyone. 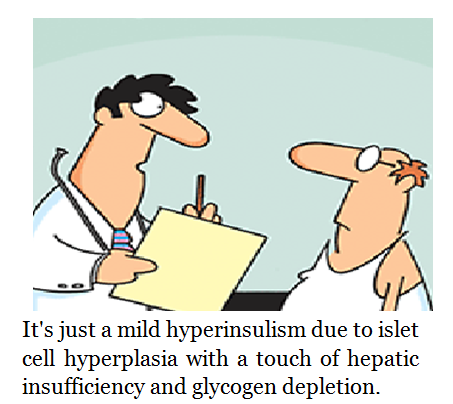 Slang is a colloquial variety of language that is used in highly informal situations. It is always used with people who share similar social backgrounds and age groups. This is not used in the written language.

A special feature of slang is that slang words do not stay in the language for a long time. Many slang words disappear, and new words come into the language. However, there are some words that were introduced to the language as slang but have evolved into standard words. For example, taxi, bogus, hoax, skyscraper, etc.

A new slang word can come into being in two ways. A new word can be coined or invented, or an old word can be given a new word. For example, the word wicked originally means cruel or evil, but in slang wicked means wonderful or excellent.

Blimey – exclamation used to remark that something is remarkable.

Kick the bucket – to die

Adam and Eva – to believe

Blow – to leave a place

Chick – a young and pretty girl 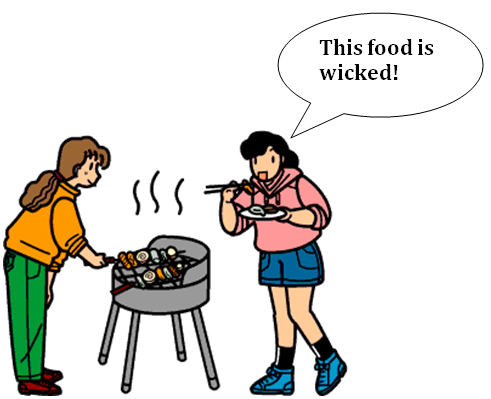 Difference Between Jargon and Slang

Jargon is a particular type of language that is used by those engaged in a specific profession or activity.

Slang is a type of language consisting of words and phrases that are regarded as very informal.

Jargon can be used in both written and spoken context.

Slang is only used in spoken language.

Jargon is not informal and can be used in a professional context.

Slang is informal and can not be used in a professional context. 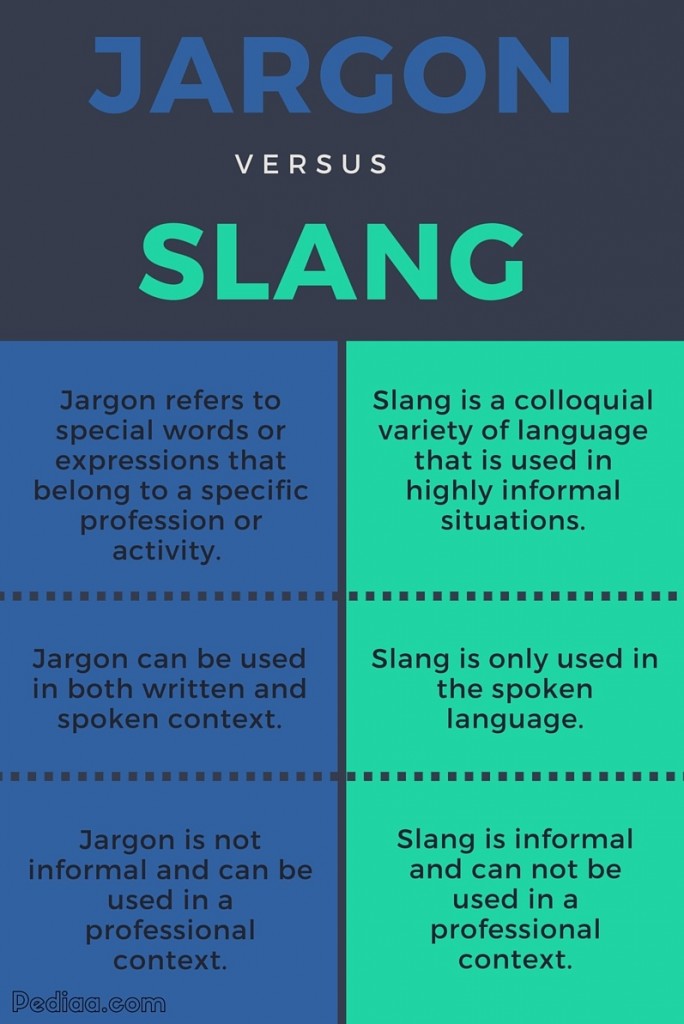