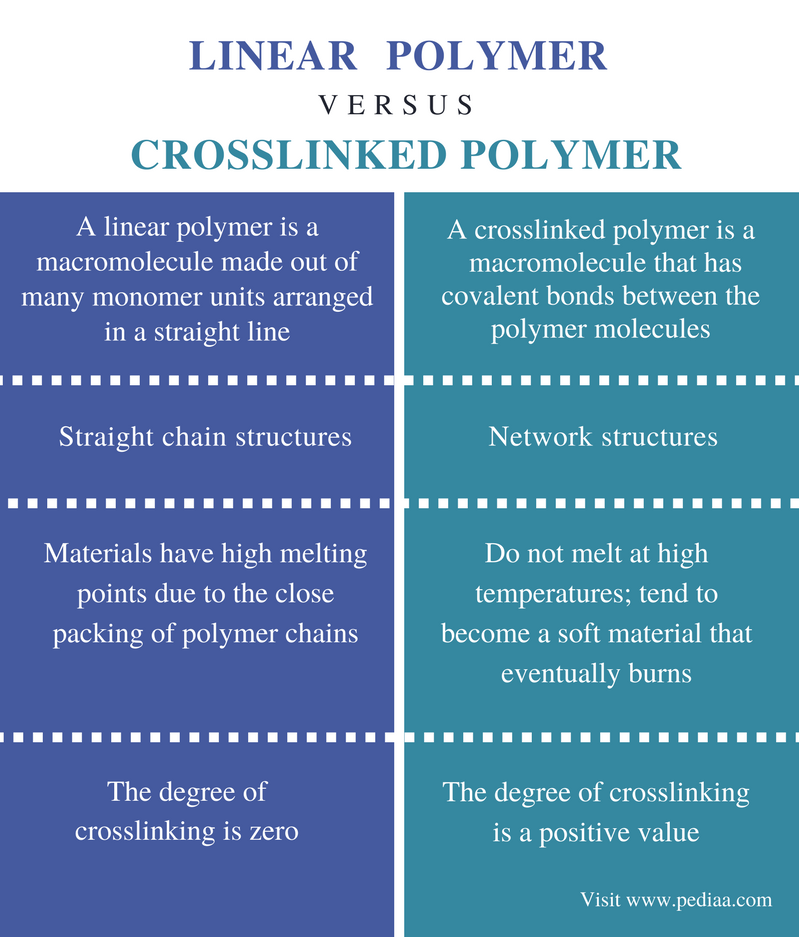 What is a Linear Polymer

Figure 1: Amylose is a Linear Polymer of Glucose Monomers

These macromolecules are closely packed due to less steric hindrance. This gives the linear polymers a high density, high tensile strength, and a high melting point.

What is a Crosslinked Polymer

Since crosslinks between polymer chains are stronger than normal intermolecular attractions, crosslinking forms a stable and stronger polymer material. Crosslinked polymers can be found in both synthetic polymers and as naturally occurring polymers. Crosslinks can be formed from chemical reactions using crosslinking reagents. The most common example of crosslinked polymers is the vulcanized rubber.  Since natural rubber is not enough stiff and rigid, rubber is vulcanized. It is heated with sulfur, so sulfur molecules form covalent bonds in the rubber polymer chains, connecting the chains with each other. This makes rubber a stiff, rigid material and durable. 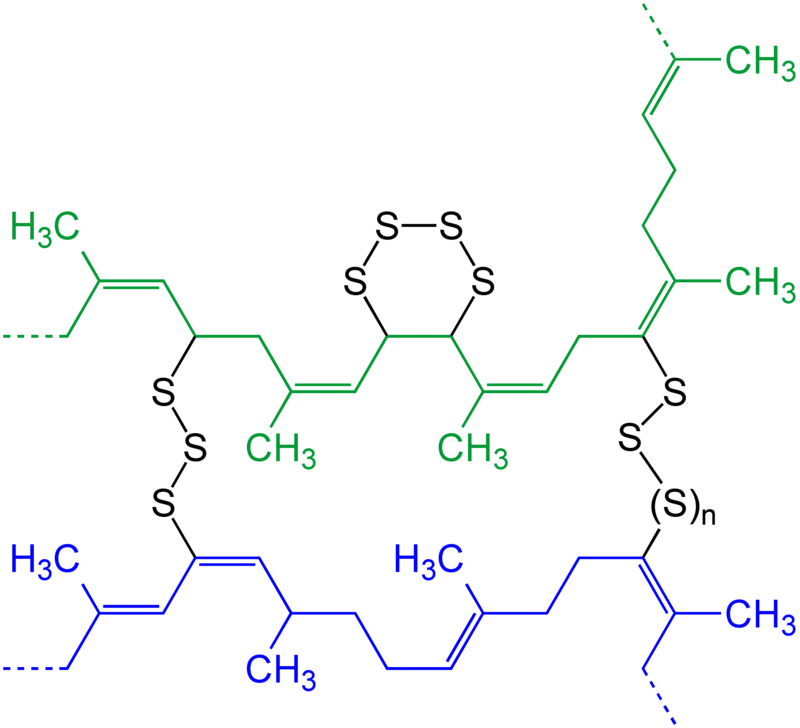 Difference Between Linear and Crosslinked Polymer

Linear Polymer: A linear polymer is a macromolecule made out of many monomer units arranged in a straight line.

Crosslinked Polymer: A crosslinked polymer is a  macromolecule that has covalent bonds between the polymer molecules.

Crosslinked Polymer: Crosslinked polymers do not melt at high temperatures. They tend to become a soft material that eventually burns.

Linear Polymer: The degree of crosslinking of linear polymers is zero.