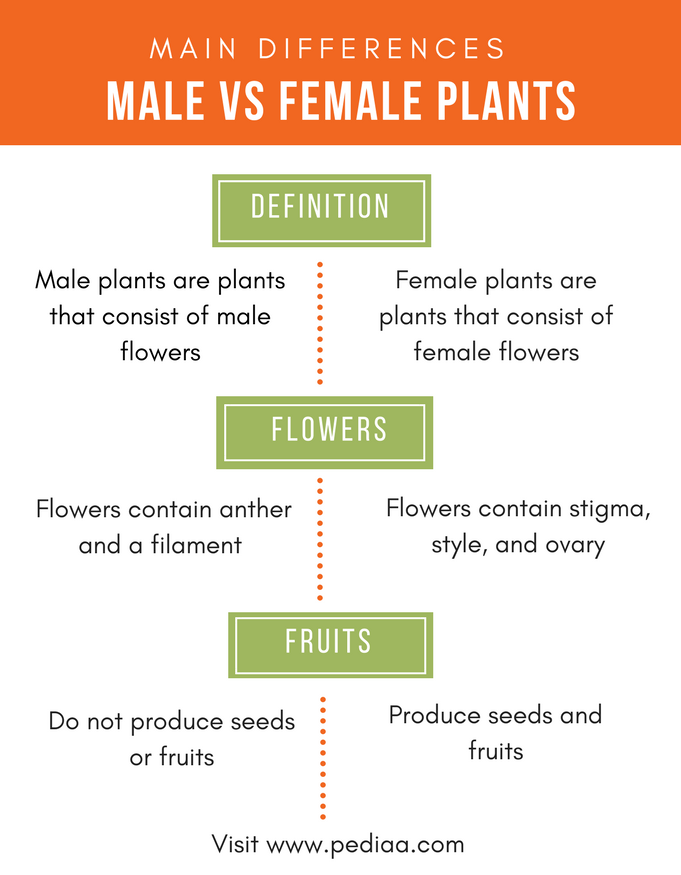 What are Male Plants

Plants that only contain male sex organs in their flowers are called male plants. Hence, male plants are dioecious plants, bearing unisexual male flowers. Plants like Cannabis, papaya, holly and ginkgo contain separate male and female plants. The androecium is the male sexual organ of the flower, consisting of an anther and a filament. Pollen grains are produced inside the anther. The opening of the ripened anthers releases pollen grains into the external environment. Mature pollen grains contain two nuclei: tube nucleus and generative nucleus. They are dispersed by wind, water, insects or animals. After a successful pollination, the pollen grain is germinated into male gametophyte inside one of the female sexual organ of another flower of a different plant in the same species. Tube nucleus produces the pollen tube, which grows into the ovary, carrying sperm cells into the ovule. 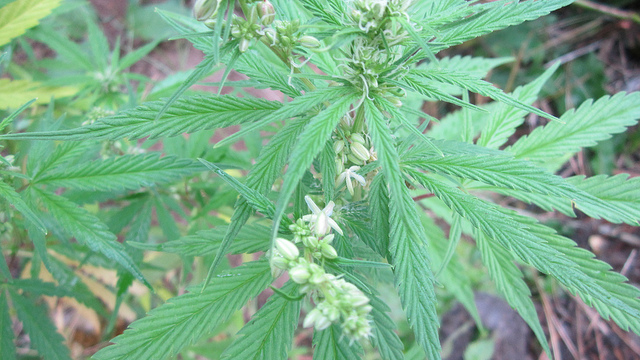 What are Female Plants

Plants that only contain female sex organs in their flowers are called female plants. Female plants are also dioecious plants, bearing unisexual female flowers. The gynoecium is the female sexual organ of the flower, containing stigma, style, and ovary. Stigma receives the pollen grain during pollination. The style is the tube on top of the ovary, which bears the stigma. The pollen tube grows through the style until it meets the ovary. The ovary produces ovules. The ovule is the female gametophyte, containing an egg cell. One ovary may contain several ovules. Double fertilization occurs in angiosperms, of which one sperm cell fertilizes the egg cell, and another sperm cell fertilizes the central cell in the embryo sac. The central cell contains two haploid nuclei. Therefore, fertilization of the central cell by a sperm cell produces a triploid cell. The process is hence called triple fertilization. After a successful fertilization, ovule is developed into a seed, and the triploid central cell is developed into the endosperm. 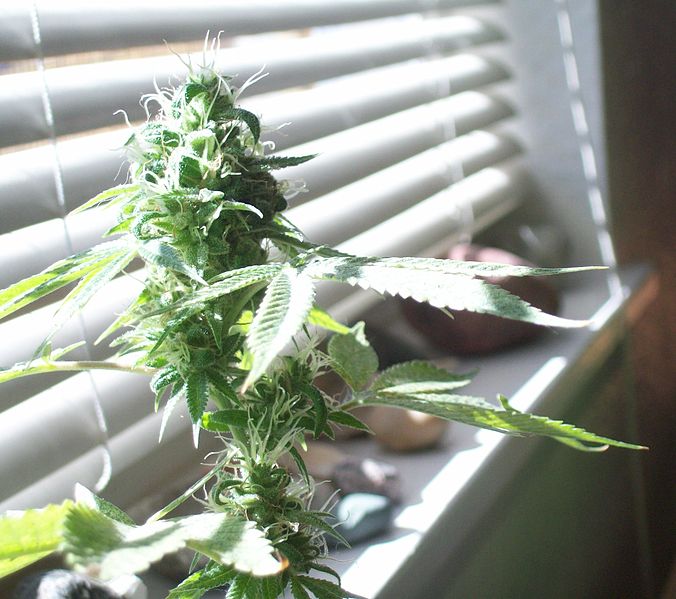 Difference Between Male and Female Plants

Male Plants: Male plants do not produce seeds or fruits.

Female Plants: Female plants are economically important since they produce seeds and fruits.