Pollination and fertilization are two events in the process of sexual reproduction in plants. Pollination is followed by fertilization. The flower is the sexual reproduction organ in plants and consists of both male and female reproduction organs of the plant. The male parts of the flower are called the stamens, and it consists of anthers, held up by filaments. Pollen grains, which are the male sex cells, are produced in the anther. Female sex cells are produced in ovaries, which are contained in the ovule. Stigma collects the pollen grains for the fertilization. Brightly colored petals and nectar attract insects to the flower in order to enhance the pollination. The main difference between pollination and fertilization is that pollination is the deposition of pollen grains from the anther to a stigma of a flower whereas fertilization is the fusion of the haploid gametes, forming a diploid zygote. 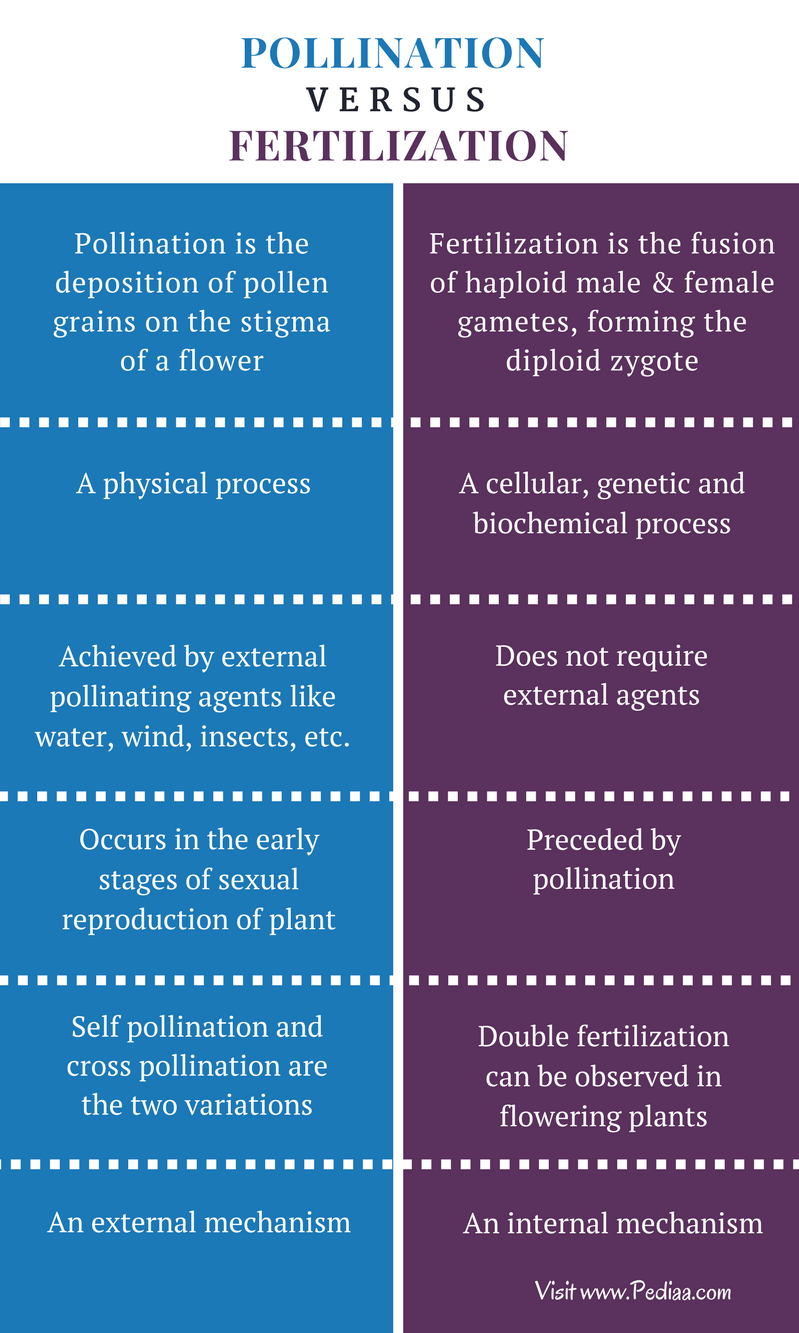 Cross pollination is the deposition of pollen grains of one flower on a stigma of another flower on a different plant in the same species. The process is called allogamy. The genetic material of two plants is combined during cross pollination, producing a genetically varied offspring to parents. External pollinating agents like water, wind, insects and animals assist cross pollination. Flowers exhibit several characters like brightly colored petals, scents, and nectar in order to attract insects to the flower, which enhances pollination. 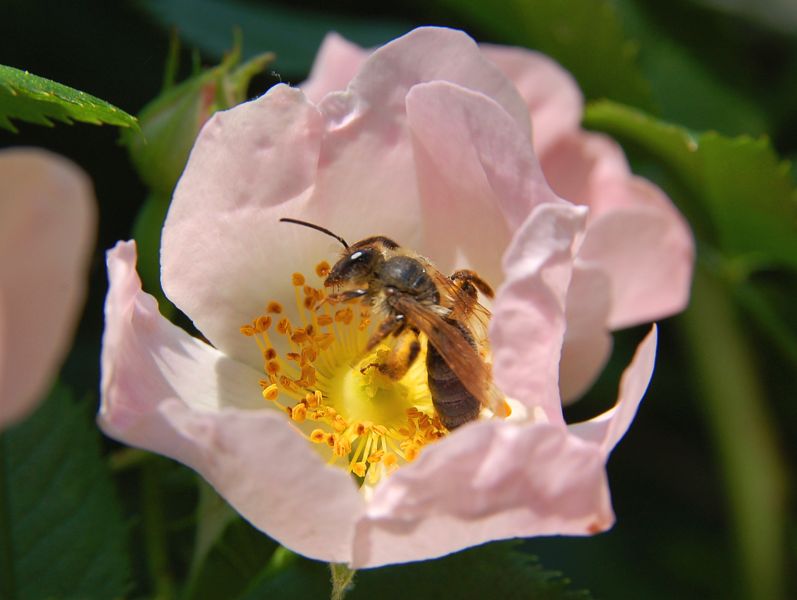 Fertilization is the fusion of male and female gametes, forming the zygote. The fusion of gametes is called syngamy. In plants, this process is called fertilization. After pollination, when pollen grains are landed on the stigma of a flower in the same species, the fertilization begins. Pollen contains a tube cell and a generative cell. Tube cell is involved in the formation of the pollen tube. Generative cell forms two sperm cells. The pollen tube grows down the style until it finds the ovary. This process is called the germination. Once pollen tube penetrates the ovule using a tiny hole in the ovule called micropyle, it bursts itself, releasing the two sperm cells into the embryo sac.

A process called double fertilization occurs in flowering plants (angiosperms). During the double fertilization, one sperm fertilizes the egg cell, which is situated at the bottom of the female gametophyte, forming the diploid zygote. Female gametophyte is also called the embryo sac. The other sperm cell is fused with the central cell. The central cell contains two haploid polar nuclei. Hence, the resulting cells are triploid, which are divided by mitosis, forming the endosperm. Endosperm is a nutrient-rich tissue, found inside the seed.

The ovary of an angiosperm is developed into a fruit after the fertilization. Some plants, like avocados, contain a single ovule in the ovary per a flower. These plants develop a single seed per fruit. Some plants, like kiwi fruit, contain several ovules in the ovary of a flower. They produce multiple seeds per fruit. In fruits with multi-seeds, syngamy occurs, where the multiple pollen grains are involved in the fertilization of several ovules. Double fertilization is shown in figure 2. 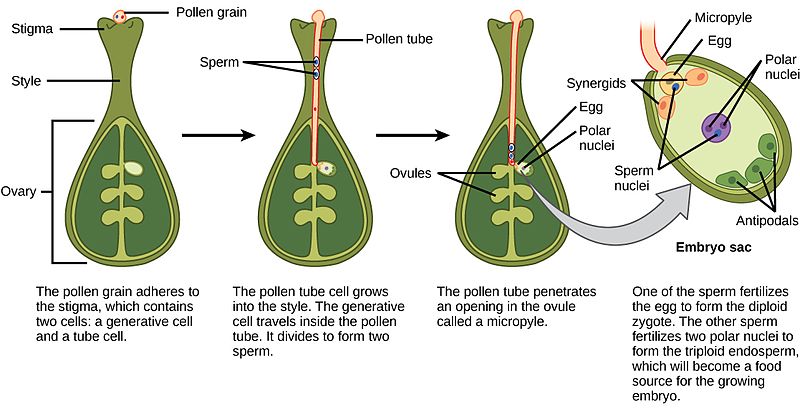 Difference Between Pollination and Fertilization

Pollination: Pollination is the deposition of pollen grains on the stigma of a flower.

Fertilization: Fertilization is the fusion of haploid male and female gametes, forming the diploid zygote.

Type of the Process

Pollination: Pollination occurs in the early stages of sexual reproduction of plants.

Variations of the Process

Pollination: Pollination is an external mechanism.

Pollination and fertilization are two major events in the sexual reproduction of plants. The main difference between pollination and fertilization is in the mechanisms of each of the two processes. During pollination, pollen grains, which are released from the anther of a flower, are deposited on the stigma of the same or different flower in the same species. Anthers and filaments belong to the male reproductive organ of flowering plants. Stigma, style, and ovary belong to the female reproductive organs in flowering plants. Two types of pollination are observed among plants: self and cross pollination. Self pollination occurs between two genetically identical flowers, whereas cross pollination occurs between two genetically varied plants in the same species. A single pollen contains two sperm cells. After the occurrence of pollination, pollen tube is formed, penetrating the style, until it finds the ovary. Sperm cells, which are released from the pollen tube fertilize the egg cell as well as the central cell in the embryonic sac. The process is called double fertilization.