Mandarin is the official language of China, and it is the lingua franca of the country. Many parts of China including Beijing and Shanghai, as well as Taiwan and Singapore, use Mandarin as the main dialect. This is used in various fields such as education and media.

If we look at the structural differences between Mandarin and Cantonese, Mandarin has only five tones and words always end in a vowel even though a word is only a syllable long. The pronunciation is generally romanized using the pinyin system. The structure of the sentence also tends to change often, depending on the subject and emotional meaning.

Although Mandarin and Cantonese use the same writing system, many Mandarin users have shifted over to the simplified Chinese characters which were adopted in the 1960s. 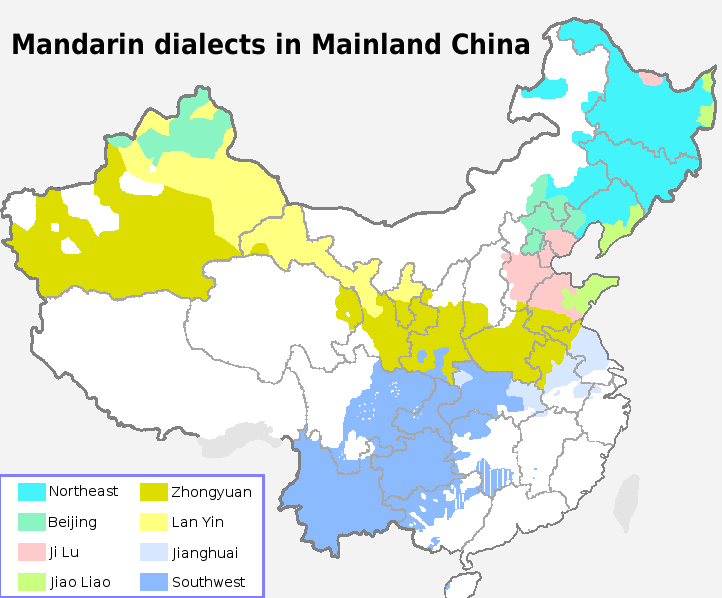 Cantonese is a dialect of Ye Chinese spoken in the southern part of China. Guangdong province, including Guangzhou, Macau, and Hong Kong are the areas where Cantonese is mainly used. Although Cantonese share some vocabulary with Mandarin, these two dialects are mutually unintelligible.

Cantonese is used by approximately 70 million people in China, but many speakers also learn Mandarin since it is the official language of China.

If we look at the structural features of Cantonese, it still uses the traditional characters of the writing system, unlike Mandarin. There are nine tones in this dialect and the words can either end in consonants or vowels. Overall, Cantonese tend to be more complex than Mandarin. Many Chinese learners choose Mandarin over Cantonese because of this complexity. However, Cantonese speakers find it easy to learn Mandarin since it is less complex. 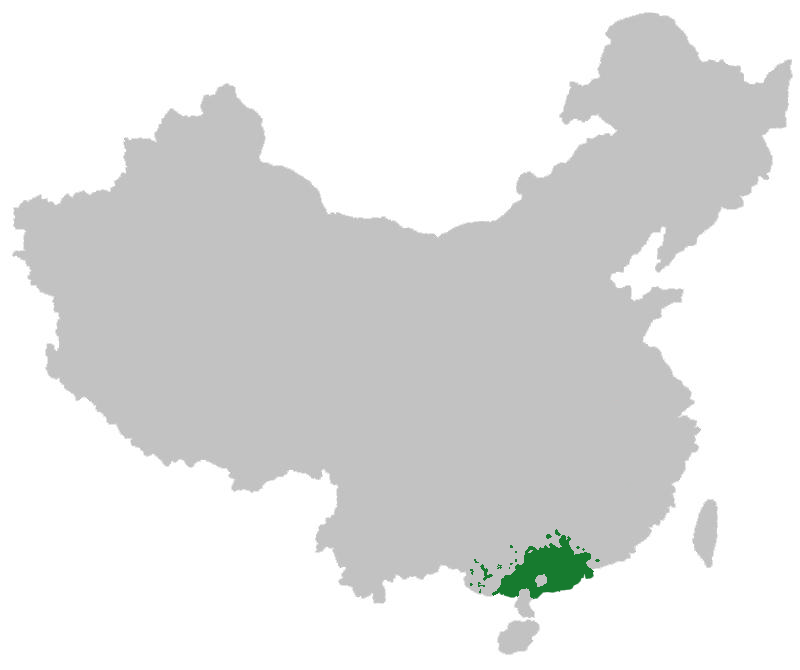 Difference Between Mandarin and Cantonese

Mandarin is the official language of China.

Cantonese is a dialect of Ye Chinese spoken in the southern part of China.

Mandarin is spoken in most of northern and southwestern China.

Cantonese is spoken in Macau, Hong Kong, and Guangdong province.

Cantonese words can end in a vowel or a consonant.

Cantonese is more complex than Mandarin. 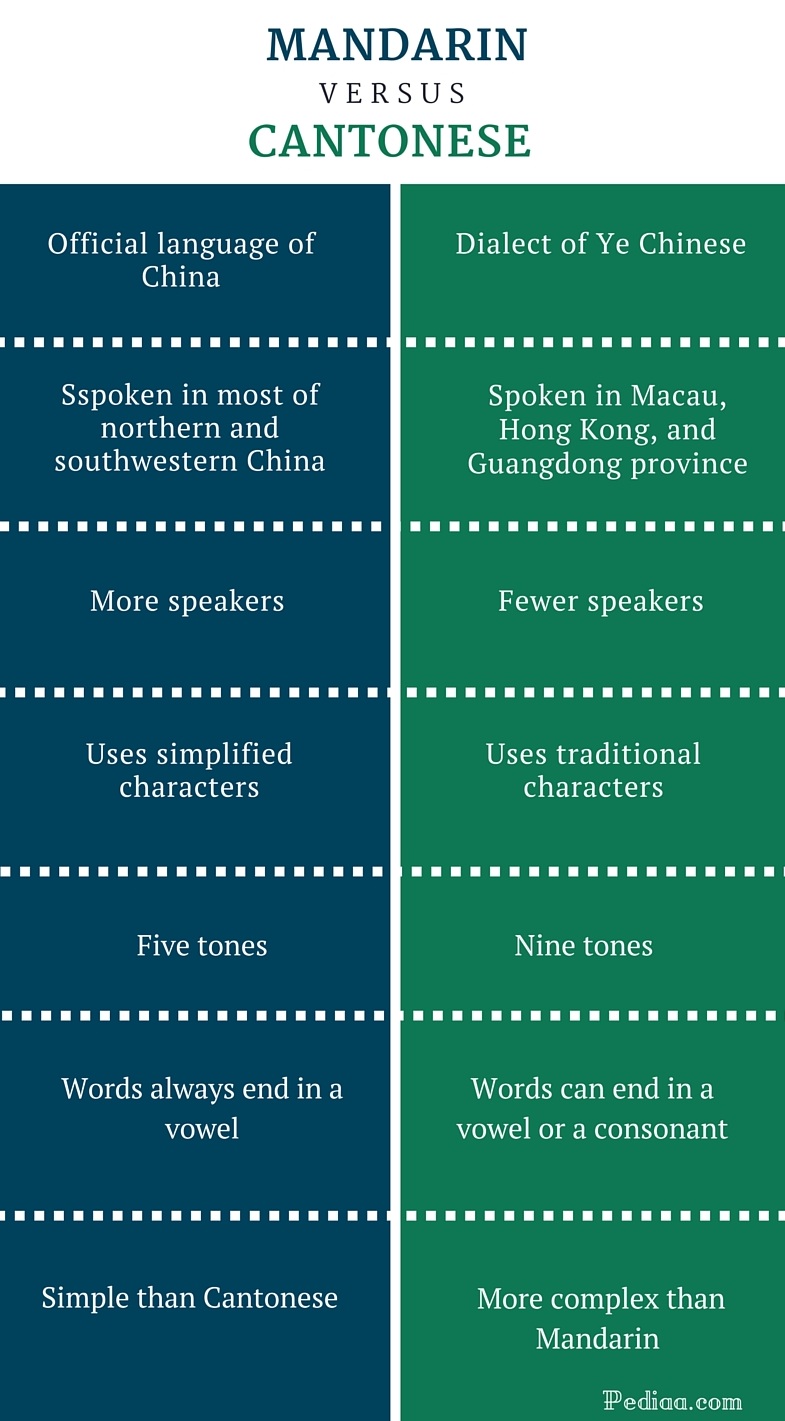 “Linguistic maps of Cantonese in China/Taiwan/Hainan” by ASDFGHJ – Own work (CC BY-SA 3.0) via Commons Wikimedia