Monologue and dialogue are two literary devices that involve speech. Monologue refers to a speech delivered by a character in order to express his thoughts and feelings to other characters or the audience. Dialogue refers to a conversation between two or more characters in a work of literature. The main difference between monologue and dialogue is that monologue is a speech by one person whereas dialogue is a conversation between two or more people.

What is a Monologue

Given below is a famous monologue from Shakespeare’s Julius Creaser, in which Anthony addresses the people of Roman.

“Friends, Romans, countrymen, lend me your ears;
I come to bury Caesar, not to praise him.
The evil that men do lives after them;
The good is oft interred with their bones;
So let it be with Caesar. The noble Brutus
Hath told you Caesar was ambitious:
If it were so, it was a grievous fault,
And grievously hath Caesar answer’d it.” 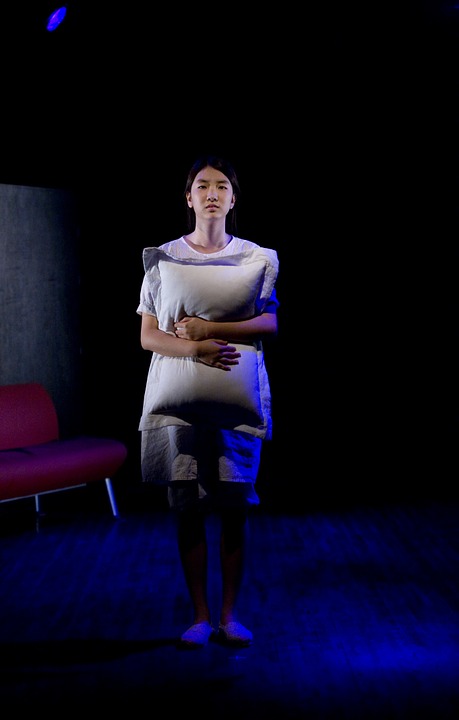 What is a Dialogue

In literature, dialogue refers to a conversation between two or more characters. The term dialogue is derived from the Greek dialogos meaning conversation. Dialogue plays a very important role in all fiction. Many literary forms such as novels, short stories, dramas, and films use dialogue as a major technique. In fact, dramas are entirely made of dialogues.

It is the dialogues that portray the way characters interact, make decisions and change. They reveal the thoughts and ideas of the characters which cannot be understood otherwise. Dialogues help the readers to understand the personalities of the characters, create conflict in the plot and, move the storyline forward. Let us now see how some famous writers have used dialogues in their work.

“Oh! Single, my dear, to be sure! A single man of large fortune; four or five thousand a year. What a fine thing for our girls!”

“My dear Mr. Bennet, “replied his wife, “how can you be so tiresome! You must know that I am thinking of his marrying one of them…

My dear, you flatter me. I certainly have had my share of beauty, but I do not pretend to be anything extraordinary now…she ought to give over thinking of her own beauty.”

ROMEO: (taking JULIET’s hand) If I profane with my unworthiest hand
This holy shrine, the gentle sin is this:
My lips, two blushing pilgrims, ready stand
To smooth that rough touch with a tender kiss.
JULIET: Good pilgrim, you do wrong your hand too much,
Which mannerly devotion shows in this,
For saints have hands that pilgrims’ hands do touch,
And palm to palm is holy palmers’ kiss.
ROMEO: Have not saints lips, and holy palmers too? 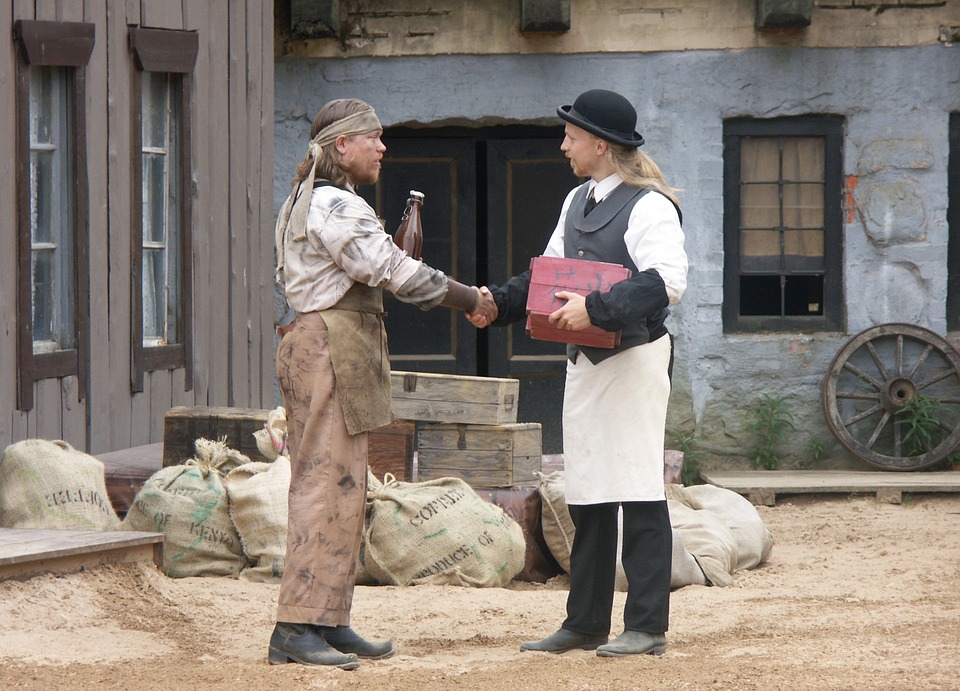 Difference Between Monologue and Dialogue

Monologue refers to a speech delivered by a character in order to express his thoughts and feelings to other characters or the audience.

Monologue involves only one character.

Monologue is a speech given by a character.

Dialogue is a conversation between characters. 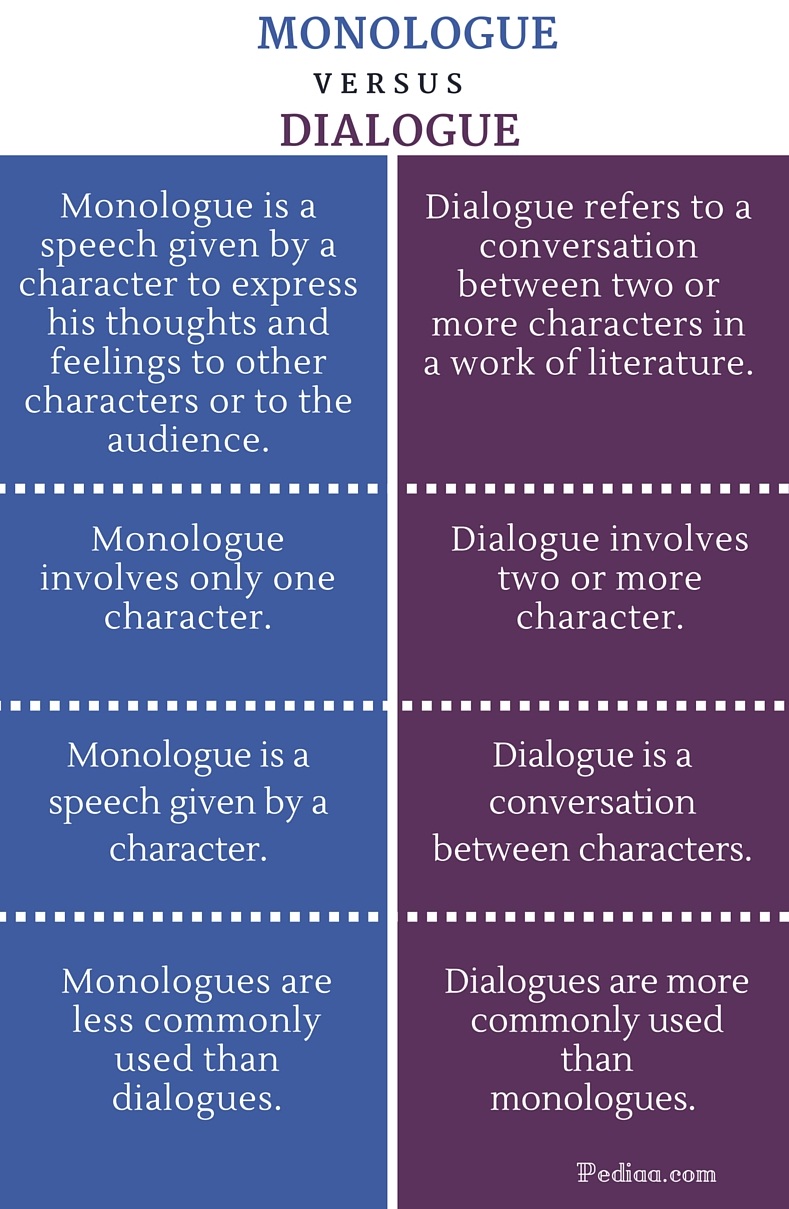