The main difference between motherboard and processor is that the motherboard allows communication between the components of the computer such as processor, memory, and connectors for other peripherals while the processor carries instructions of a computer program to perform arithmetic, logical and control operations specified by the instructions.

A computer is an electronic device that can perform multiple tasks simultaneously. There are various components in the computer. These components are divided into software or hardware. Motherboard and processor are two hardware components. In brief, the motherboard provides the pathway to ensure the communication between various units while the processor handles the tasks of other units. Both of them are essential for the proper functioning of the entire computer. 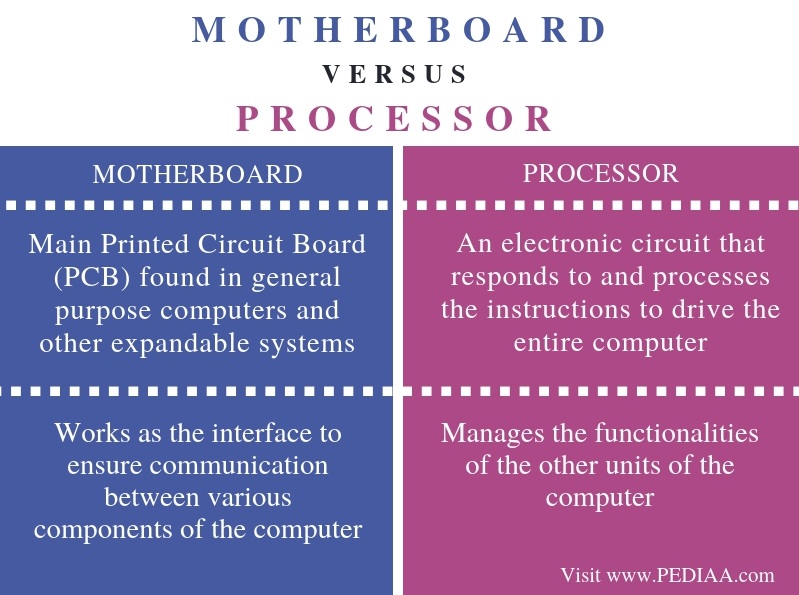 What is a Motherboard

A motherboard is the main PCB in the computer. It is also known as the mainboard, logic board or system board. It consists of components that allow communication between components such as processor, memory and other peripherals. The motherboard contains chipset, memory controllers, interface cards such as sound cards, video cards, network cards, and other components integrated together. 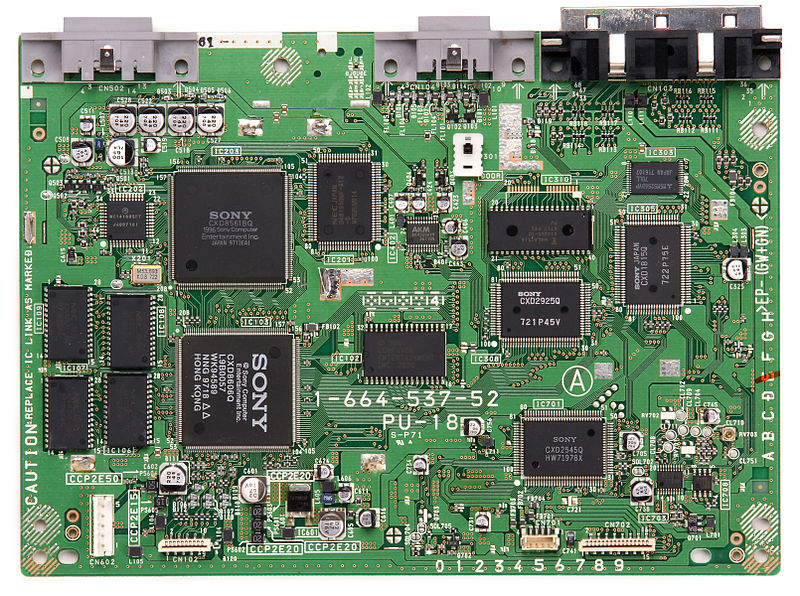 Motherboards consist of nonvolatile memory to initialize the system and to load some startup software. For example, Apple II and IBM PC use ROM chips mounted in sockets on the motherboard. Furthermore, modern motherboards use BIOS which is stored in an EEPROM chip soldered to or socketed on the motherboard. Apart from computers, motherboards are also available in embedded systems such as printers, washing machines, and televisions, etc.

What is a Processor

The processor is also called the Central Processing Unit (CPU). It handles the functionalities of other components in the computer. There are two subsystems in the processor called Arithmetic and Logical Unit (ALU) and Control Unit (CU).  ALU performs the arithmetic and logical operations. The CU sends timing and control signals to the other components to synchronize the tasks. Moreover, there are fast memory locations called registers inside the processor. They help to store and transfer data to other units as instructed by the CPU. 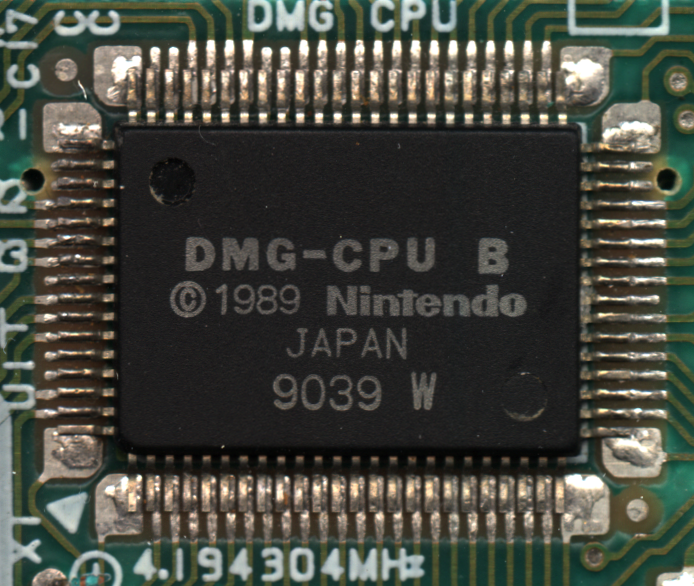 Relationship Between the Motherboard and Processor

Difference Between Motherboard and Processor

Motherboard is the main Printed Circuit Board (PCB) found in general purpose computers and other expandable systems. Processor is an electronic circuit that responds to and processes the instructions to drive the entire computer. This is the basic difference between motherboard and processor.

The difference between motherboard and processor is that motherboard allows communication between the components of the computer such as processor, memory, and connectors for other peripherals while processor carries instructions of a computer program to perform arithmetic, logical and control operations specified by the instructions.