3. What is the difference between Nomadic and Sedentary? 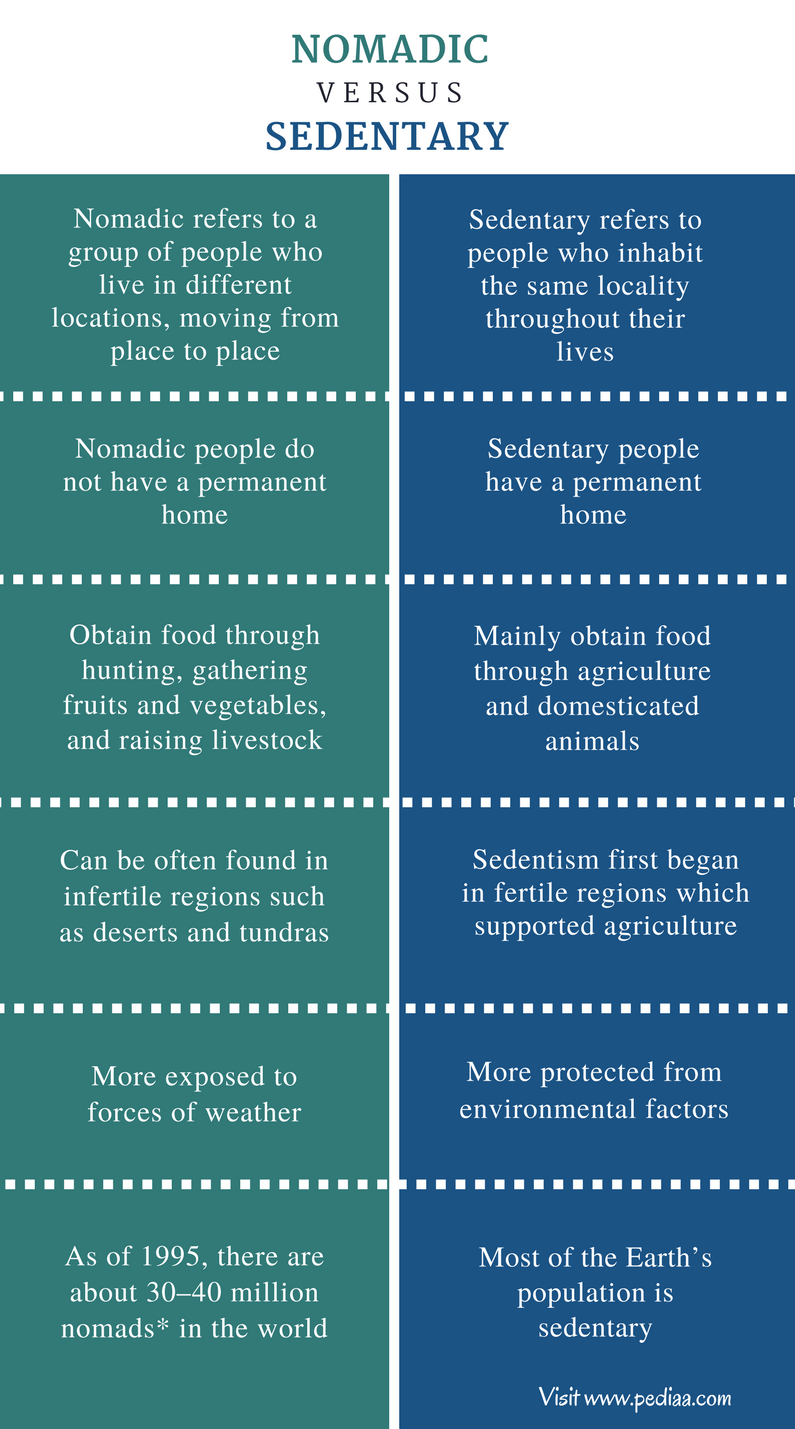 What Does Nomadic Mean

Nomadic is derived from the noun nomad. A nomad is a member of a group of people who has no permanent home. They live in different locations, moving from place to place. They move from one place to another to obtain food, find pastures for their livestock, or to make a living.

Nomadic people typically travel by animal, canoe or on foot. Most nomads live in tents or other temporary shelters. Hunting, gathering and raising livestock are their main ways of obtaining food. Nomadic people don’t travel alone; they travel in groups of families called tribes.

Negritos of Southeast Asia, Australian Aborigines, and San of Africa are some examples of Nomadic groups. The nomadic lifestyle is also sometimes adopted in infertile regions such as deserts, steppes, tundras and ice where moving from place to place is the only way of obtaining scarce resources. Some Nomadic merchants such as Irish travelers and Romani (gypsy) traders travel to find customers. 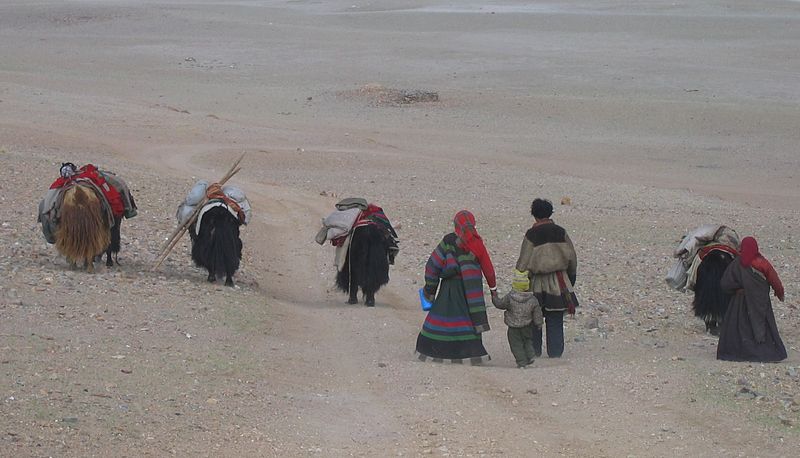 What Does Sedentary Mean

Sedentary is the opposite of migratory or nomadic. When describing a person, this word means “tending to spend much time seated; somewhat inactive” (Oxford dictionary). When talking about a group of people or a lifestyle, sedentary refers to people who inhabit the same locality throughout their lifestyles. This term is commonly used in zoology and anthropology. Sedentary lifestyle is also known as sedentism. This refers to the practice of living in one place for a long time.

The majority of people who inhabit the earth belong to sedentary cultures. Agriculture and domestication of animals are primary features that are bound with sedentary lifestyles. Most researchers believe that sedentism was a prerequisite for agriculture to begin. Sedentism also increased trade and contacts between different countries and nations.  It was the development of sedentism that led to the rise of the population and formation of villages, towns, and cities. 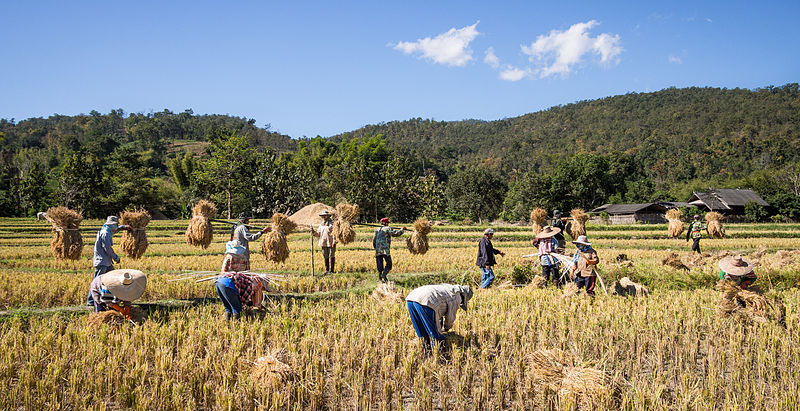 Difference Between Nomadic and Sedentary

Nomadic: The term nomadic refers to a group of people who live in different locations, moving from place to place.

Sedentary: The term sedentary refers to people who inhabit the same locality throughout their lives.

Nomadic: Nomadic people do not have a permanent home.

Nomadic: Nomadic people can be often found in infertile regions such as deserts and tundras.

Nomadic: Nomadic people are more exposed to forces of weather.

Sedentary: Most of the Earth’s population is sedentary.

Nomadic: The human race was first nomadic hunter-gatherers before they settled down in one place.

Sedentary: Sedentary lifestyle started once people settled down in one place and started agriculture.