Parallelism and Anaphora are two rhetorical devices that are often used in literature as well as in orations. Parallelism is the use of successive verbal constructions which correspond in grammatical structure, sound, metre, meaning, etc. Anaphora is the repetition of a word or phrase at the beginning of successive clauses. The main difference between parallelism and anaphora is that parallelism repeats equivalent syntactic constructions, with modifications to the meaning whereas anaphora repeats the same word or phrase.

Parallelism is the juxtaposition of two or more equivalent syntactic constructions, especially those expressing the same sentiment with slight modifications. It is the use of components that are grammatically the same or are similar in construction, meaning or sound. Parallelism has two functions; it can either join similar ideas to show their similarity or juxtapose contrasting ideas to show their difference. Parallelism can be created by using other rhetorical devices such as anaphora, antithesis, epistrophe, and asyndeton.

(The Things They Carried by Tim O’Brien)

Observe how two completely contrasting ideas like war and peace, everything and nothing have been juxtaposed in this excerpt. The grammatical structure of this excerpt, especially the last two lines, is also equivalent. Given below are some more examples of parallelism.

“To err is human; to forgive divine.” – Alexander Pope

Anaphora is a literary device where the first part of the sentence or clause is deliberately repeated in order to add emphasis and unity to a cluster of sentences. In this literary device, the first word or phrase is repeated at the beginning of two or more successive clauses or sentences. Anaphora can be seen in many famous speeches since orators use this figure of speech to reinforce particular ideas and make them stand out.

“Continue to work with the faith that unearned suffering is redemptive. Go back to Mississippi, go back to Alabama, go back to South Carolina, go back to Georgia, go back to Louisiana, go back to the slums and ghettos of our northern cities, knowing that somehow this situation can and will be changed.” – Martin Luther King Jr. 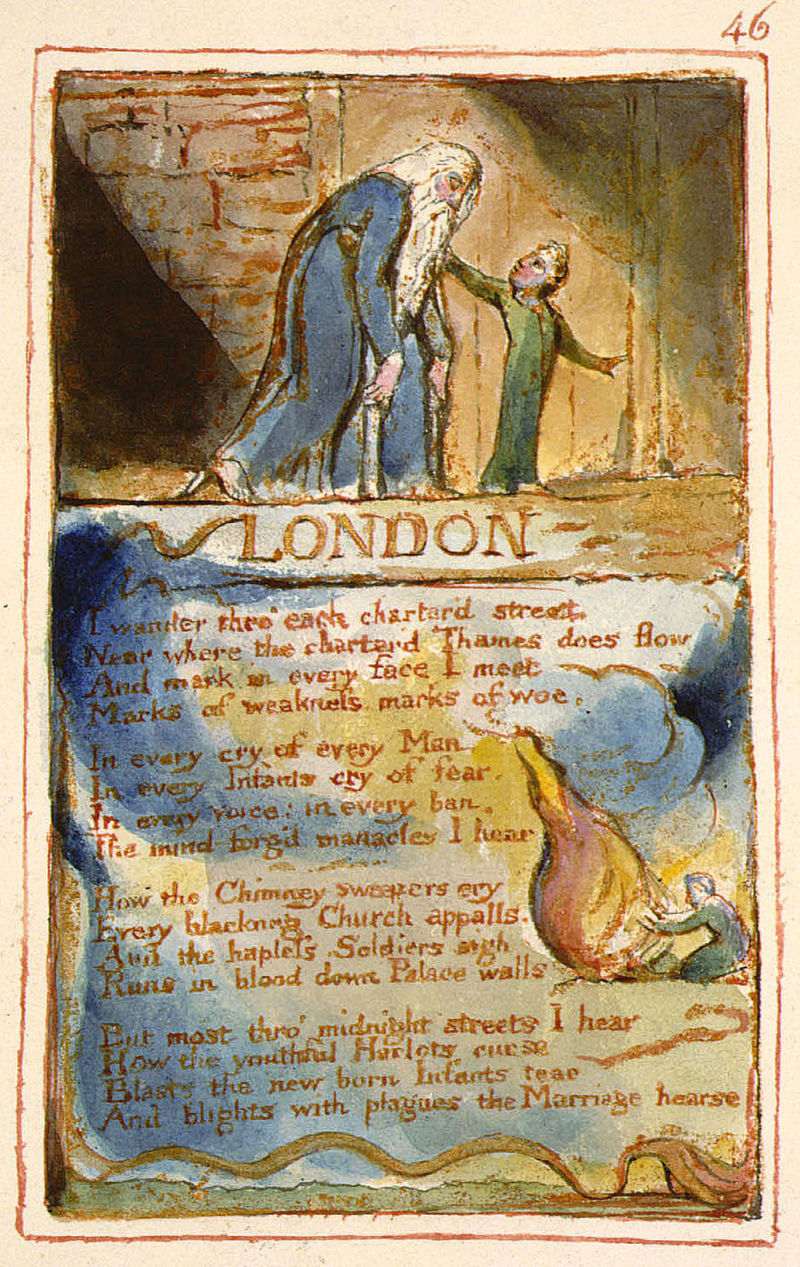 Difference Between Parallelism and Anaphora

Parallelism is the use of successive verbal constructions in poetry or prose which correspond in grammatical structure, sound, metre, meaning, etc.

Anaphora is the repetition of a word or phrase at the beginning of successive clauses.

Parallelism repeats equivalent syntactic constructions, with modifications to the meaning. 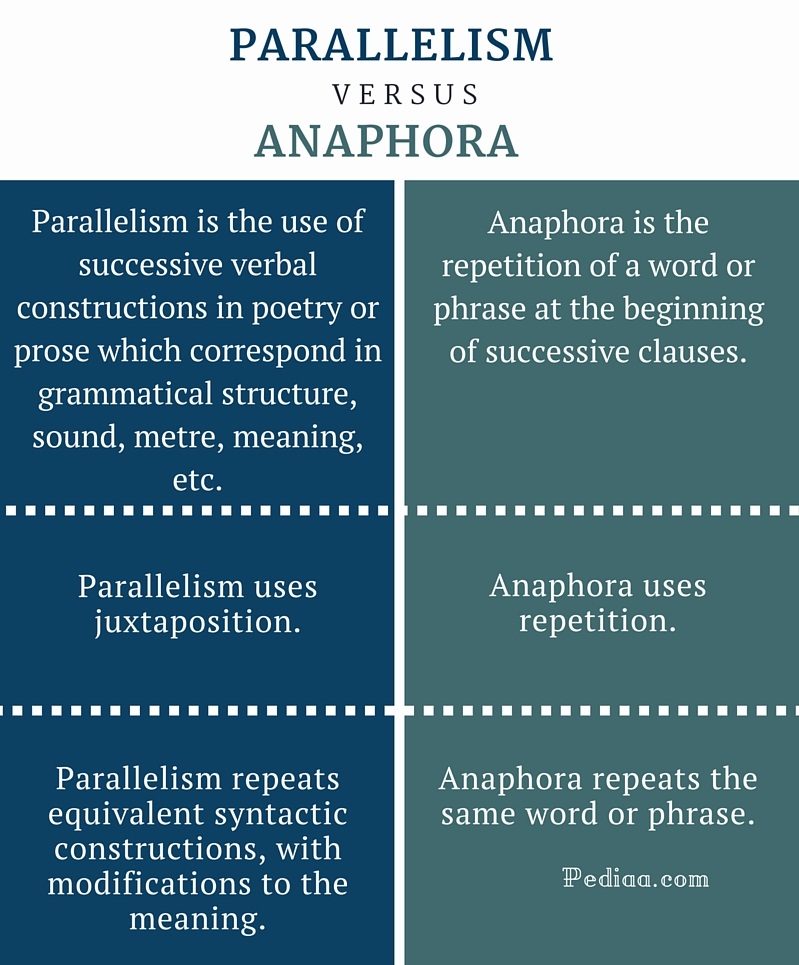