Difference Between Phrase and Clause

What is a Phrase

A phrase is a group of words that does not contain a subject and a predicate. Since it doesn’t have a subject and predicate, it cannot convey a complete thought and cannot stand alone. Therefore, phrases are mainly used as parts of sentences. Phrases can be categorized into several types. Given below are some of these types of phrases.

A noun phrase gives information about the noun. It contains a noun and the modifiers which distinguish it.

The old lady smiled at me.

Many of his theories were proved wrong.

It was a hot summer day.

An adjective phrase is a group of words that describe a noun or pronoun in a sentence.

She bought a black and white polka dotted dress.

The talented young singer mesmerized the audience with his magical voice.

An adverb phrase is a group of words that function as an adverb.

The tortoise won the race slow and surely.

Prepositional phrases give information about a time, location or condition. The preposition always appears at the front of the phrase.

He kept his watch on the table.

I received a letter from the president. 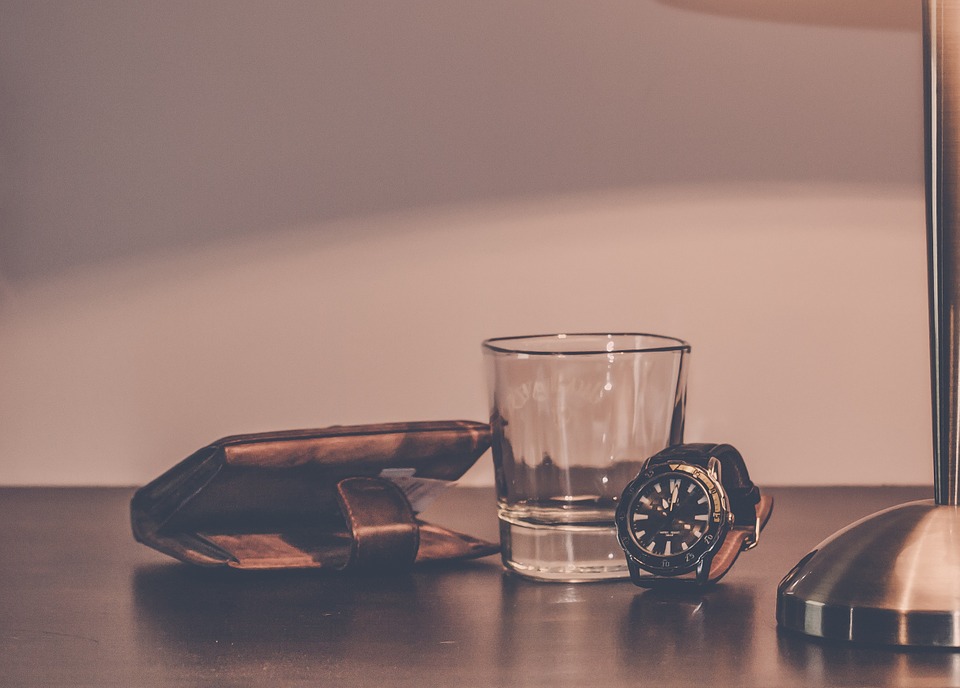 He kept his watch and wallet on the table.

What is a Clause

She served tea for the guests.

Even though he despised liars, he couldn’t resist telling a white lie once in a while.

Mary had her dinner after she watched the news on TV.

My friend failed biology twice even though his mother is a biology teacher.

Clauses can have different roles in a sentence. They can act as a noun, adjective or an adverb.

We saw what you did to her.

A man who trusts noone cannot be trusted.

The sofa which you bought last year needs to be reupholstered.

The film you recommended scared me to death.

He goes to school whenever he wants.

You must continue this exercise until I tell you to stop. 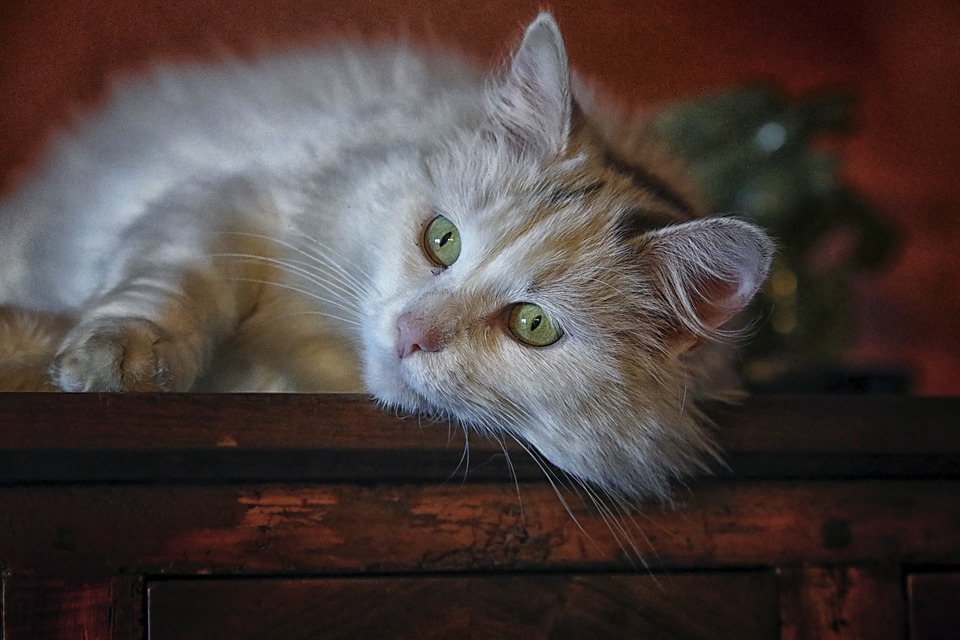 The cat that you found belongs to old Mrs. Smith.

Difference Between Phrase and Clause

Phrase does not contain a subject and a predicate.

Clause contains a subject and a predicate. 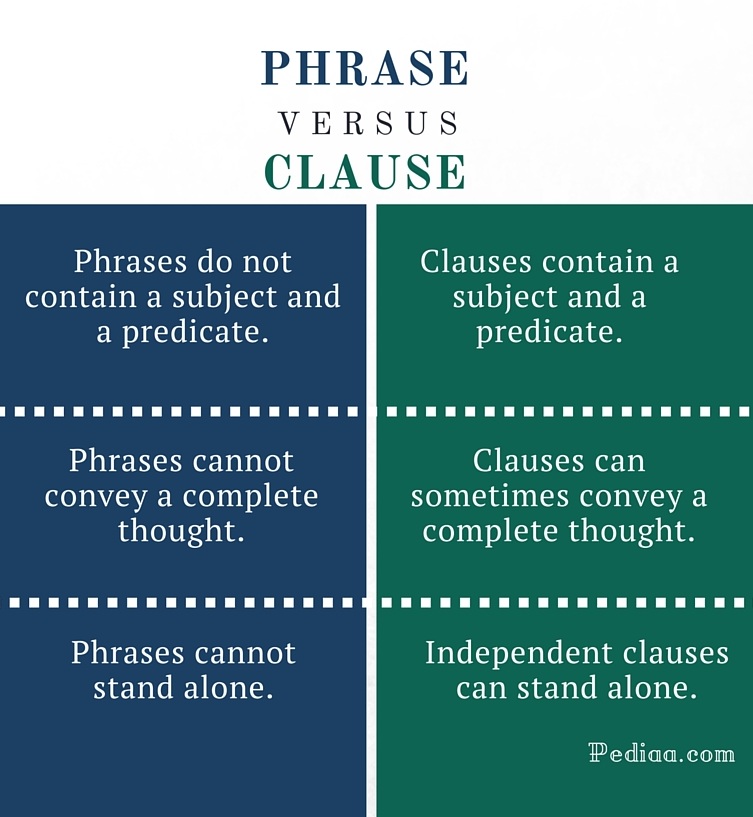