Population density and population distribution are two measurements of population used in a variety of applications in ecology. 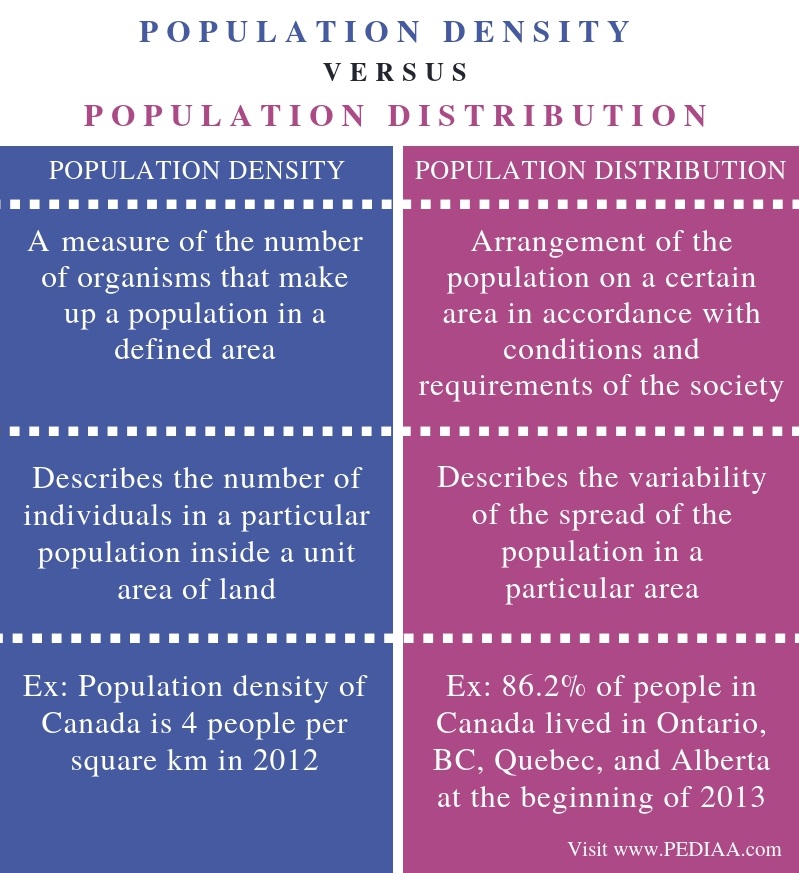 What is Population Density

When it comes to the human population, these factors can be economic, social, and political. Populations with high density can have some advantages:

Populations with less density have their own disadvantages as well:

What is Population Distribution 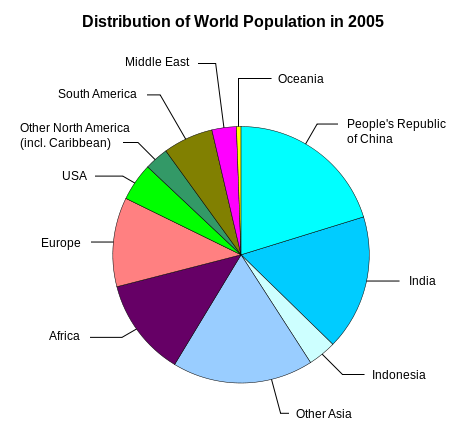 An evenly distributed population has its own benefits. Some of them are described below:

The less distributed population has its disadvantages as described below:

As an example, the population density of Canada is 4 people per square km in 2012 while 86.2% of people in Canada lived in Ontario, BC, Quebec, and Alberta at the beginning of 2013.