3. What is the difference between EST and EST? 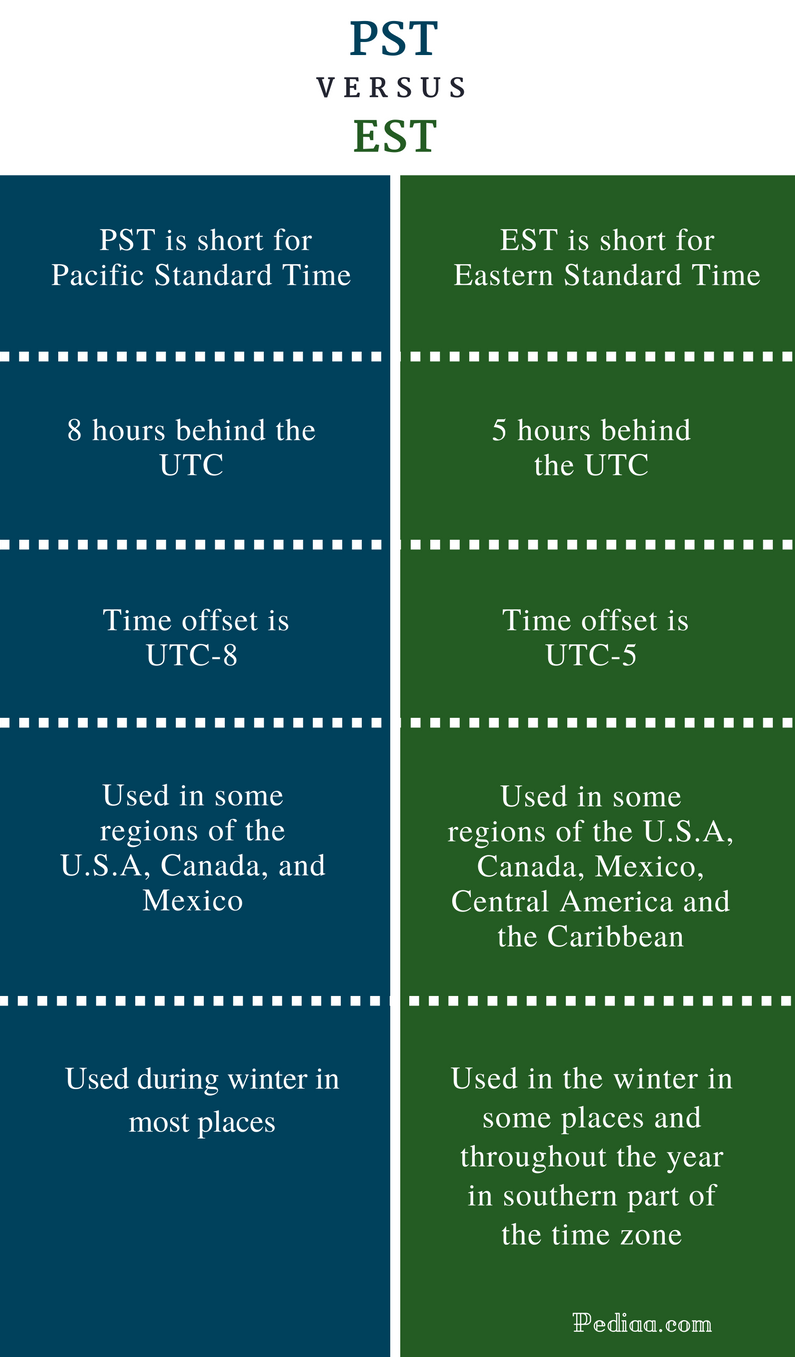 PST is also known as Pacific Standard Time or Pacific Time. This time zone is 8 hours behind the Coordinated Universal Time – UTC. This is also indicated as UTC -8.  Time in this zone is calculated using the mean solar time of the 120th meridian west of the Greenwich Observatory. PST is used during the standard time in some parts of North America. It is typically used during winter because PDT (Pacific Daylight Time) is used during the summer since some areas use daylight saving time. During PDT, the time offset of this zone is UTC-7.

The following regions or areas use the Pacific Standard Time:

British Columbia (except some eastern communities)

There are some other time zones that have the same offset time as PST but have different names. These time zones are 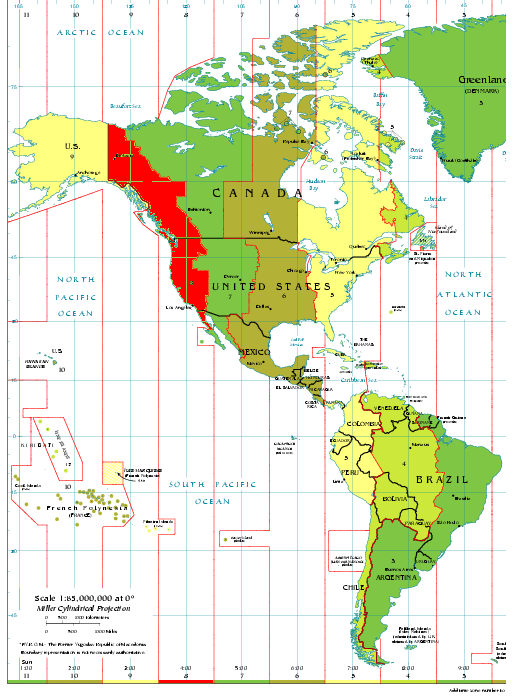 Pacific Time Zone is in Red

EST, Eastern Standard Time or Eastern Time is 5 hours behind the UCT (Coordinated Universal Time). The time offset of EST is UTC-5. EST is used during the standard time in some areas of North America, Central America, and the Caribbean.

The following regions or areas use the Eastern Standard Time:

Some parts of Florida, Indiana, Kentucky, Michigan, and Tennessee.

Most parts of Ontario, Quebec and Nunavut

Ecuador (except for Galápagos Islands)

Some regions observe daylight saving time during the summer, and therefore EDT (Eastern Daylight Time) is used in the summer. EDT is 4 hours behind the Coordinated Universal Time. However, some places such as Quintana Roo, Jamaica, Panama, Southampton Island in Nunavut use EST throughout the year.

Difference Between EDT and EST

There are some other time zones that have the same offset time as EST but have different names. These time zones are 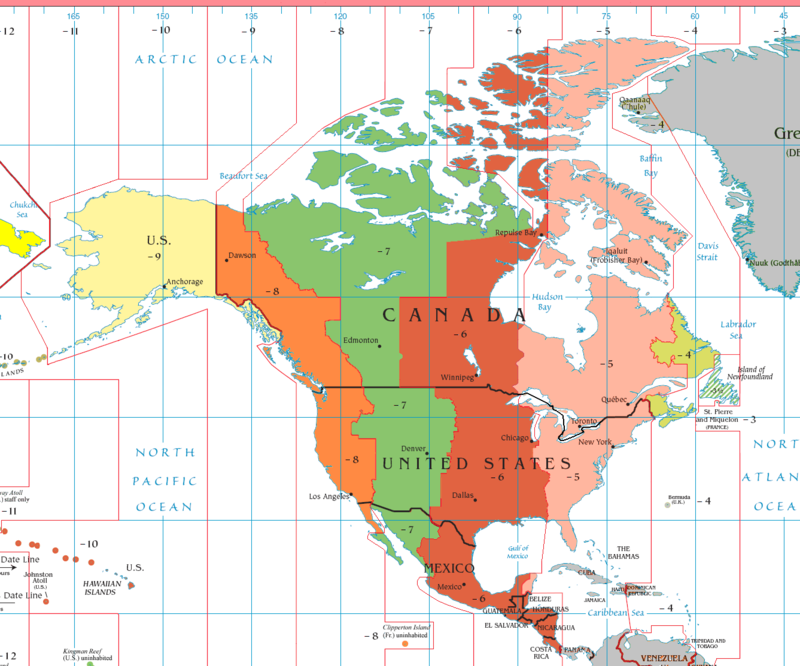 Difference Between PST and EST

PST: PST is 8 hours behind UTC.

EST: EST is 5 hours behind UTC.

PST: PST is used in some regions of the U.S.A, Canada, and Mexico.

EST: EST is used in some regions of the U.S.A, Canada, Mexico, Central America and the Caribbean.

PST: PST is used during the winter in most places.

EST: EST is used in the winter in some places, but it is used throughout the year in Quintana Roo, Jamaica, Panama, and Southampton Island in Nunavut.

“Pst” By The original uploader was Adam850 at English Wikipedia – Transferred from en.wikipedia to Commons by VictorAnyakin., Public Domain) via Commons Wikimedia