Slugs and snails are two types of gastropod mollusks with a ventral foot. They are considered as pests by gardeners since they eat all plant materials such as fruit, flowers, leaves, stems, and roots. 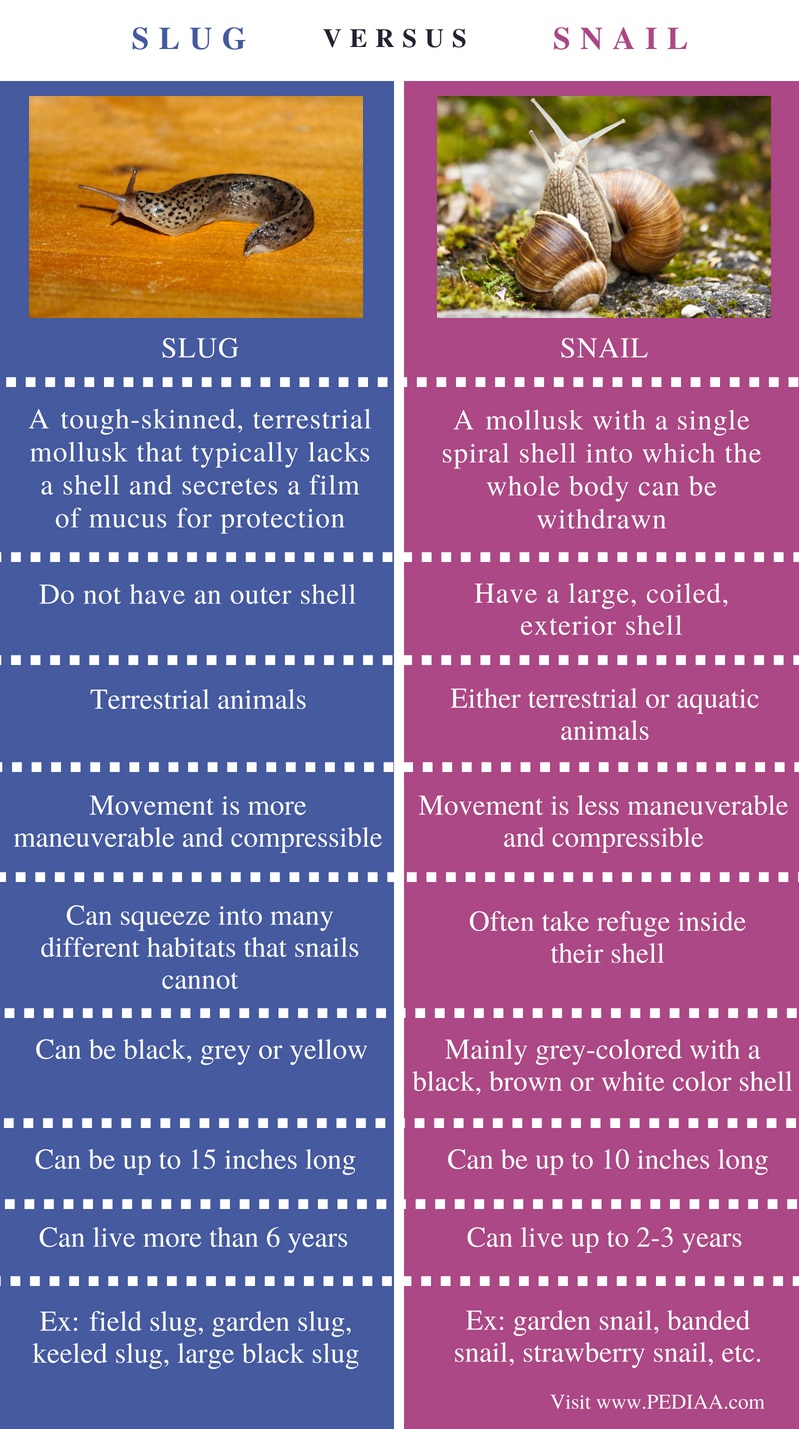 Slug is a terrestrial gastropod that lacks a shell. However, some slugs may have reduced shells or an internal shell. Slugs belong to different families along with snails. 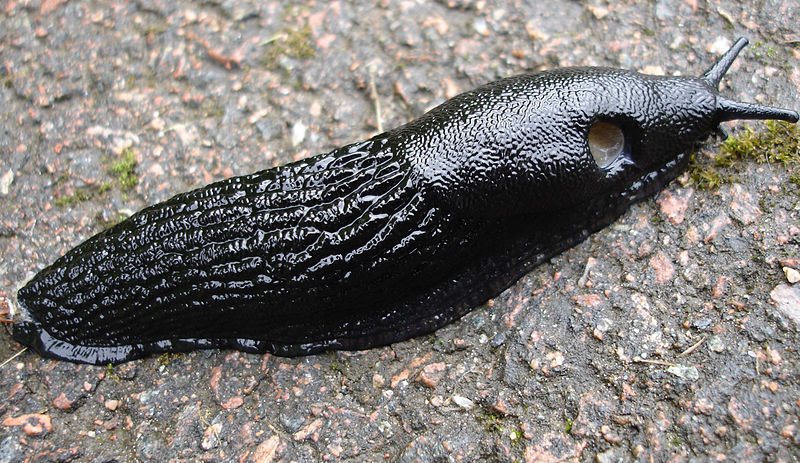 The main parts of the body of a slug are described below.

Slugs feed on various organic materials such as leaves, lichens, mushrooms, etc. Therefore, some species of slugs are considered agricultural pests. When threatened, slugs roll their body and contract the tentacles.

Snail is a gastropod with a coiled shell. The shell is large enough to retract the whole animal into it when threatened. There are sea snails, freshwater snails, and landsnails. The largest snail is the Giant African snail. 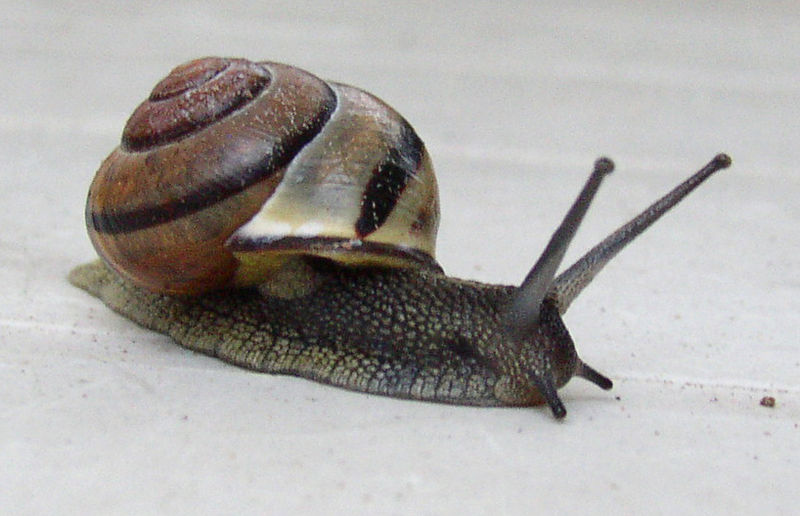 Snails also have the same anatomy as a slug. The lung, liver, stomach, kidney and the heart occur inside their shell.

Most snails are herbivores while a few such as land snails consume other terrestrial snails.

Similarities Between Slug and Snail

Difference Between Slug and Snail

A slug is a tough-skinned, terrestrial mollusk that typically lacks a shell and secretes a film of mucus for protection while a snail is a mollusk with a single spiral shell into which the whole body can be withdrawn.

The most distinguishing feature of a slug is the absence of an outer shell while snails have a large, coiled, exterior shell.

Also, slugs can squeeze into many different habitats that snails cannot while snails often take refuge inside their shell.

Comparing the appearance, the slugs can be black, grey or yellow while snails are mainly grey-colored with a black, brown or white color shell.

Looking at the lifespan, the slugs can live more than 6 years while snails can live up to 2-3 years.