The main difference between soul and spirit is that the soul is the spiritual part what we carry after our death whereas a spirit can refer to a non-human entity as well. 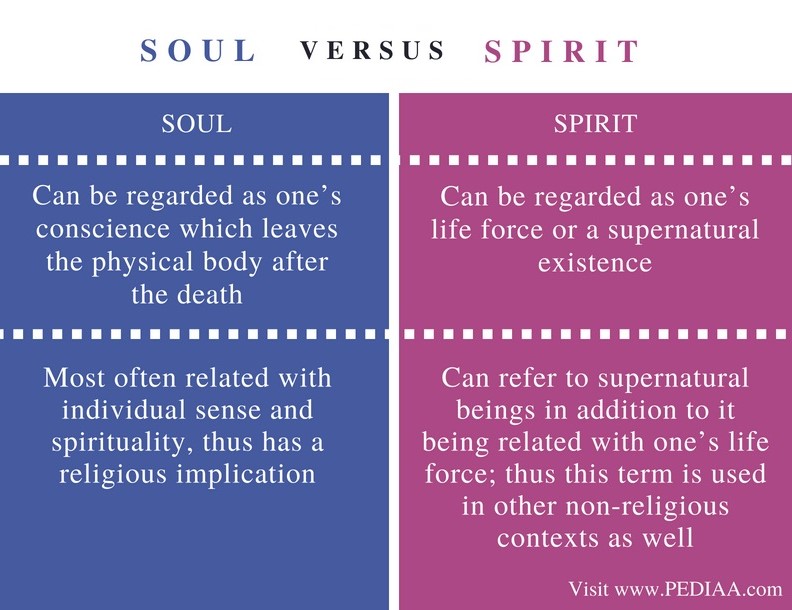 It is difficult to provide an exact definition to either of these terms since the definitions are based on one’s religious standpoint and attitudes. Nevertheless, as Oxford Dictionary explains, Soul refers to ‘the spiritual or immaterial part of a human being or animal, regarded as immortal’. Moreover, Cambridge dictionary explains soul as ‘the spiritual part of a person that some people believe continues to exist in some form after their body has died, or the part of a person that is not physical and experiences deep feelings and emotions.’ 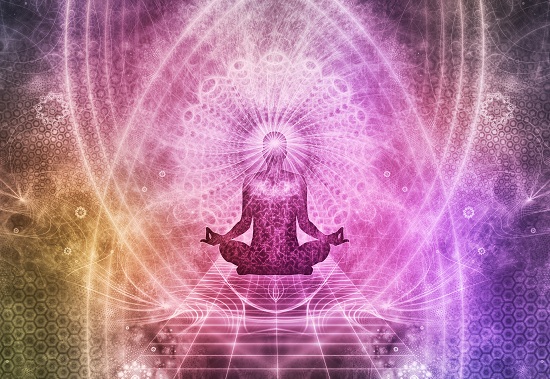 However, soul is described in a varied manner in different religious contexts as well,

According to the teachings of Buddhism, soul known as ‘aatma’ is the conscience of a living being, and as everything changes in each changing moment (annattma), this mental entity also changes. Therefore, with one’s death, it is this conscience (or the soul) that gets reincarnated in either a physical or even non-physical form according to one’s karma.

According to Christianity, soul is a non-physical entity but integrally connected with the body. Its characteristics are described in moral, spiritual, and philosophical terms. Therefore, it is what reaches God and faces the Final Judgment in front of God.

Evidently, soul has more of a religious and spiritual significance; soul is what should be considered as an integral part of being human, giving a human a certain kind of an identity.

Spirit is explained in Cambridge dictionary as ‘a particular way of thinking, feeling, or behaving, especially a way that is typical of a particular group of people, an activity, a time, or a place’. Oxford dictionary defines it as ‘non-physical part of a person regarded as their true self and as capable of surviving physical death or separation’.

Therefore, spirit is what gives life to our bodies or existence; it can thus refer to one’s personality. This is, however, on a metaphysical sense. 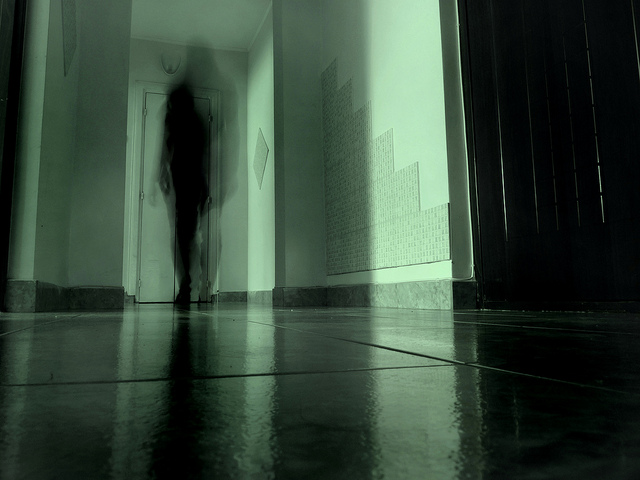 Moreover, spirit can also refer to a non-human entity or supernatural beings such as a fairy, demon, ghost, phantom or even the Holy Spirit of God as well. This fact is what mainly distinguishes between these two terms. Usually, the word spirit is used to refer to such super-natural or non-human forms.

Relationship Between Soul and Spirit

Difference Between Soul and Spirit

Soul is most often related with individual sense and spirituality, thus has a religious implication whereas spirit can refer to supernatural beings in addition to it being related with one’s life force. Therefore, rather than a religious outlook, spirit can be used in other non-religious contexts as well.

Most often these two terms, soul and spirit are used interchangeably due to their similar nature. However, they also carry slight differences between them. The main difference between soul and spirit is that the soul is the spiritual part what we carry after our death whereas a spirit can refer to a non-human entity as well. Therefore, even though spirit can be used to refer to a supernatural being; soul can only be referred to the individual’s spirituality.