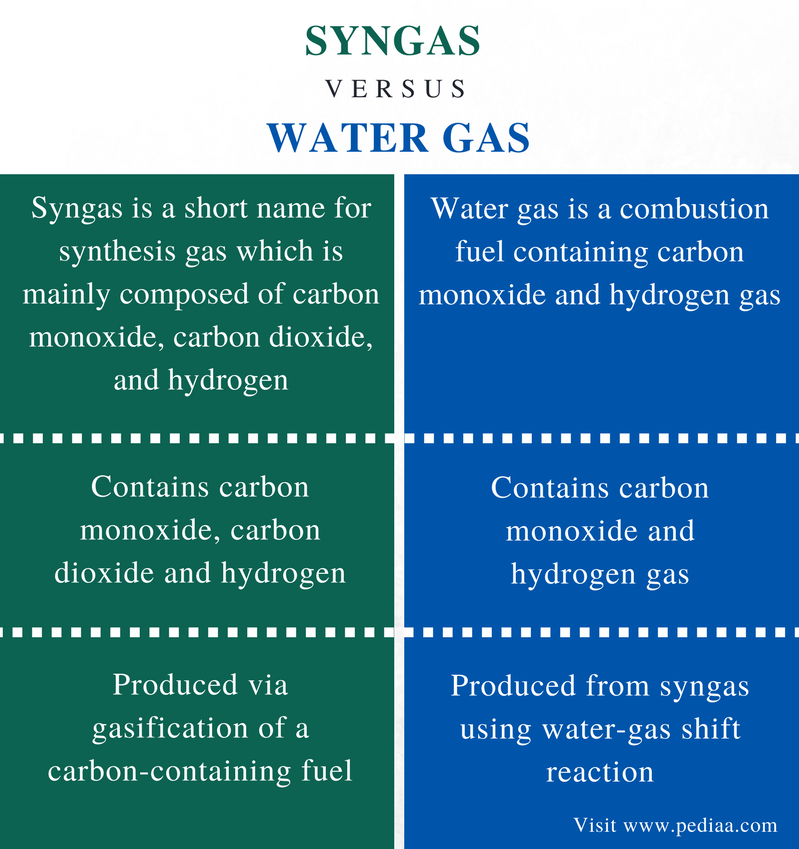 Syngas is the short name used for synthesis gas, which is mainly composed of carbon monoxide (CO), carbon dioxide (CO2) and hydrogen. It is a fuel gas mixture. Syngas is a product of gasification of a carbon-containing fuel. Some examples for gasification process that give syngas include gasification of coal emissions, steam reforming of coke, etc.

The chemical composition of syngas varies based on the raw materials used in its production. However, syngas produced by coal gasification generally contains following proportions of each component. 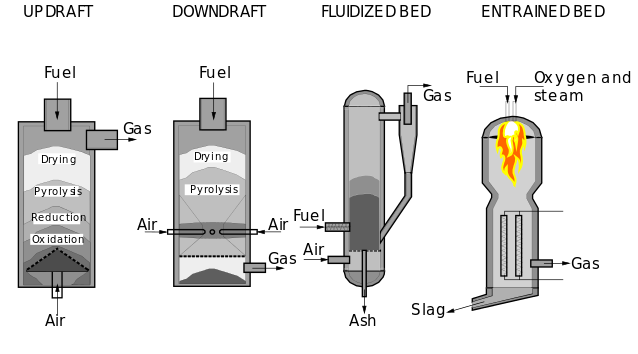 Syngas has many important applications: as an intermediate in generating synthetic natural gas, to create ammonia and methanol, to create synthetic petroleum to be used as a lubricant or fuel. Syngas cannot be burnt directly. It is used indirectly as a fuel source.

What is Water Gas 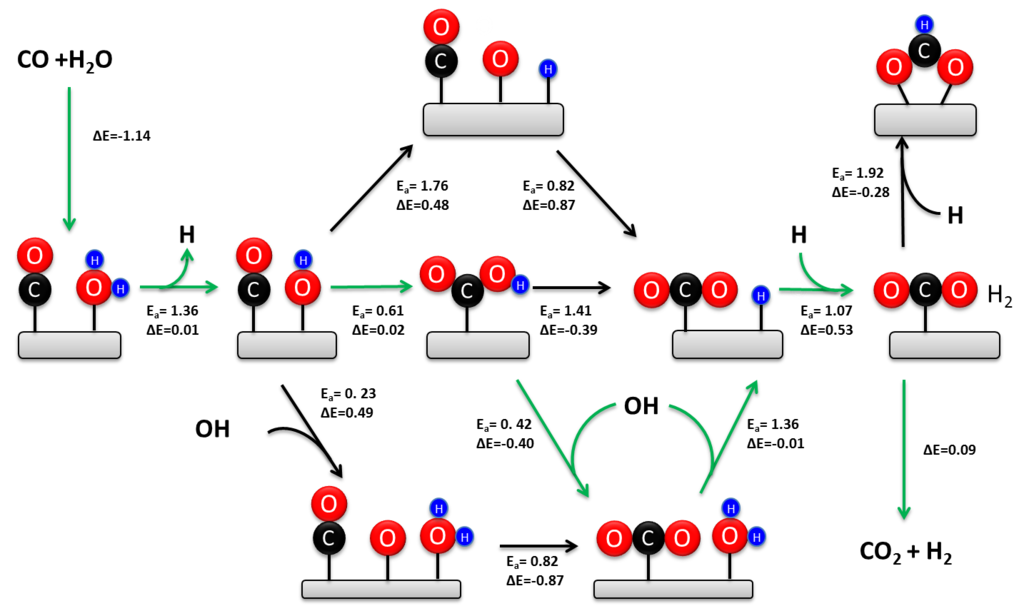 Figure 1: Associative and Redox Mechanism of the Water Gas Shift

There are few types of water gas as follows.

Difference Between Syngas and Water Gas

Syngas: Syngas is the short name used for synthesis gas which is mainly composed of carbon monoxide (CO), carbon dioxide (CO2) and hydrogen.

Syngas: Syngas is produced via gasification of a carbon-containing fuel.