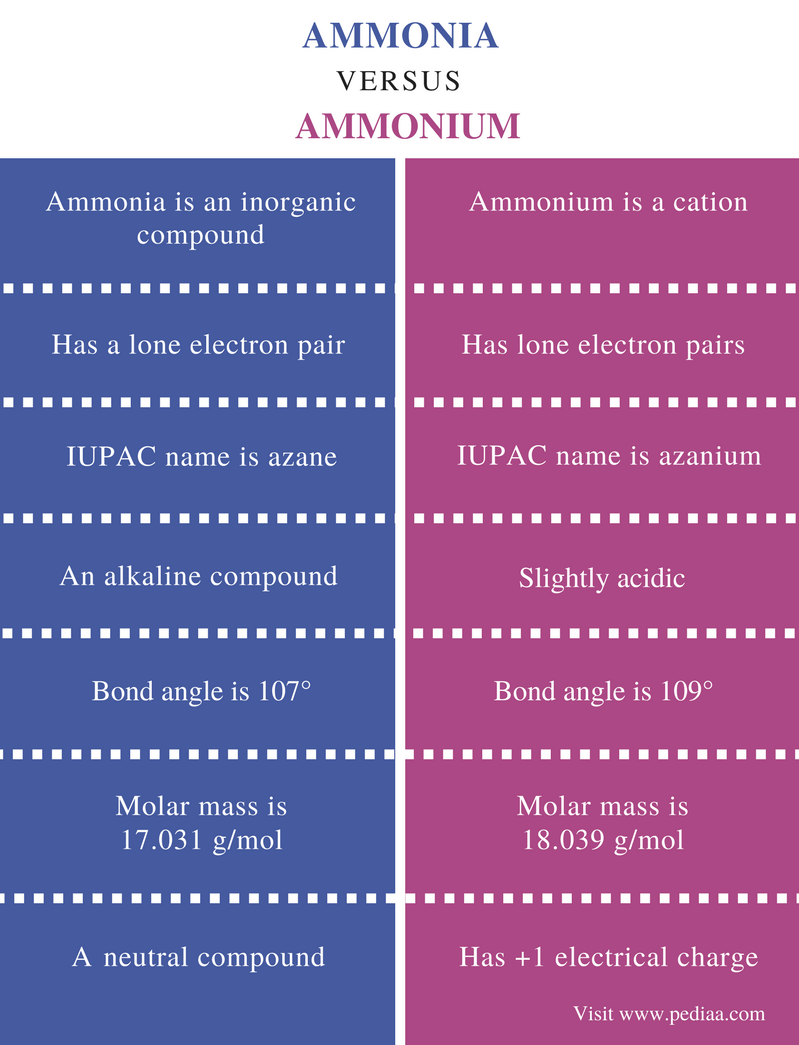 Ammonia is an inorganic compound having the chemical formula NH3. It is a gaseous compound. The molar mass of ammonia is 17.031 g/mol. This compound is alkaline and has a characteristic pungent odor. The IUPAC name of ammonia is azane. 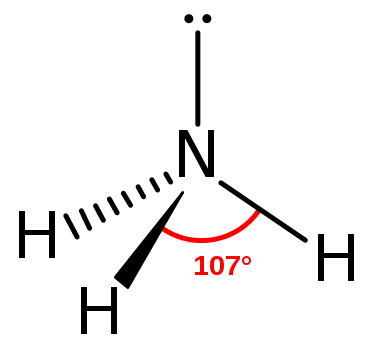 The melting point of ammonia is -77.73oC and the boiling point is about -33.34oC. When considering the density of ammonia, it is lighter than air. Since there are N-H bonds in this compound, ammonia is easily liquefied into ammonia liquid. This is because N-H bonds can form strong hydrogen bonds with each other. When liquid ammonia is frozen to its melting point, it starts to form white crystals.

Ammonia is miscible with water due to the ability to form hydrogen bonds with water molecules. Boiling aqueous ammonia can expel ammonia from water since ammonia has a very low boiling point when compared to the boiling point of water. Ammonia may undergo combustion in the presence of oxygen. The combustion of ammonia can be observed as a pale-yellow colored flame.

Ammonium ion has a trigonal pyramidal structure. Here, the four N-H bonds are arranged in trigonal pyramidal structure. Since all the bonds are similar in this molecule, the bond angle is 109o. The molecule is formed when the lone pair on the nitrogen atom of an ammonia molecule is donated to a proton. The proton causes the molecule to have a positive charge. The oxidation number of nitrogen of ammonium ion is -3. 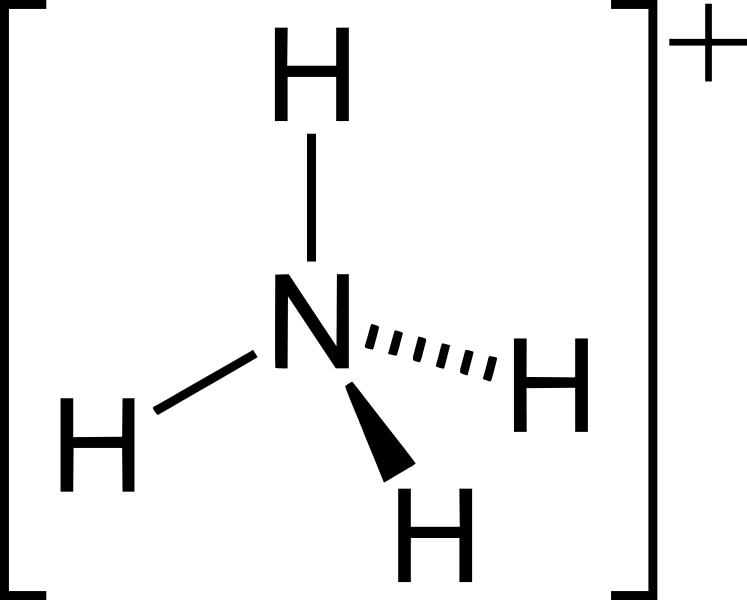 Ammonium ion is slightly acidic. It can react with bases and form ammonia gas. When ammonia is dissolved in water, it can form ammonium ions. It is an equilibrium reaction and is highly dependent on the pH of the solution. The reaction is as follows.

Similarities Between Ammonia and Ammonium

Difference Between Ammonia and Ammonium

Ammonia:  Ammonia is an inorganic compound having the chemical formula NH3.

Ammonium:  Ammonium is a cation having the chemical formula NH4+.

Ammonia:  The IUPAC name of ammonia is azane.

Ammonium: The IUPAC name of ammonium ion is azanium.

Ammonia:  Ammonia is an alkaline compound.

Ammonia:  Ammonia is a neutral compound.