Nitrogen is a chemical element in the group 15 of the periodic table. It can form different types of molecules and ions by combining with different other elements such as hydrogen, oxygen, carbon, etc. Nitrate is one such ion in which a nitrogen atom is bonded to three oxygen atoms forming an anion. Nitrate ions can form different salt compounds by combining with different cations and covalent compounds such as esters of nitric acid. The main difference between nitrogen and nitrate is that nitrogen is a chemical element whereas nitrate is an anion. 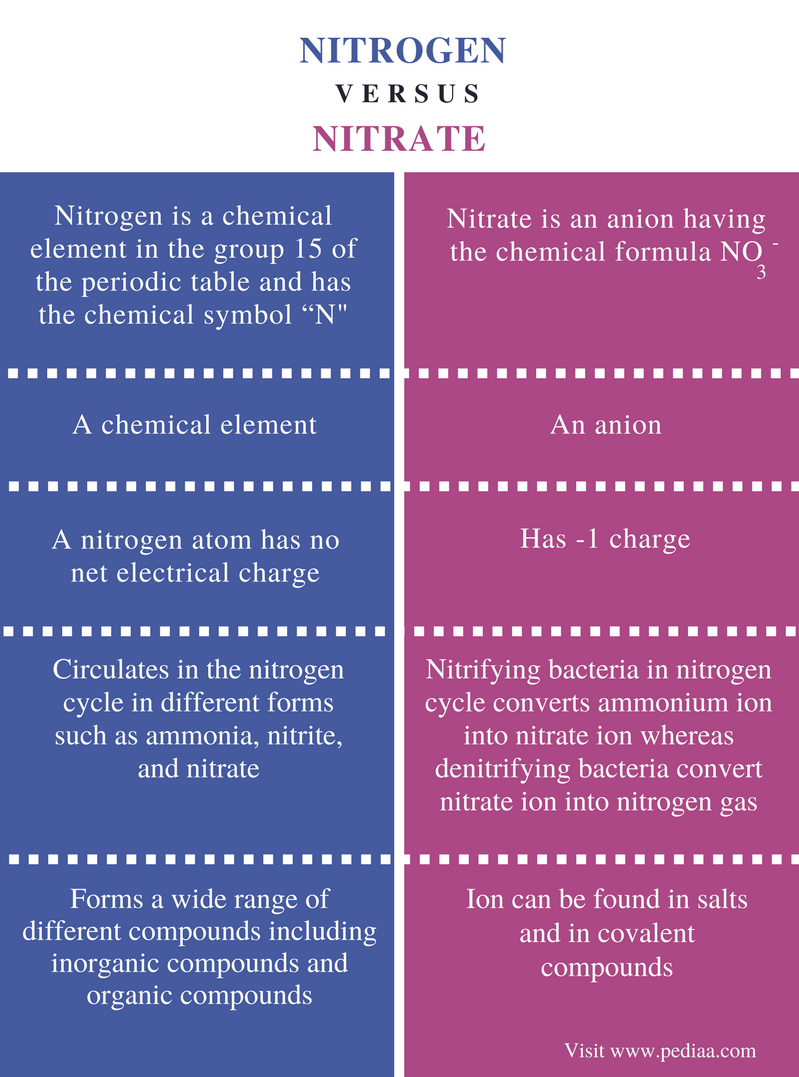 Nitrogen is a chemical element in the group 15 of the periodic table and has the chemical symbol “N.” Nitrogen is a p block element according to its electron configuration; [He] 2s22p3. The atomic number of nitrogen is 7, and the relative atomic mass is about 14 amu. At room temperature and standard pressure, nitrogen exists as a diatomic gaseous compound which is colorless, odorless and tasteless. 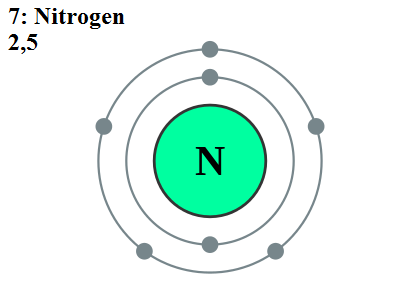 Nitrogen has three unpaired electrons. It tends to form three covalent bonds in order to complete the electron shells. Nitrogen exists as N2 gas in the atmosphere. It is a diatomic covalent compound.  There is a triple bond between the two nitrogen atoms.

Nitrogen has two stable isotopes: N-14 and N-15. But N-14 is the most stable and most abundant isotope. The abundance of this isotope is about 99%. Nitrogen forms a wide range of different compounds. Some examples include amides, amines, nitrates, nitrides,  azides, oxides, cyanide, etc. 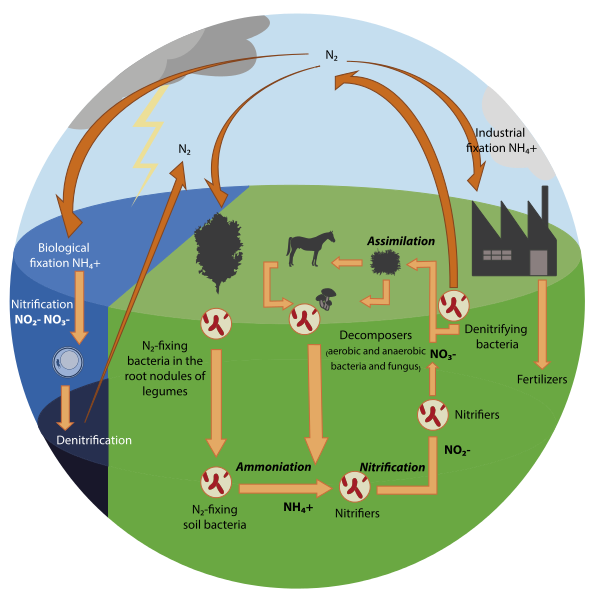 Nitrogen cycle shows the circulation of nitrogen in the environment. Nitrogen is an essential element for life on earth. It is included in the chemical composition of many important biological molecules such as nucleic acids, proteins, etc. Therefore, nitrogen occurs in the atmosphere, inside organisms, in the soil and is circulating between them.

Nitrate is an anion having the chemical formula NO3– . The molar mass of this ion is 62 g/mol. It is a covalent compound. In the Lewis structure, there are two oxygen atoms bonded to the nitrogen atom with single bonds and the other oxygen atom with a double bond. Therefore, nitrate ion has resonance structures. But the actual structure of this ion is a hybrid structure of all resonance structures. The geometry of the compound is trigonal planar.

When nitrate ion is bonded to a proton, it is called nitric acid. Nitric acid is a key ingredient for most synthesis reactions in organic chemistry. For example, nitrobenzene is synthesized by reacting benzene with a mixture of nitric acid, sulfuric acid, and water.

Difference Between Nitrogen and Nitrate

Nitrogen: Nitrogen is a chemical element in the group 15 of the periodic table and has the chemical symbol “N.”

Nitrate: Nitrate is an anion having the chemical formula NO3– .

Nitrogen: Nitrogen is a chemical element.

Nitrate: Nitrate is an anion.

Nitrogen: A nitrogen atom has no net electrical charge.

Nitrogen: Nitrogen element circulates in the nitrogen cycle in different forms such as ammonia, nitrite, and nitrate.

Nitrate: Nitrate ion can be found in salts and in covalent compounds.