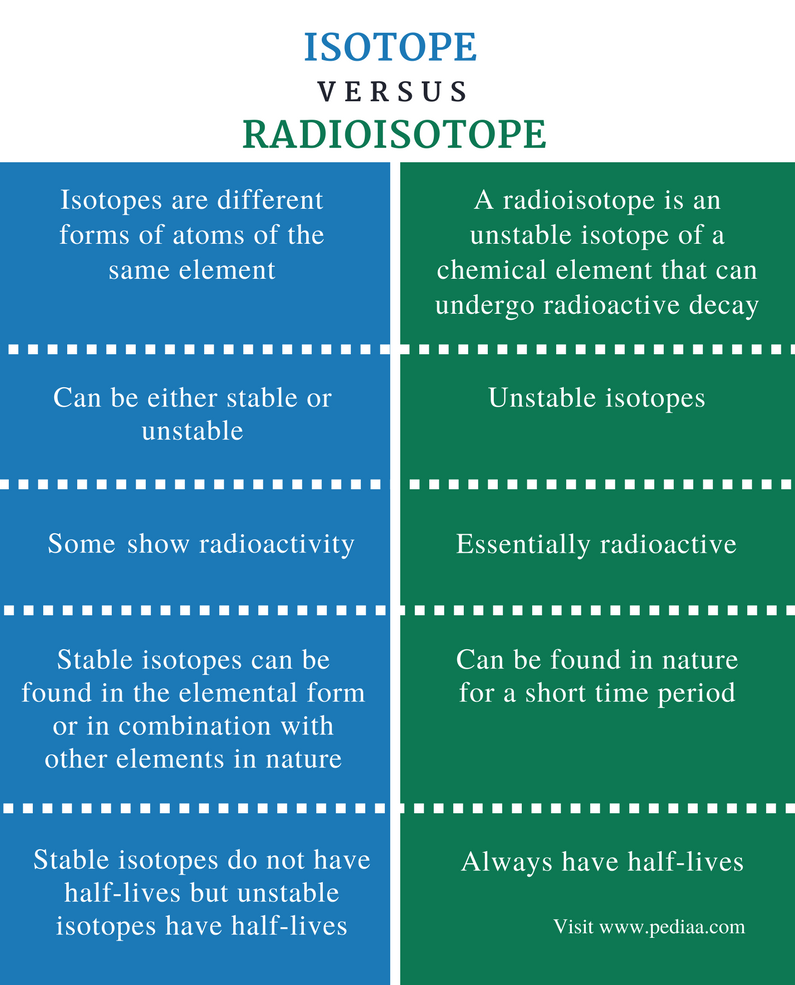 What is an Isotope

However, the chemical behavior of isotopes of a particular chemical element is the same because all the isotopes have the same number of electrons and the same atomic structure with respect to the electronic configuration. But they have different physical properties due to the differences in their atomic masses. These differences can be observed mainly in smaller chemical elements such as hydrogen.

What is a Radioisotope

The term “half-life” is defined as the time taken by a compound to get half of its initial mass through radioactive decay. For unstable radioisotopes, the half-life is very short. They quickly undergo radioactivity and become stable.

The radioactive decay causes emission of radiation. Unstable isotopes have a high number of neutrons or protons in their nuclei. Neutron-rich isotopes can emit radiation by converting neutrons into different particles. In proton-rich isotopes, protons are converted into different particles. These particles are emitted as radiation. There are three main types of radiation that a radioisotope can emit. They are alpha radiation, beta radiation, and gamma radiation. These radiations can harm our body by penetrating the skin. Therefore, we should take care when handling those elements. 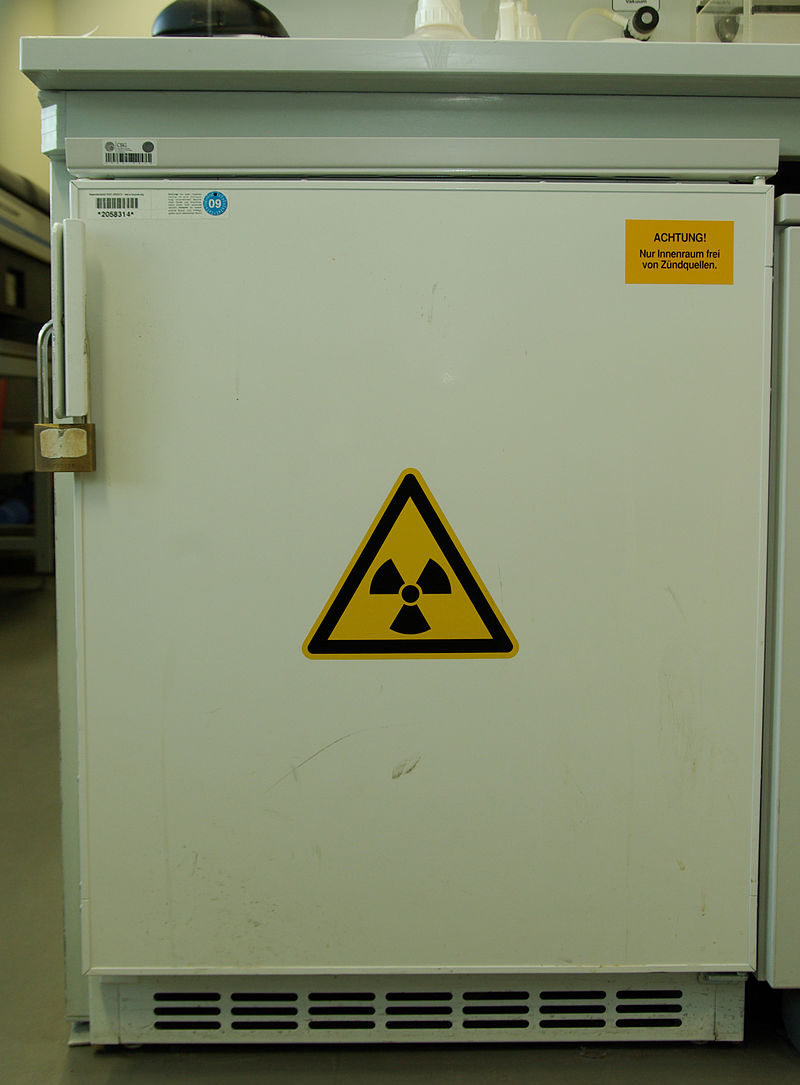 Figure 2: Radioisotopes are kept in safe boxes where the emitted radiation could not come out.

Difference Between Isotope and Radioisotope

Isotope: Isotopes are different forms of atoms of the same element.

Radioisotope: A radioisotope is an unstable isotope of a chemical element that can undergo radioactive decay.

Isotope: Isotopes can be either stable or unstable.

Isotope: Isotopes of some elements can show radioactivity.

Isotope: Stable isotopes can be found in the elemental form or in combination with other elements in nature.

Radioisotope: Radioisotopes can be found in nature for a short time period.