Taxonomy and ontology are very similar phenomena used in biology to describe and classify organisms. The main difference between taxonomy and ontology is that taxonomy is only based on hierarchy whereas ontology is based on both hierarchy and other complex variations. Taxonomy produces the hierarchical arrangement of different classes that represent entities. These classes are the different taxonomic ranks known as species, genus, family, order, class, phylum, kingdom, and domain. During ontology, the nature of the being, its existence or reality is studied along with the hierarchy of the being. 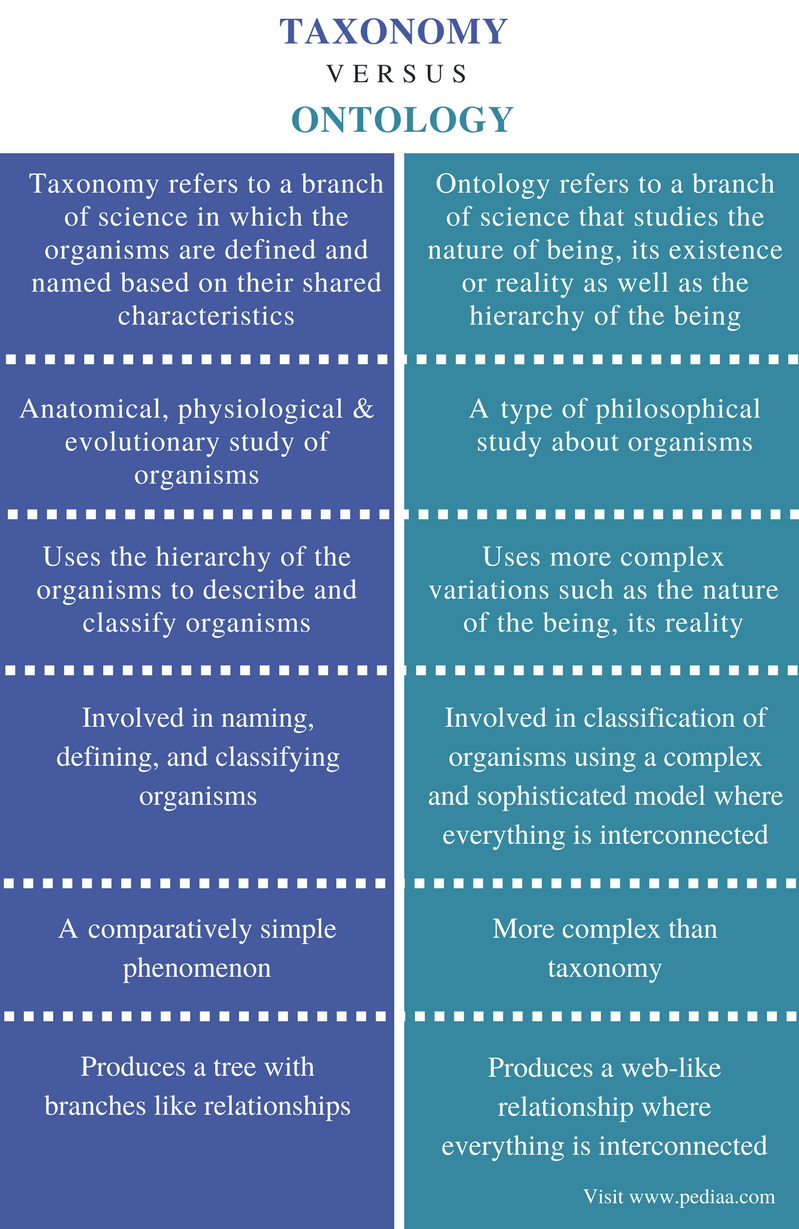 Taxonomy refers to a branch of science in which the organisms are defined and named based on their shared characteristics. In taxonomy, morphological, genetic, behavioral, and biochemical observations are used to describe organisms. Taxonomy, along with the systematic, creates a hierarchy of organisms known as biological classification. Systematics uses evolutionary relationships to describe the organisms. Based on the above-mentioned characteristics, organisms are classified into different taxonomic ranks starting from species, genus, family, order, class, phylum, kingdom, and domain. The taxonomic ranks used to describe a red fox is shown in figure 1. 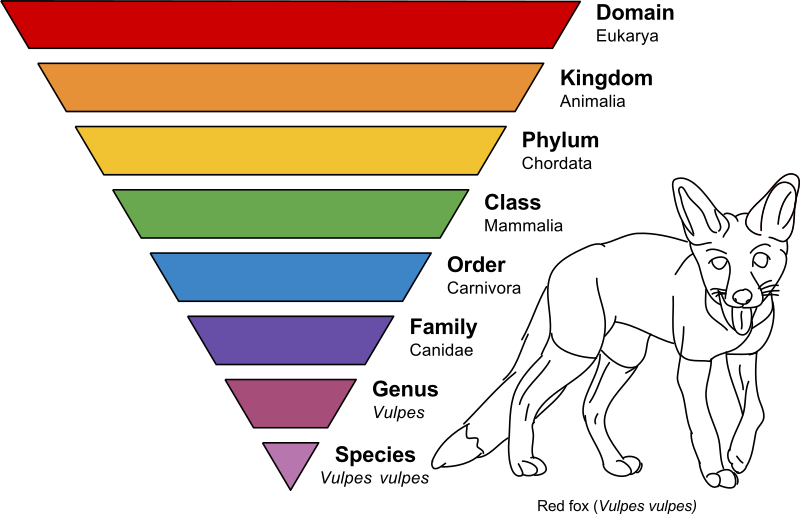 Ontology refers to a branch of science that studies the nature of being, existence or reality as well as the hierarchy of the being. The main concept of ontology is to group existing entities in a hierarchy. Then the groups are subdivided based on the similarities and differences within the group. The two main criteria used in ontology are the hierarchy and the arbitrary complex relations. Thus, ontology is a more complex phenomenon than taxonomy. The ontological relationship between fruit fly tibia and human tibia is shown in figure 2. 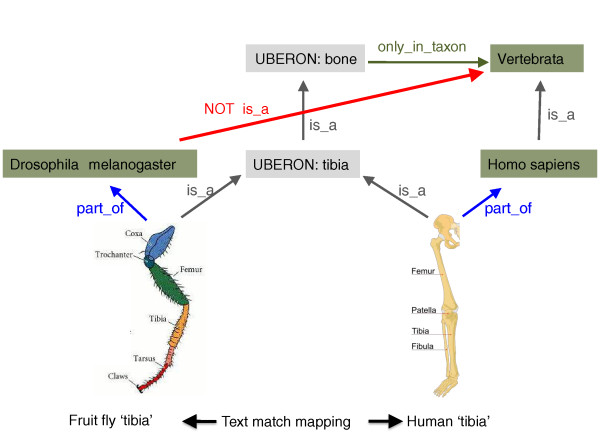 Ontology generates more intricate ways of categorization. Thus, ontological relationship can be considered as a web, linking several categories together. In this web, everything is interrelated.

Similarities Between Taxonomy and Ontology

Difference Between Taxonomy and Ontology

Taxonomy: Taxonomy refers to a branch of science in which the organisms are defined and named based on their shared characteristics.

Ontology: Ontology refers to a branch of science that studies the nature of being, its existence or reality as well as the hierarchy of the being.

Taxonomy: Taxonomy is a type of anatomical, physiological and evolutionary study of organisms.

Ontology: Ontology is a type of philosophical study about organisms.

Taxonomy: Taxonomy uses the hierarchy of the organisms to describe and classify organisms.

Ontology: Ontology uses more complex variations such as the nature of the being, its reality.

Taxonomy: Taxonomy is involved in the naming, defining, and classifying organisms.

Ontology: Ontology is involved in the classification of organisms using a complex and sophisticated model where everything is interconnected.

Taxonomy: Taxonomy produces a tree with branches like relationships.

Ontology: Ontology produces a web-like relationship where everything is interconnected.