Basically, termites are eusocial insects that live together, forming large communities. Although they help in decomposing dead vegetation, termites are a type of destructive insects. Usually, the other names for termites include woodworms, wood ants, and white ants. Therefore, there is no significant difference between termites and white ants.

1. Termites
– Taxonomy, Characteristics, Behavior
2. White Ants
– Significance
3. What is the Difference Between Termites and White Ants
– Comparison of Key Differences

Termites are eusocial insects classified under the infraorder Isoptera. Approximately, 3,100 species have been currently described. Generally, termites have a soft-body with three distinct regions: head, thorax, and abdomen, and deciduous wings. Their body color can vary from pale color to yellow, brown or black. The main importance of termites is that they feed on dead plant material and cellulose. Therefore, they are a key form of detrivores in the subtropical and tropical regions. They have major ecological importance. 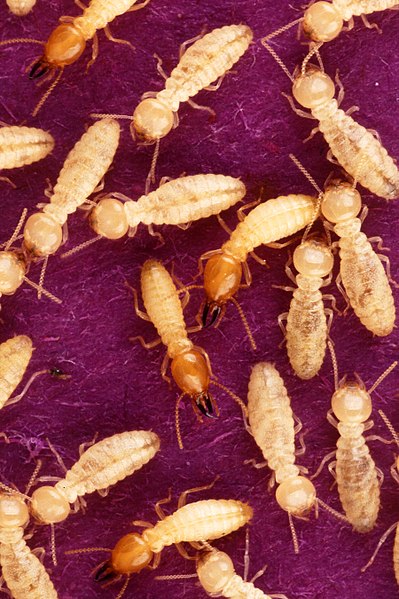 However, they live in large communities. The size of their colonies ranges from a few hundred to several million individuals. Each colony has a fertile male called ‘kings’ and one or more fertile females called ‘queens’. Furthermore, the sterile male and female individuals are ‘workers’ and ‘soldiers’. Also, the queen of termites has the longest lifespan within the whole insect world, living up to 30 to 50 years. Furthermore, termites undergo incomplete metamorphosis. 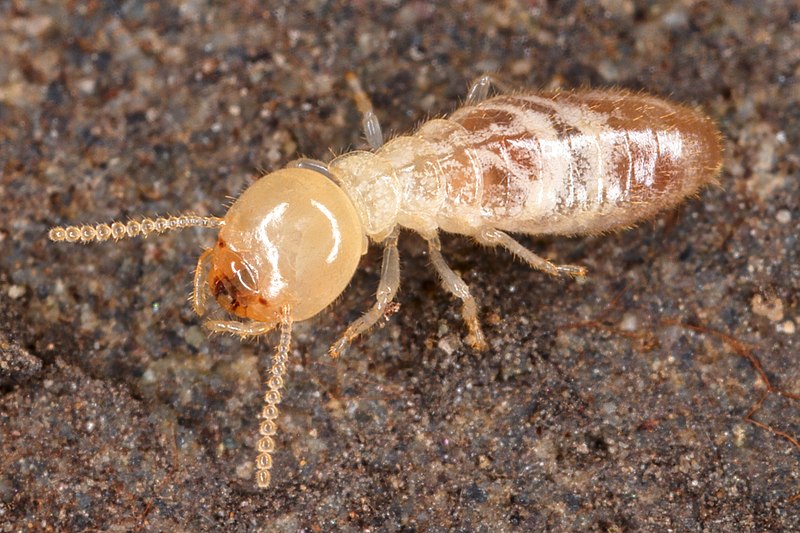 Moreover, due to the enormous colonization and due to their detritivorous behavior, termites are considered as one of the most destructive insects in the world. They are nocturnal insects that can withstand the exposure of dry air, enabling them to construct tunnels both in the wood or in the earth. Therefore, they cause damage to the wood while digesting wood.

‘White ants’ is another name given for termites due to their morphology and behavior. Generally, termites are ant-like insects with a light color or translucent body. They are also social insects.

Difference Between Termites and White Ants

Termites are a type of eusocial insects with an ant-like body. Basically, they have a pale color body with three segments: head, thorax, and abdomen. Moreover, they live as large communities. Due to these two reasons, ‘white ants’ is another name for termites. Therefore, there is no significant difference between termites and white ants.