Home » Language » English Language » Grammar » Difference Between Too and Very

The words too and very are adverbs which are also known as submodifiers in a sentence. Both these adverbs imply a sense of higher degree. One can also use these two adverbs to give emphasis to a fact mentioned. However, too and very cannot be used interchangeably. 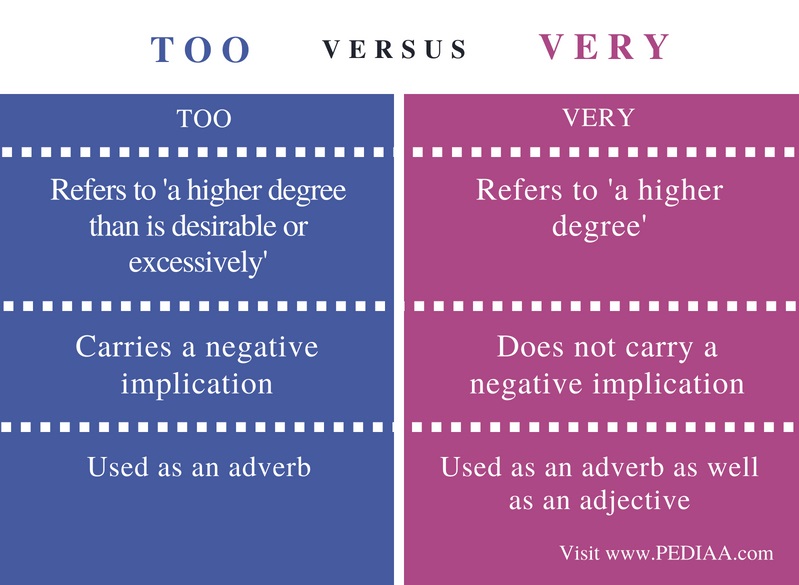 What Does Too Mean

Too acts as an adverb in English grammar which basically gives the meaning of ‘to a higher degree than is desirable, permissible, or possible; excessively.’ Therefore, in this sense, too bears a negative connotation.

Consider the given sentences:

She always said that she was too fat.

(too indicates a negative implication, where she feels depressed for being excessively fat)

The temperature was too hot for the plants to grow

He was too harsh on his child

(too emphasizes that his harshness was excessive and therefore, had negative consequences )

The cake had too much icing on it.

(too indicates the icing was excessive and therefore, the speaker did not possibly enjoy the cake)

Moreover, on some occasions, too can be used to convey the sense of ‘in addition’ or ‘also’

What Does Very Mean

Very means ‘to a higher degree’. Therefore, we can use this adverb to indicate a higher degree of something or to give emphasis to something. However, using very does not connote a negative implication like ‘too’.

She enjoyed the surprise birthday party very much. (very emphasizes that she enjoyed it a lot more than expected)

The acidity of these chemicals is very high when mixed with HCl. (very indicates a higher degree of acidity) 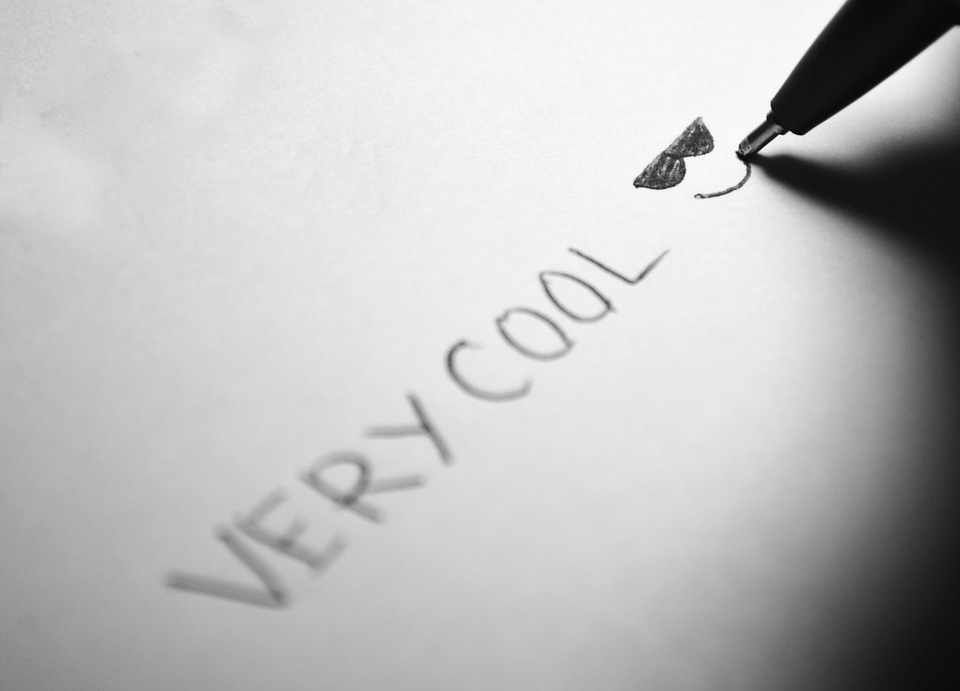 Moreover, very as an adjective can convey the meaning of ‘exact or particular.’ For example,

Those were her very words.

Similarity Between Too and Very

Difference Between Too and Very

Many people tend to confuse too and very due to their similar nature. However, a fine line can be drawn to differentiate the two with regard to their proper usage. The main difference between too and very is that too implies a negative connotation while very does not.