Flatbreads, which are a type of bread made of flour and water, have been passed down from generation to generation in different cultures. Tortillas are very popular flatbreads in the American continent. Many Mexican dishes such as tacos, burritos and enchiladas are made with tortillas. A wrap is made with a soft flatbread rolled around a filling. Flatbreads such as tortillas, pita and lavash are typically used for the wrappings in a wrap. The key difference between tortilla and wrap is that tortillas are made with unleavened dough while most wraps typically contain yeast, which is a leavening agent. 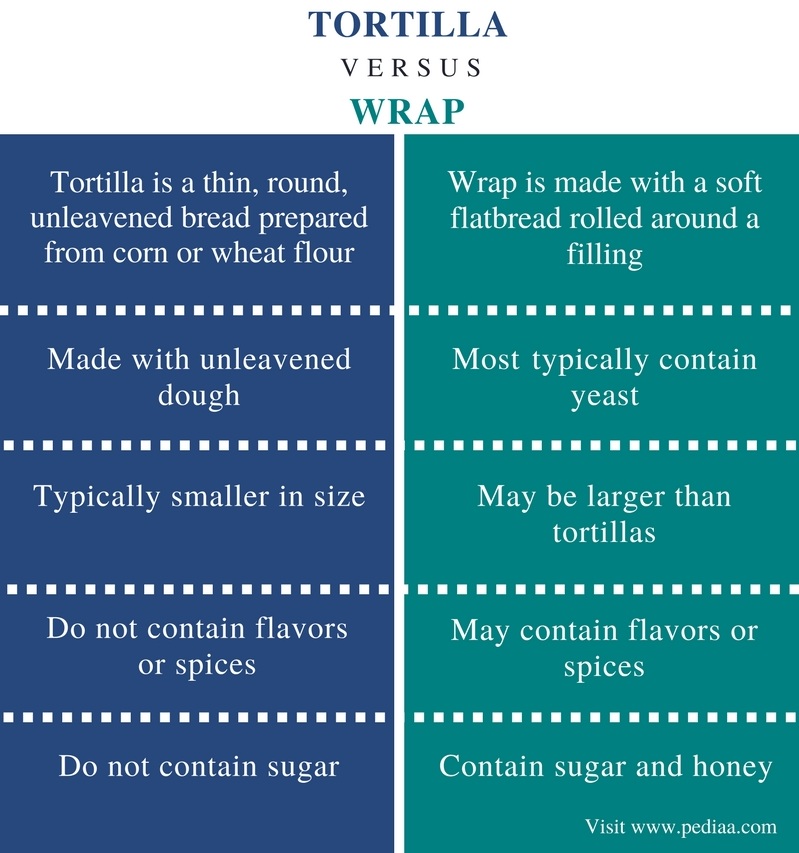 What is a Tortilla

Tortilla is a type of thin, soft unleavened flatbread. Tortillas can be made with corn flour as well as with wheat flour. But, the term ‘tortilla’ is commonly used to refer to wheat tortillas. The wheat tortilla originates from the corn tortilla. Wheat tortillas are also known as flour tortillas. It is made with an unleavened, water-based dough. 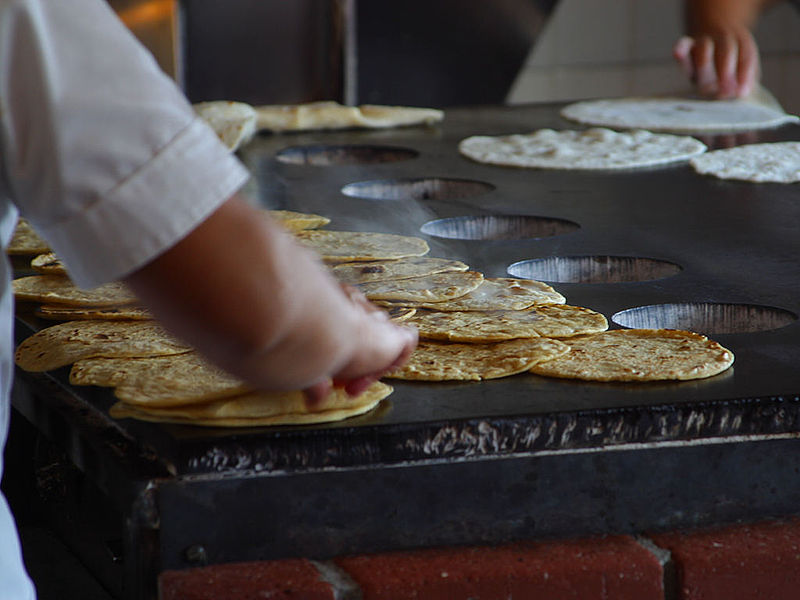 Tortillas are the basis of many other dishes, especially Mexican cuisine. They are eaten with meat, vegetables, mashed potatoes, cheese and other ingredients. Mexican food such as tacos, burritos and quesadillas are made with wheat tortillas. Corn tortillas are used for dishes such as tostadas, enchiladas, flautas, and chilaquiles. 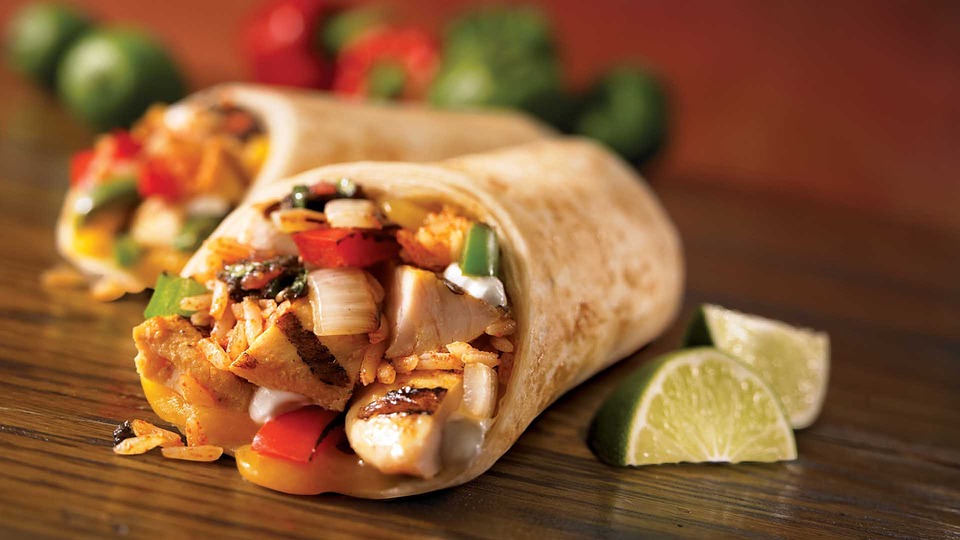 Burrito – a large wheat flour tortilla wrapped around a filling

Taco – a corn or wheat tortilla folded around a filling

Quesadilla – a tortilla filled with cheese and heated

What is a Wrap

A wrap refers to a food that is made with a soft flatbread rolled around a filling. Flatbreads such as tortillas, pita and lavash are used for the wrappings while fillings include ingredients such as meat and fish, accompanied shredded lettuce, diced tomato, grilled onions, guacamole, mushrooms, cheese, and sauce. 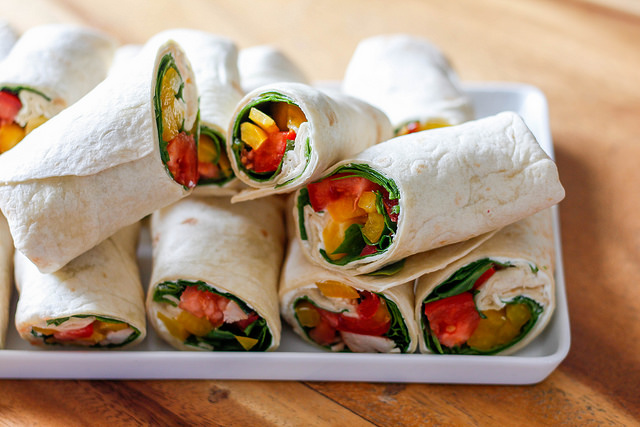 Not all wraps are made of tortillas. Wraps are typically larger than regular tortillas. This larger surface area allows more fillings. It’s also easier to cut the wrap sandwiches in half because of this size. Tortillas, however, are not cut in half.

Wraps may sometimes contain flavors and spices. They might also contain sugar or honey. But, these ingredients are never found in tortillas.

Difference Between Tortilla and Wrap

Tortilla: Tortilla is a thin, round, unleavened bread prepared from corn or wheat flour.

Wrap: Wrap is made with a soft flatbread rolled around a filling.

Tortilla: Tortillas are made with unleavened dough.

Wrap: Wraps may be larger than tortillas and cut in half.

Tortilla: Tortillas do not contain flavors or spices.

Tortilla: Tortillas do not contain sugar.

A tortilla is a thin and soft flatbread that is popular in the Americas. A wrap is made with a soft flatbread rolled around a filling. A wrap can be made with various flatbreads, including tortillas. The key difference between tortilla and wrap is that tortillas are typically made with unleavened dough whereas wraps (except those that use tortillas) typically contain yeast, which is a leavening agent.