Virus is a non-cellular, obligate parasite that is self-replicative inside a specific host cell. Virion is another form of a virus. The main difference between virus and virion is that virus is the nucleoprotein particle whereas virion is the active, infectious form of the virus. A virus consists of genetic material covered by a protein capsid. It does not show any metabolic activity. Virion is the vector stage of a virus, which allows the transmission of a virus from an infected, host cell to another host cell. Therefore, the virus is the extracellular phase whereas virion is the intracellular phase of the virus. 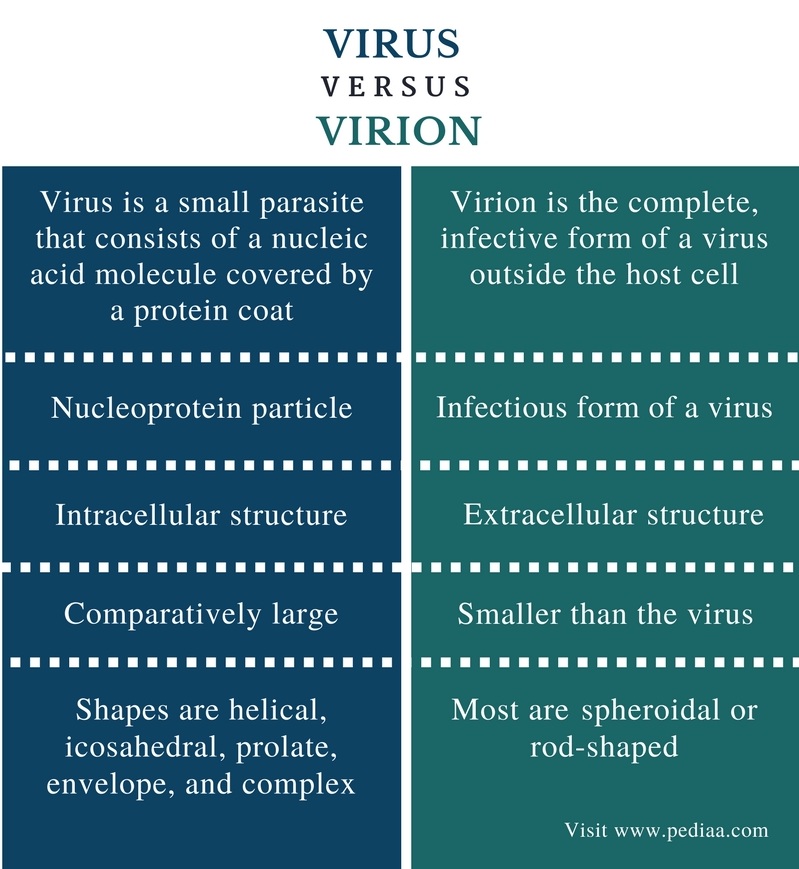 What is a Virus

Virus refers to a small parasite that consists of a nucleic acid molecule covered by a protein coat. It consists of a non-cellular organization and specific modes of reproduction. A virus is essentially a non-living entity as it does not show any metabolic activity. Typically, a virus particle consists of either a single-stranded or double-stranded, DNA or RNA genome, covered by a protein coat known as the capsid. Viruses have various sizes that range from 10–400 nm in diameter. The different shapes of a virus are helical, icosahedral, prolate, envelope, and complex. The smallest viruses such as picornavirus are little larger than ribosomes. The largest viruses such as poxviruses can be viewed under a light microscope. However, scanning or transmission electron microscope should be used for the observation of most viruses. The structure of an icosahedral virus is shown in figure 1. 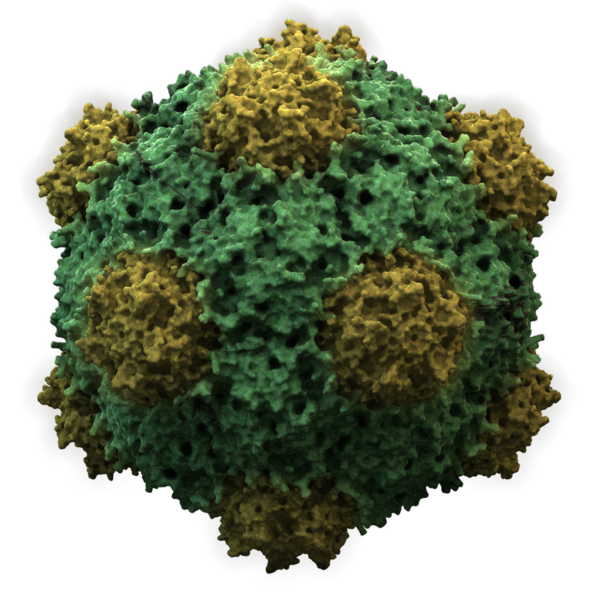 Viruses can only reproduce inside a specific host. Generally, viruses use host cell mechanism for the synthesis of new virus particles. The two types of viral reproduction methods are the lytic cycle and lysogenic cycle. During the lysogenic cycle, the synthesis of viral particles does not cause the host cell lysis. However, the host cell is lysed during the replication of viral particles. Some examples of viruses and the diseases they cause in humans are described in the table below.

Examples of Viruses and Diseases

What is a Virion

Virion refers to the complete, infective form of a virus outside the host cell. A virion is a complete virus particle, composed of either a DNA or RNA genome, and covered by a protein capsid. The genetic material is responsible for the infectivity while the proteins in the capsid are responsible for the specificity of the virus. Generally, a viron is the small, extracellular form of a virus. Virion consists of an additional outer membrane made up of lipids known as the envelope. These type of viruses can be inactivated by the exposure of the virus to organic solvents such as ether or chloroform. The structure of the IHV virion is shown in figure 2. 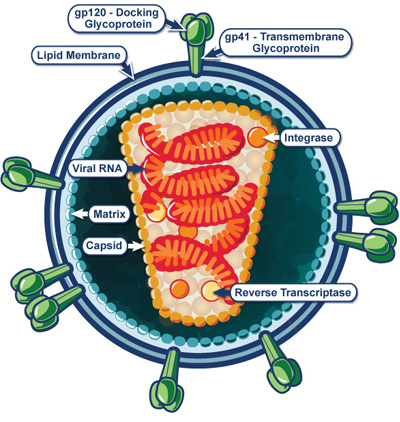 Most virions are spheroidal in shape, consisting of an icosahedral viral capsid with 20 triangular faces with regularly arranged units called capsomeres. The genome is densely coiled within the capsid. Some virions consist of a capsid with an irregular number of surface spikes. Virions of most plant viruses are rod-shaped. Their capsid resembles a naked cylinder.

Similarities Between Virus and Virion

Difference Between Virus and Virion

Virus: Virus is a small parasite that consists of a nucleic acid molecule covered by a protein coat.

Virion: Virion is the complete, infective form of a virus outside the host cell.

Virus: Virus is the nucleoprotein particle.

Virion: Virus is the infectious form of a virus.

Virus: Virus is the intracellular structure.

Virion: Virion is the extracellular structure.

Virion: Virion is smaller than the virus.

Virus: The shapes of a virus are helical, icosahedral, prolate, envelope, and complex.

Virion: Most virions are spheroidal or rod-shaped.