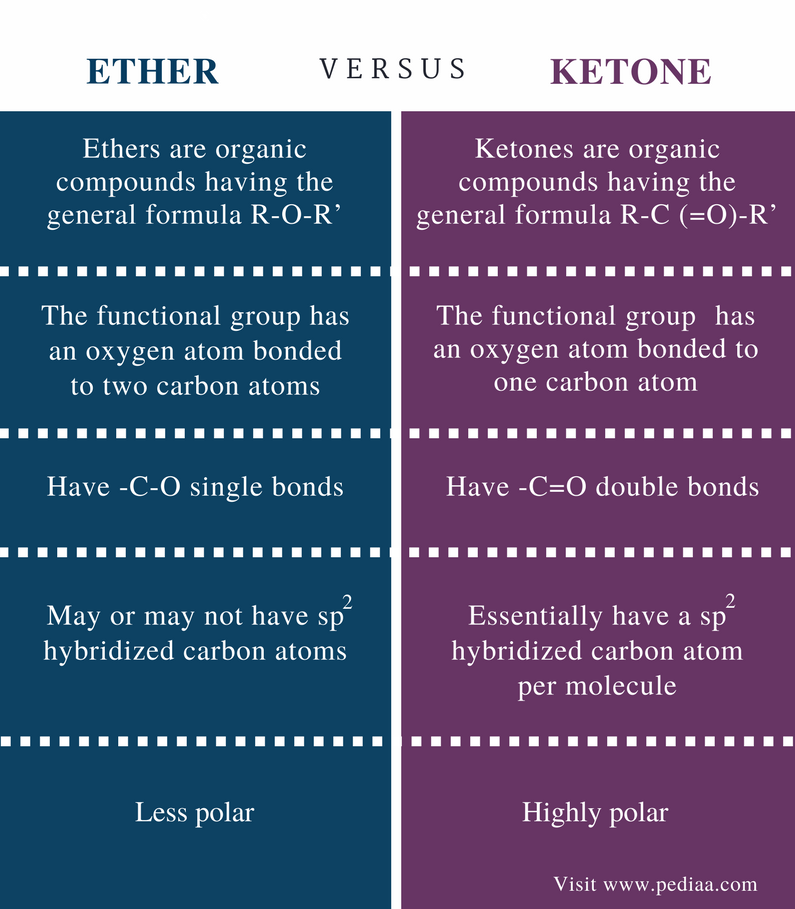 Ethers are organic compounds having the general formula R-O-R’. Here, the oxygen atom is bonded to two alkyl or aryl groups. This means the oxygen atom is essentially bonded to two carbon atoms. The presence of this C-O-C structure indicates the presence of an ether group. Therefore, it acts as the functional group of ether. This functional group determines the chemical properties and the reactions that ethers undergo.

At room temperature, ethers are sweet smelling liquids. Ether molecules cannot form hydrogen bonds because there are no –OH groups since the oxygen atom is bonded to two other carbon atoms. This makes the ethers to have lower boiling points than that of corresponding alcohols and other organic compounds. Therefore, ethers are highly volatile and flammable. Ethers are also less soluble in water due to the same reason. But, the oxygen atom of ether molecule has lone electron pairs, and the hydrogen atoms of water molecules have a partial positive charge. Therefore, ethers can make hydrogen bonds with water molecules.

Although the functional group of ether is inert towards most chemical reactions, there are some common reactions that ethers can undergo. This inertness is helpful in using them as solvents. The most common type of reaction that ethers show is the cleavage reaction. Here, one C-O bond is cleaved by strong acids. Apart from that, in the presence of air and oxygen, ethers form explosive peroxides. 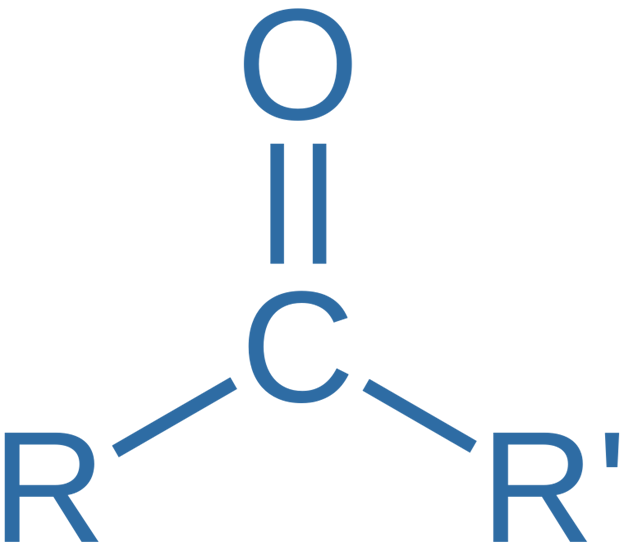 Figure 2: The General Structure of Ketones

The –C=O bond is highly polar. This makes the carbon atom partially positively charged. Then, this carbon atom can be attacked by nucleophiles. The type of reaction that takes place here is called nucleophilic addition reaction. There are many other reactions that involve ketones as reactants. For example, the Grignard reaction can occur in the presence of a ketone and the Grignard reagent. This reaction converts a ketone into an alcohol.

Difference Between Ether and Ketone

Ether: Ethers are organic compounds having the general formula R-O-R’.

Ether: The functional group of ethers has an oxygen atom bonded to two carbon atoms.

Ketone: The functional group of ketones has an oxygen atom bonded to one carbon atom.

Bonding Between Carbon and Oxygen

Ether: Ethers may or may not have sp2 hybridized carbon atoms.