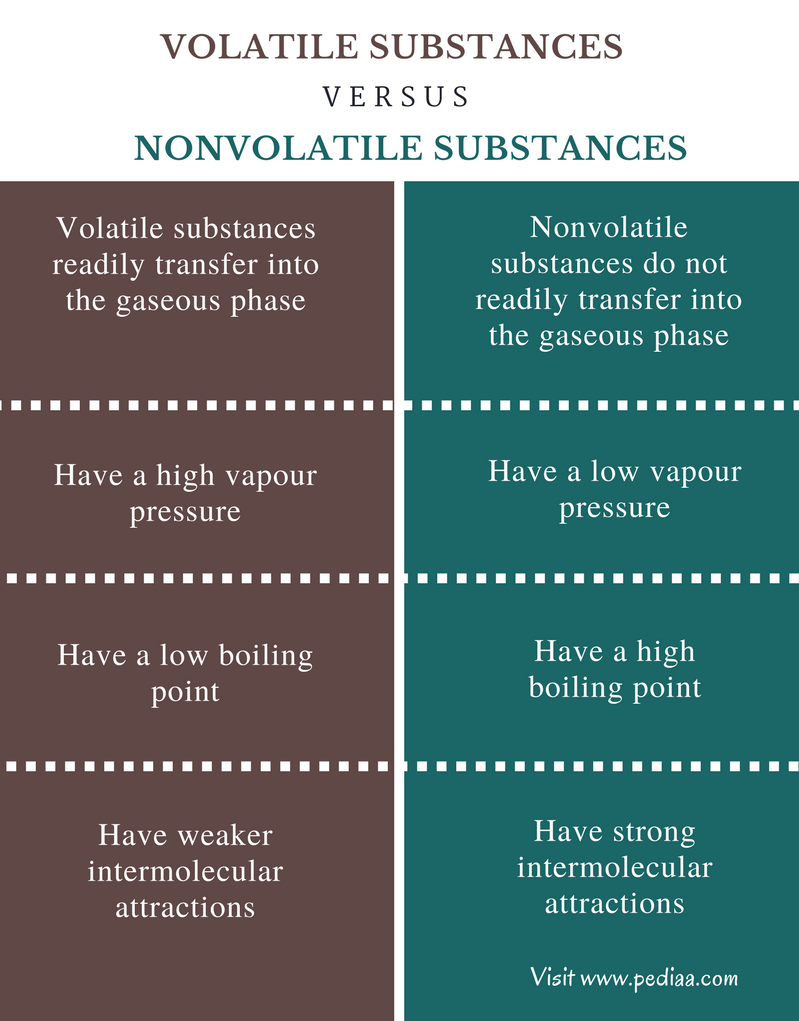 The volatility of a substance is affected by the strength of intermolecular forces. For example, water is not readily volatile at room temperature and needs to be heated in order to evaporate. This is because of the hydrogen bonding between the molecules. As hydrogen bonds are much stronger, water has a higher boiling point and comparatively lesser volatility. In contrast, non-polar organic solvents such as hexane are readily volatile since they have weak Van Der Waals forces. Therefore, they also have low boiling points.

What are Volatile Substances

Volatile substances are the substances which have a higher capability to transfer into the vapour phase. They have much weaker intermolecular attractions, hence can be easily transformed into the vapour phase. They also have higher vapour pressures and lower boiling points. Most organic compounds are volatile. They can be easily separated using distillation or rotary evaporators by providing only a small amount of heat. Most of them evaporate at room temperature when exposed to air. This is because of the weak intermolecular forces.

Let’s take acetone as an example. Acetone (CH3COCH3) is a highly volatile compound, which readily evaporates off when exposed to air. When a little amount of acetone is poured into a watch glass and kept for some time, the acetone molecules at the top most layer easily get released from other molecules and transform into the vapour phase. This exposes the next layers, and eventually, all the remaining acetone molecules transform into the vapour phase.

Most of the products we use on a daily basis contain volatile substances. Some examples include fossil fuel, paints, coatings, perfumes, aerosols and etc. These are somewhat harmful to health. Organic volatile compounds can retain in the atmosphere and enter our systems through inhalation. These compounds can cause harmful effects on chronic exposure. Furthermore, these cause harmful environmental conditions such as global warming and ozone layer depletion. 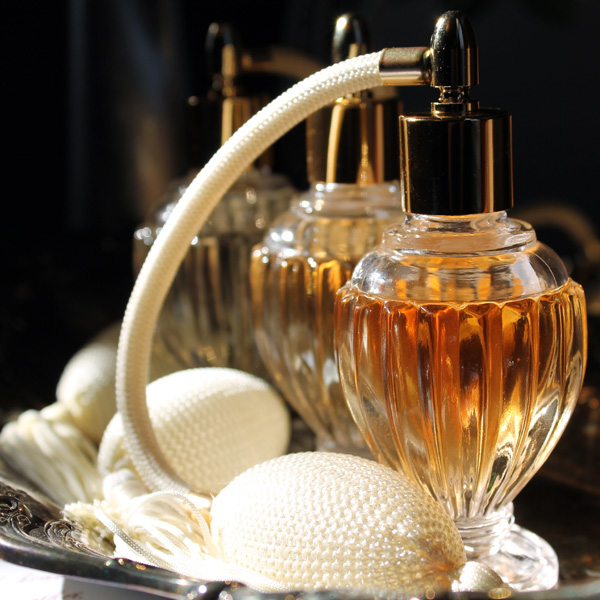 Figure 1: Perfume, an example of a volatile substance

What are Non-Volatile Substances

Compounds which do not readily turn into vapour are called non-volatile compounds. This is mainly due to their stronger intermolecular forces. The common features of such compounds are lower vapour pressure and high boiling points. The presence of a solute in a solvent lowers the ability of that particular solvent to evaporate. However, after evaporation, the non-volatile solute will not appear in the vapour phase of the volatile solvent. 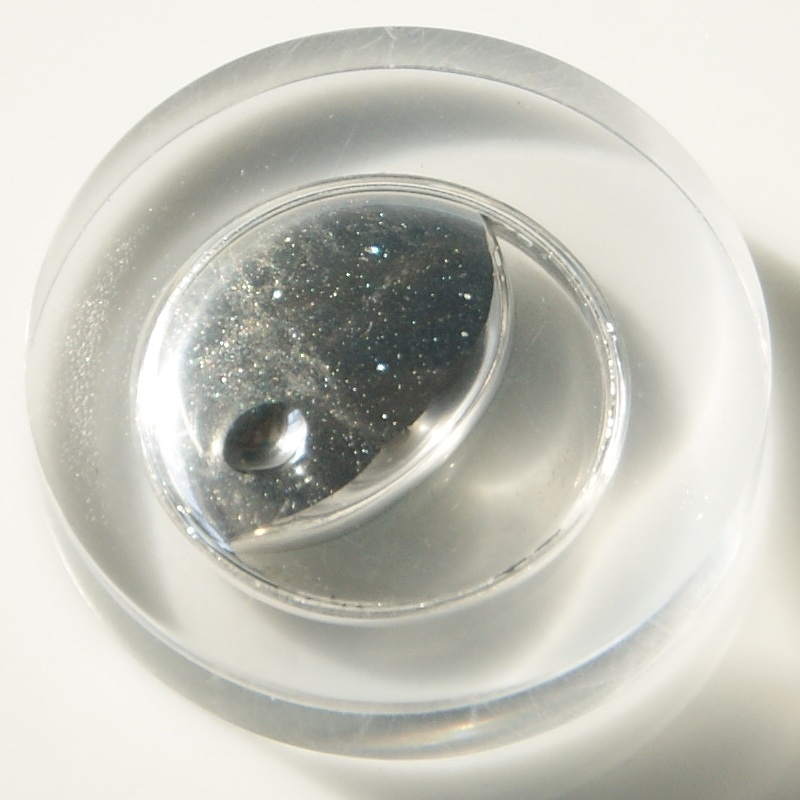 Difference Between Volatile and Nonvolatile Substances

Nonvolatile Substances: Nonvolatile substances do not readily transfer into the gaseous phase.