Yams and sweet potatoes are angiosperms (flowering plants) and known as one of the main staple starchy food group. They are more or less similar in their morphological and physiological features and it becomes difficult to separate those different features correctly and distinguish one from the other. However, their botanical classification is the predominant feature that can be used to differentiate them. Yams are monocots (a plant having one embryonic seed leaf) and are known as monocot plants and belong to the Dioscoreaceae family. In contrast, sweet potatoes are dicot plants or in other words, a plant having two embryonic seed leaves and belong to the Convolvulaceae family. This is the main difference between yams and sweet potatoes.

Yams belong to the family Dioscoreaceae and are grown in larger quantities and provide more food energy and carbohydrate for the entire world. In addition, they are considered as staple crops in many Asian and African countries. They are perennial herbaceous vines and are closely related to grasses or lilies. There are over 600 varieties of yams and almost all the varieties are cultivated in Africa. Edible yam tubers vary in size and shape. For example, tubers can grow up to 1.5 meters in length and weigh up to 70 kg.  The tuberous yam vegetable has a very rough and pebbly skin which is difficult to peel, but which softens after boiling. The peel of yams varies in color from dark brown to light pink. Yams are a rich source of macronutrients and micronutrients as well as bioactive phytochemicals (polyphenols, flavonoids, anthocyanin, carotenoids etc.). However, immature yams may contain tannin and phytic acid as anti-nutritional factors and bitter toxic compounds. 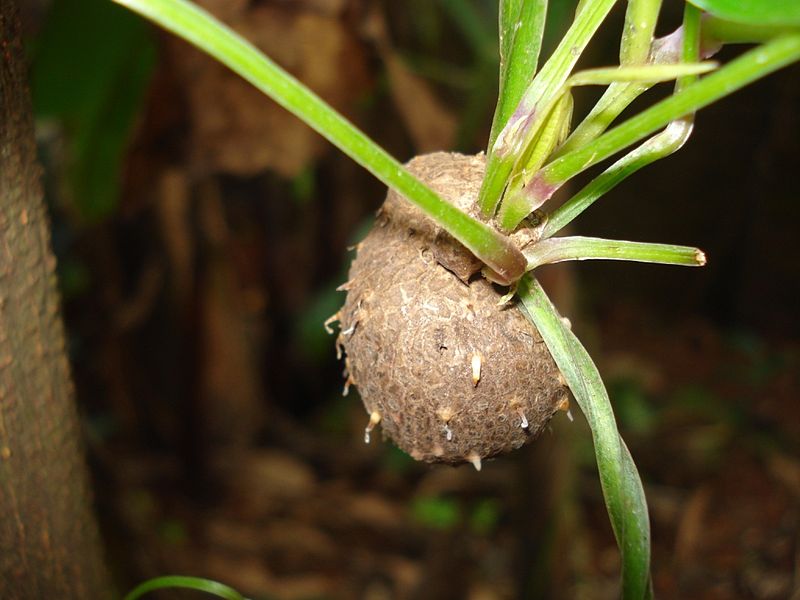 What are Sweet Potatoes

Sweet potatoes (Ipomoea batatas) belong to the family Convolvulaceae also known as morning glory family and are big, starchy, sweet, tuberous root vegetables. Sometimes fresh and immature leaves and shoots are also used for consumption. They are used as food for humans as well as animals. Sweet potatoes are cultivated agriculturally, primarily for their human food grain seed, for livestock forage, silage production, and as soil-enhancing green manure. The peel color varies in color from white to yellow, red, purple or brown. The edible flesh also varies in color from white to yellow, orange, or orange-red. Some selected soft varieties of sweet potato are also known as yams in some parts of the United States and Canada. 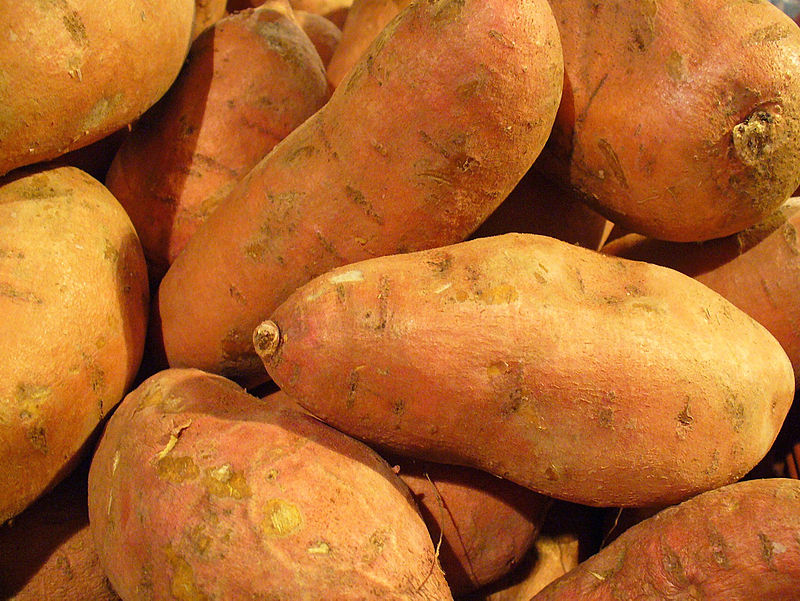 Difference Between Yams and Sweet Potatoes

Yams and sweet potatoes may have substantially different properties and applications. These differences may include,

Yams: Yams are classified under different genera of Dioscorea/ Dioscoreaceae family. It consists of more than 600 varieties, and major cultivated species include;

Sweet potatoes: Sweet potatoes belong to the family Convolvulaceae and its botanical name is Ipomoea batatas. It consists of 50 genera and more than 1,000 species.

Categorization Based on Cotyledons

Yams: Yams are inborn to Africa and Asia.

Yams: Tuber, and immature leaves and shoots of some varieties are edible.

Sweet potatoes: Roots and immature leaves and shoots are edible.

Yams: They have a rough and scaly appearance.

Sweet potatoes: They have a smooth appearance with a thin skin.

Yams: The shape is long, cylindrical, some have “toes”.

Sweet potatoes: The shape is short, blocky, with tapered ends.

Yams: The color of the flesh is white, yellow, purple or pink

Yams: Yams have a starchy taste.

Taste and Mouth Feel of Flesh

Yams: Yams have a starchy taste and dry mouth feel.

Yams: Yams are usually very low in Beta-carotene and it is not considered as vitamin A rich source

Sweet potatoes: Sweet potatoes are usually high in Beta-carotene and it is considered as vitamin A rich source.

Categorization Based on Firmness

Yams: Yams are not categorized based on the firmness.

Sweet potatoes: Two types and they are,

In conclusion, both yams and sweet potatoes are tuberous root vegetables that derive from a flowering plant, but they are not botanically related to each other. 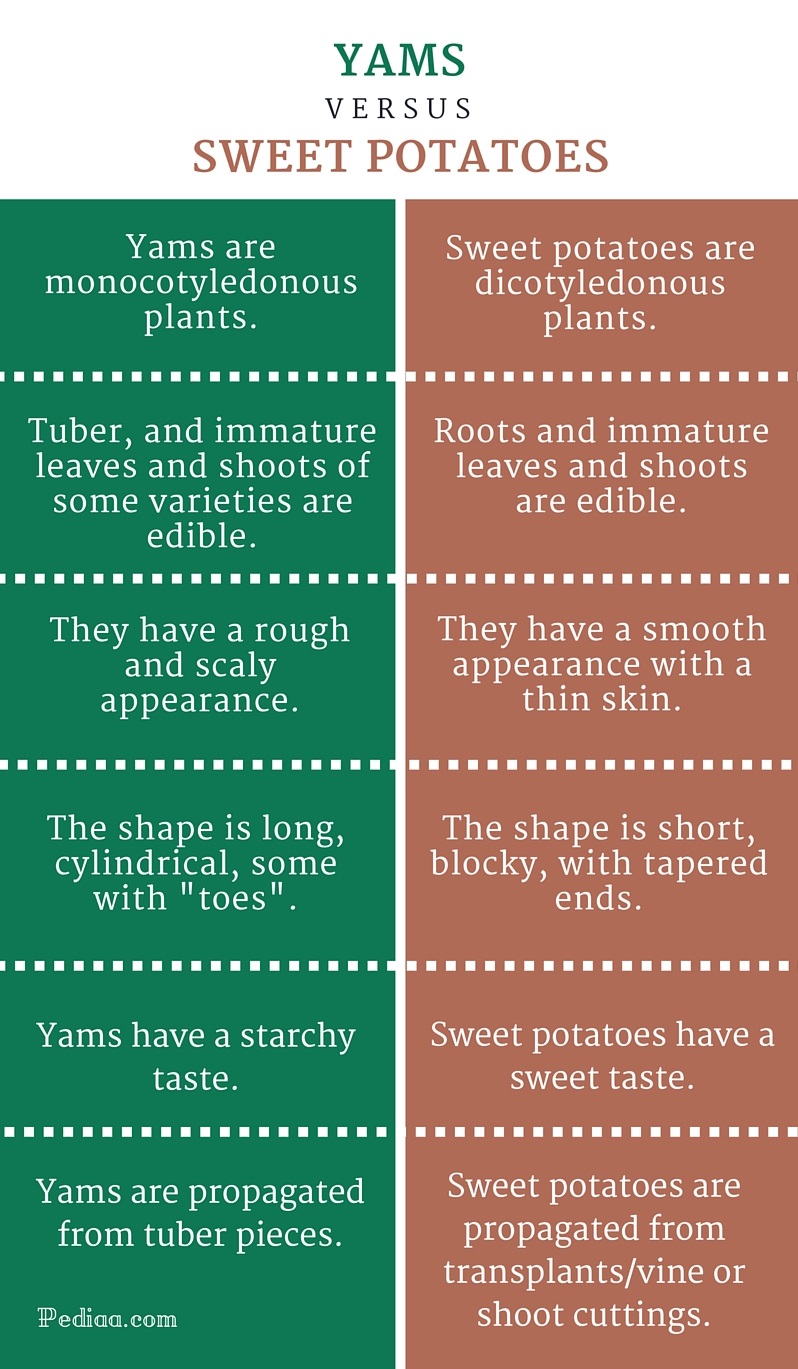