The main difference between zucchini and cucumber is that zucchini has a sweet flavor, whereas cucumber has a watery flavor due to the high content of water.

Although both zucchini and cucumber have a similar shape, there are slight differences between them, including their taste and uses. 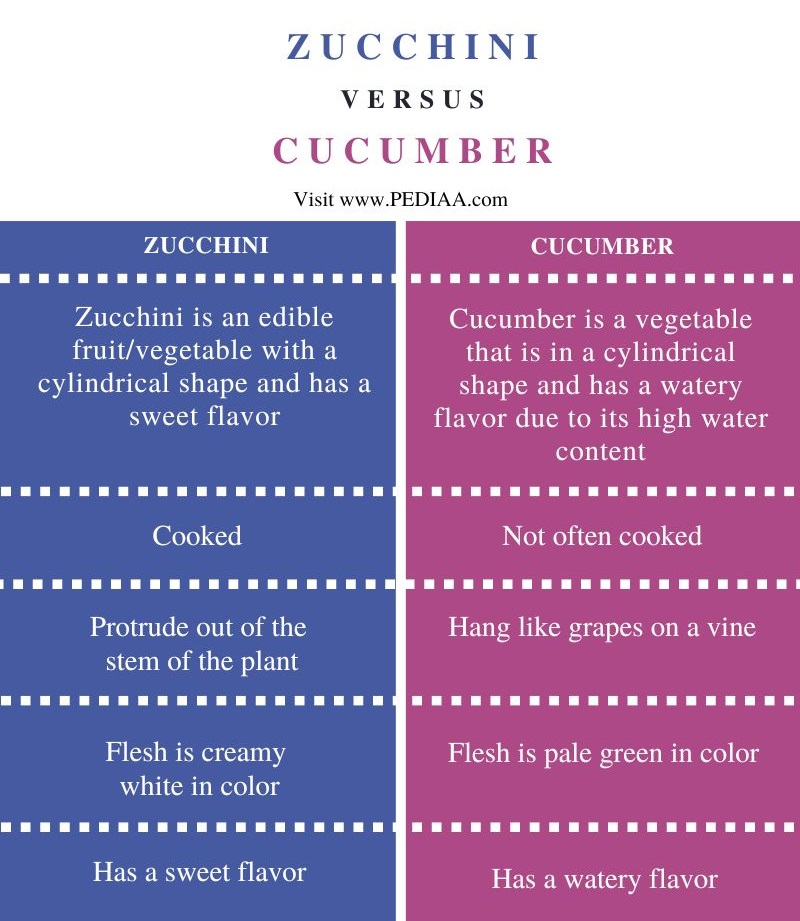 Although zucchini is typically identified as a vegetable, it is a fruit. Zucchini has a cylindrical shape and is usually dark green in color. The zucchini plant is also a type of gourd. Zucchinis are known as summer squashes; summer squashes are harvested when immature. At this stage, the peel of the fruit is tender and edible. Zucchini has seedy flesh inside, and the flesh is creamy white in color. Zucchini plants have big heart-shaped leaves, and the fruits protrude out of the stem of the plant. 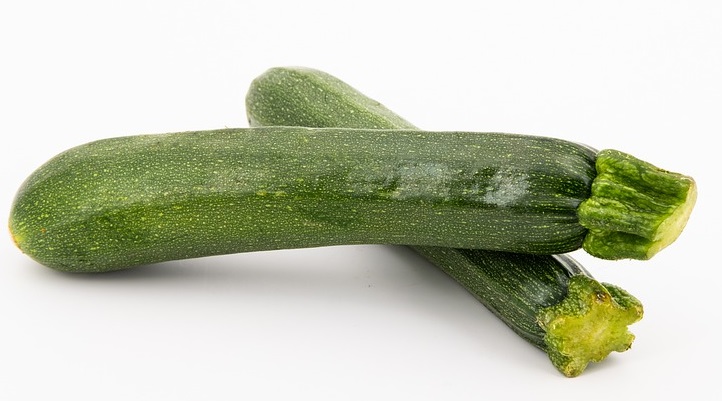 Zucchinis have a very mild flavor with a mixture of slight sweetness and slight bitterness. The sweetness of zucchini is more prominent when it is cooked, while the bitter taste can be tasted when it is consumed raw. There are many dishes we can make with zucchini. However, the common preparation is roasting and baking alongside other vegetables. Raw zucchini is also used in vegetable salads and is sometimes cut into strips to be served with dishes like pasta. Furthermore, zucchini is rich in vitamin C and also contains vitamin K, magnesium, and potassium.

Cucumber is a vegetable that is cultivated in many parts of the world. Cucumbers are cylindrical in shape and dark green in color. The cucumber also belongs to the gourd family. They have a light sweet flavor because of their high-water content. Cucumber skin also has a refreshing taste. Nevertheless, some people remove the skin to get the texture. People consume them raw or after cooking. When it is cooked, it maintains a slight crunch. People often eat raw cucumbers in dishes like salads, sandwiches, and raita. Cucumber salads contain other vegetables like tomatoes, avocados, and red onions. People rarely cook cucumbers. Asian foods usually contain cooked cucumbers. 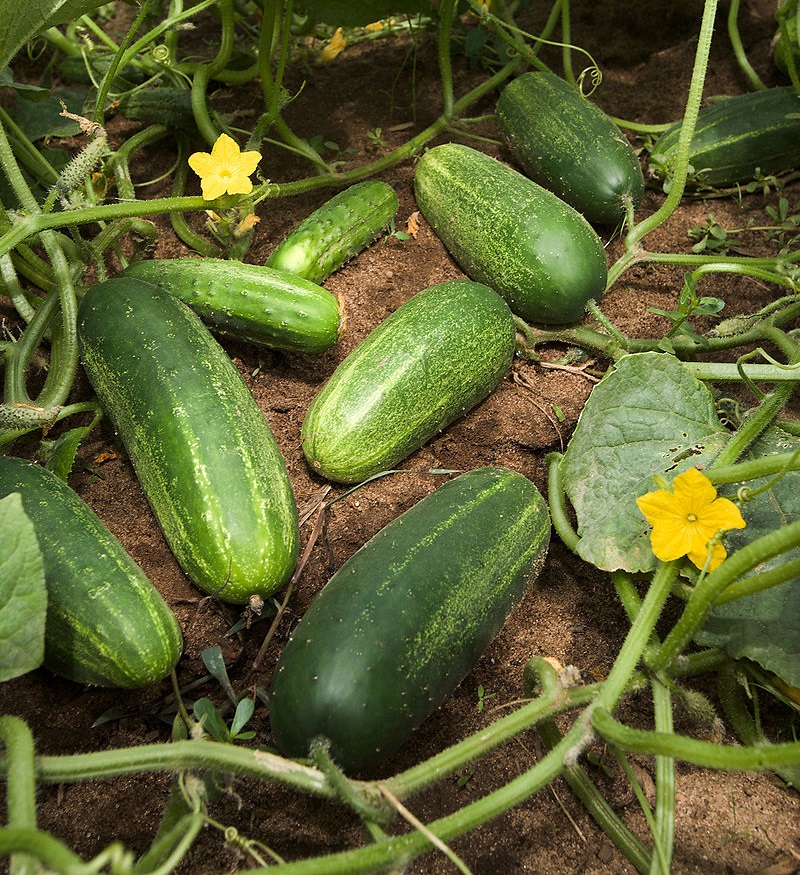 Cucumbers have seedy flesh, and the flesh is a pale green color. The seed of a cucumber is visible and black in color. Most cucumbers have a bumpy outward appearance, but some varieties have smooth skin. There is coolness and crunch in cucumbers. Therefore, people often serve them raw. People also use fresh cucumbers in pickles. Cucumbers have nutrient values like vitamin K, magnesium, and potassium. The fruit of cucumber hangs like grapes on a vine. There are different types of cucumbers, such as salad cucumber, Indian cucumber, Scandinavian cucumber, and lemon cucumber.

Similarities Between Zucchini and Cucumber

Difference Between Zucchini and Cucumber

Although zucchini is cooked, cucumbers are not often cooked.

Zucchinis protrude out of the stem of the plant, whereas the fruit of cucumber hangs like grapes on a vine.