The main difference between rhubarb and beetroot is their taste. Rhubarb has a tart taste, while beetroot has a sweet taste.

Rhubarb and beetroots are two vegetables that have a bright red color. Their bright color makes them useful in salads. Despite their similar colors, there are many differences between these two vegetables. 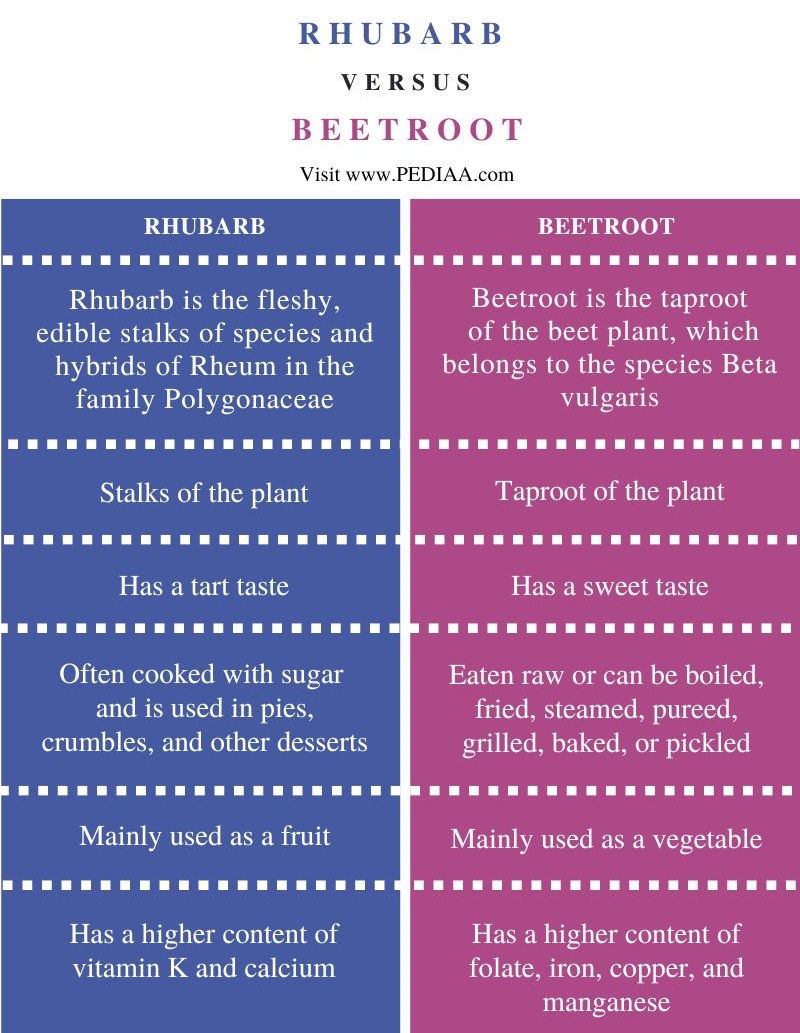 Rhubarb is the fleshy, edible stalks of species and hybrids of Rheum in the family Polygonaceae. The rhubarb plant is an herbaceous perennial that grows from short, thick rhizomes. The pink stalks of the plant are the edible parts. Raw stalks have a crisp texture similar to celery. The leaves of the plant are large and triangular and contain a lot of oxalic acid and anthrone glycosides, which makes them inedible. 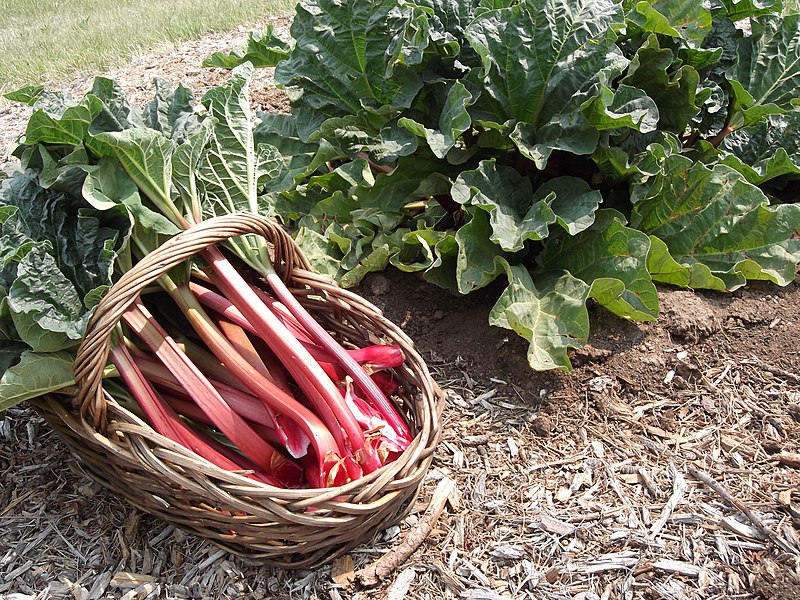 Raw rhubarb is sour, with a mouth-puckering effect similar to lemon. But raw rhubarb stalks are edible and completely safe. Due to this sour taste, people often cook rhubarb with a lot of sugar. When cooked in this way, it has a quite pleasant tart taste. Most people associate the taste of rhubarb with that of strawberries, and therefore, often they pair these two together. Both are commonly available in the spring, and the sweet flavor of strawberries counteracts the sour flavor of rhubarb.

Although rhubarb is considered a vegetable, it often has the culinary uses of a fruit. Thus, like fruits, you can cook them with sugar and can use them in crumbles, pies, and other desserts.

Beetroot is the taproot of the beet plant, which belongs to the species Beta vulgaris. It is also known as beet, garden beet, and table beet. Beetroot has a deep purple or maroon color. It has a sweet taste, but it is low in calories and is full of fiber. It’s also a good source of folate and potassium. In addition, beetroots are known to help prevent heart disease. 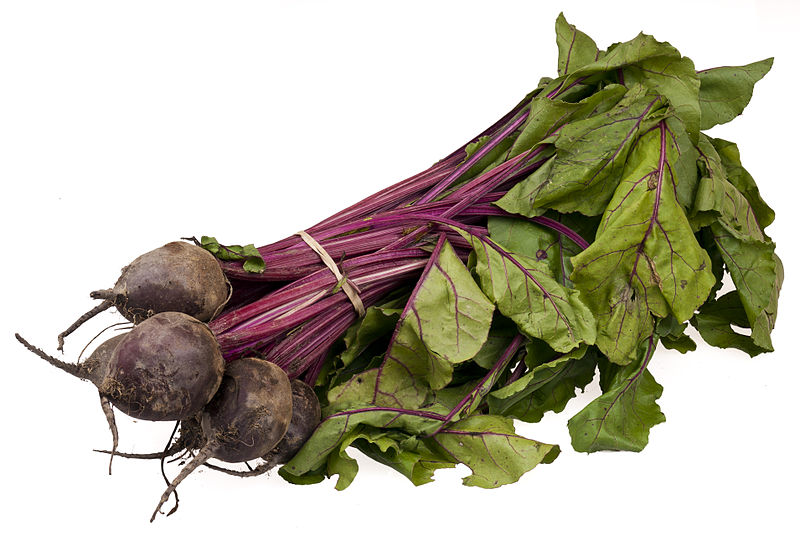 Beets can be cooked in a variety of ways. When eating them raw, you have to peel the beets first. The top and bottom parts of the beet are not suitable for consumption. When cooking, you can leave the skin on until it’s loose enough to fall off. Beetroots can be boiled, fried, steamed, pureed, grilled, baked, or pickled. You can also use beetroots in a salad or a side dish. Eastern Europeans make beetroot soups, such as borscht. The leaves of the root are also edible and can be used in salads.

Difference Between Rhubarb and Beetroot

Rhubarb is the fleshy, edible stalks of species and hybrids of Rheum in the family Polygonaceae, while beetroot is the taproot of the beet plant, which belongs to the species Beta vulgaris.

Part of the Plant

Rhubarb has a tart taste, while beetroot has a sweet taste.

Rhubarb is often cooked with sugar and is used in pies, crumbles, and other desserts, whereas beetroot is eaten raw or can be boiled, fried, steamed, pureed, grilled, baked, or pickled.

Both rhubarb and beetroot are vegetables, but rhubarb has culinary uses similar to those of fruits.

Rhubarb is the edible stalks of the Rheum plants in the family Polygonaceae, whereas beetroot is the taproot of beet plants. The main difference between rhubarb and beetroot is their taste. Rhubarb has a tart taste, while beetroot has a sweet taste.