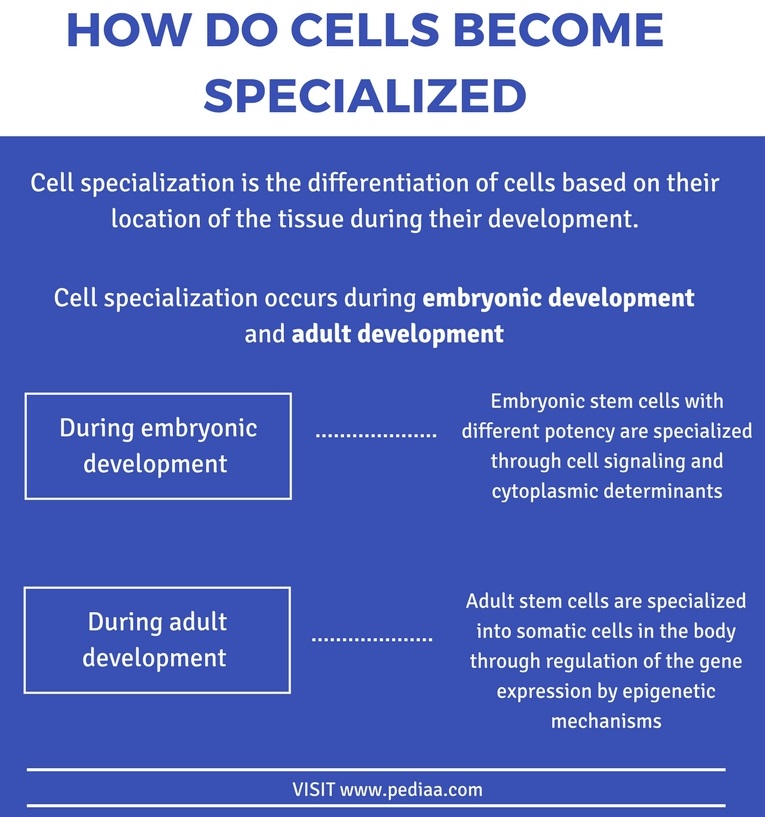 What is Cell Specialization

The cell specialization changes the size of the cell, shape, metabolic activity, membrane potential, and the responsiveness to signals.

How Do Cells Become Specialized

Different types of cell specialization can be observed in different developmental stages of life. 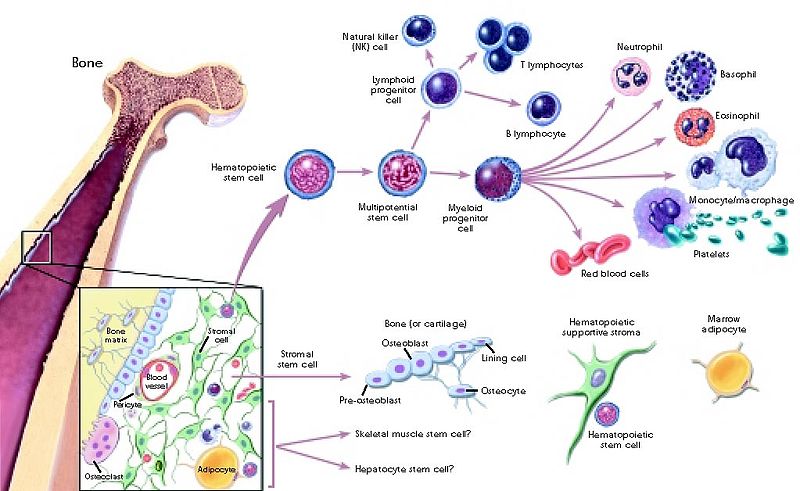 Multicellular organisms have different types of cells that are specialized to perform a particular function in the body. The cells that perform a certain function are arranged into tissues. Therefore, a particular tissue consists of cells with a defined function. The unspecialized cells in the adult body are known as adult stem cells. The differentiation of hematopoietic stem cells into specialized cell types in the blood is shown in figure 3. 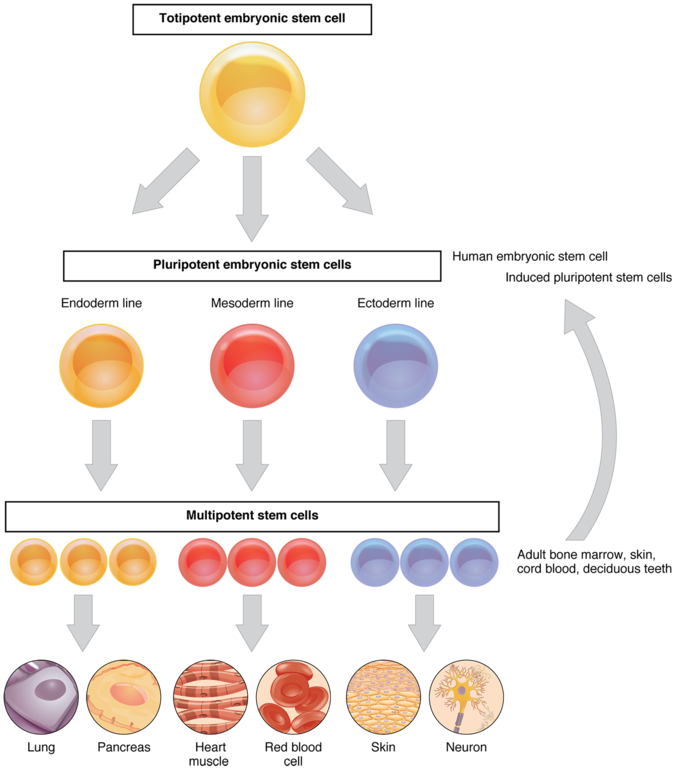