Home » Geography » How Does the Biogeography of Fossils Support Evolutionary Theory

Before discussing the main topic, ‘how does the biogeography of fossils support evolutionary theory’, let’s first figure out what biogeography is! It is said that the field of biogeography is concerned with the distribution of species in relation to both geography and other species. Biogeography comprises of two disciplines:

Historical biogeography –  concerned with the origins and evolutionary histories of species on a long-time scale.

Ecological biogeography – concerned with the current interactions of species with their environments and each other on a much shorter timescale.

Therefore, when talking about biogeography fossils and evolution theory, both these disciplines are taken into account.

What are Fossil Records

Fossils are remains of any type of species from the past. Fossils are found as a result of excavations and experiments done by geographers and archaeologists. In short, fossil records provide a large part of the information that is needed to determine the distributions and the past interactions of the world. Therefore, fossil records or fossils actually provide us with a glimpse into the past where common ancestry is proposed to have taken place. These fossils may appear very simple at the beginning. yet over time with the base been updated with various kinds of new discoveries the characteristics and the connections it tends to have become more complex. Moreover, it is being revealed that the characteristics of newer organisms frequently appear to be modified forms of characteristics of the older organisms.

What is Evolution Theory

The Evolution theory came into being popular with Charles Darwin’s island experiments on different kind of species and his conclusion on their evolution with time and space. The Evolution theory is much discussed in Darwin’s book On the Origin of Species, which was written in order to identify the patterns in nature that were consistent with evolution.

According to him, species evolution has taken place over time, and the current form of species that live in the world is connected to its origin or its birth species, that might have lived thousand and million years ago. In order to explain this situation, he used the Great ape embryos, in connection with the present-day humans. According to Darwin, the present-day living humans had a tail structure during their development, and with the evolution of time, its birth and space lost it. With the gathering of fruits and the development of space and environment intelligence, the great ape developed into the present-day human. Therefore, he explains that species may lose their physical attributes according to the space they live in, just like the ape turned gradually into a man without a tail. If we take a close look, we can find at least a few connections between human and apes. The only thing that differs is the evolution of language the humans use and their function of their brains, other than that we do can assume that we are quite similar to each other. 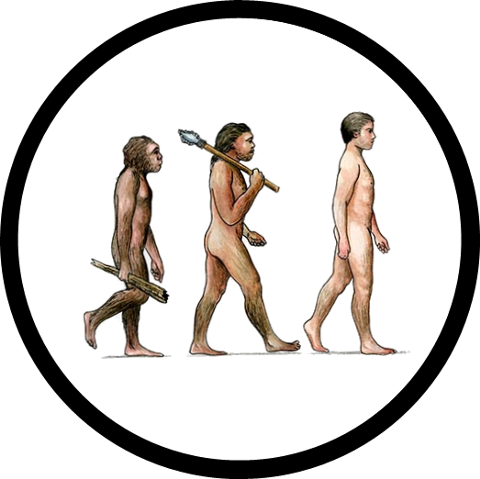 How Does the Biogeography of Fossils Support Evolutionary Theory

In order to support his theory, Charles Darwin used biogeography fossils and the evolution of the world as a whole.

As we all know, there is an ideology that the world that we see today is also in a process of evolution and development. According to the German geophysicist Alfred Wagner’s theory of Continental drift, the so-called evolution theory is possible. The continental theory compromises of a land called Pangaea. The five continents that we see today were together as one land. As a result of the evolution process, they have been dispersed into different continents, over time.

A rare plant species that can only be seen in coastal areas and an animal species that is unable to swim has been discovered from these areas. Therefore, it is predicted that these lands might have been connected together as one in the past. 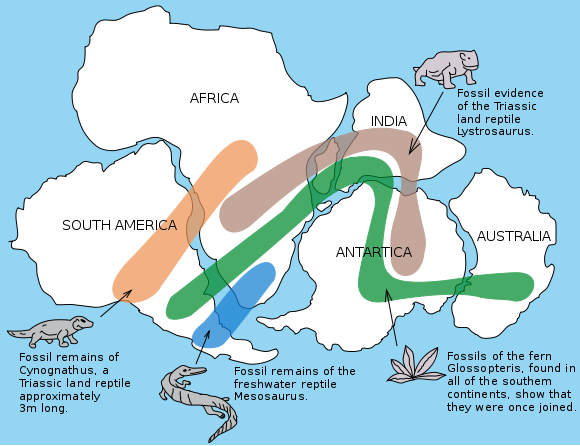 About the Author: Gaya Kodikara