Home » Countries » India » What are The Top 10 Indian Cities

Since India is a vast country with hundreds of cities and towns besides thousands of villages, you must be curious to know what are the top 10 Indian cities that you could visit or live. New Delhi is the capital of India, while Mumbai is termed as the commercial capital of India. There was a time not so long ago when these two along with Kolkata and Chennai were the only prominent cities known outside India. Much progress has taken place in the last few decades and many new, big and small cities have emerged on the map of the country that are known to not only people in the country but also to the tourists coming from abroad. If what are the top 10 Indian cities is a question on your mind, read this article to know about these cities that are ranked according to their livability index.

Mumbai is the capital of Maharashtra. It is not just the commercial, but also the entertainment hub of India because of the presence of the movie industry called Bollywood. The city is known for its millionaires as well as high rise buildings, planned infrastructure, transportation facilities, educational institutions, and the vast business opportunities that it presents to the people.

Chennai is the capital of Tamil Nadu and probably the best city in South India. It is termed as the cultural capital of the southern part of India. It is the leader in the automobile industry and known for its cleanliness and high quality of living. 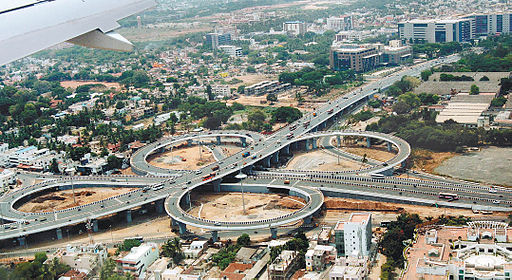 Kolkata is a historic and an ancient city that is the capital of West Bengal. It is the cultural hub of India that is referred to as the City Of Joy. Though it is struggling with the issues of overpopulation, traffic and pollution at present, Kolkata remains one of the top cities of India.

Delhi is the heart of India being the capital of the country. It is the administrative center of the country but also very important from the point of tourism. It has seen much development in recent decades and boasts of a very fast and efficient transit system.

Bengaluru is the capital of the southern state of Karnataka and known for its planned development and advance culture. It is referred to as the Silicon Valley of India because of the headquarters of most of the big IT companies of India.

Known as the diamond capital of the world, Surat is a very rapidly growing city in Gujarat and known for its extreme cleanliness. It is also known for its textile and chemical industries.

Jaipur, also called the Pink City, is the capital of Rajasthan. It is a very popular tourist destination having lots of ancient palaces and historic monuments. It is renowned for its gold and diamond jewelry. Jaipur is a gorgeous and clean city frequented by westerners.

Hyderabad is a very well known and most developed city of India that is the capital of Andhra Pradesh. It is emerging as a very important hub in the field of information technology. It is also known for its development in the fields of biotechnology and pharma sectors.

Gurgaon has emerged as a top industrial city in the recent decades. It is a well-planned city in the state of Haryana that is very well developed and also very prosperous. It has been chosen by many large companies to be their headquarters because of the very good and developed infrastructure.

NOIDA is an acronym that stands for New Okhla Industrial Development Authority. It is a city that falls in the state of UP, but included in the National Capital Region. It is the most advanced urban region in the country with great infrastructure, planned development, and the presence of all modern amenities.

There are many more developed cities in India such as Pune, Ahmedabad, Chandigarh, Agra, Ludhiana, Meerut, Varanasi, etc. that deserve to be included in the top cities of the country.